14 killed in blast in Pakistan`s Karachi 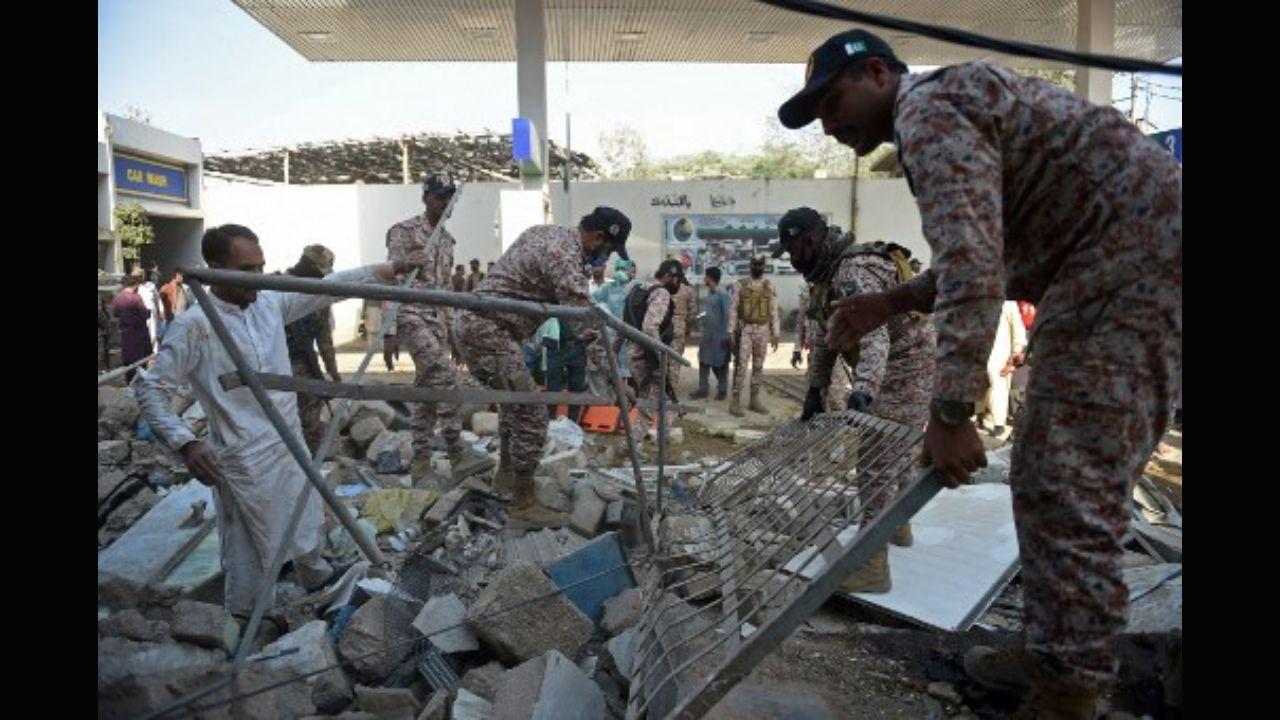 At least 14 people were killed and 12 others injured in Pakistan`s financial capital of Karachi on Saturday when a powerful blast, apparently triggered by a gas explosion in a covered sewage channel, ripped through the building of a private bank situated on it, police said.

Most of the casualties are reportedly customers and staff present inside the HBL bank which was built on top of a covered sewage channel in Karachi`s Shershah area and collapsed following the explosion, the Express Tribune newspaper reported.

An adjacent filling station was also damaged due to the explosion.

Karachi Administrator Murtaza Wahab said that an investigation was under way to ascertain the cause of the blast.

The Express Tribune said at least 14 people, including father of the ruling Pakistan Tehreek-e-Insaf`s member Alamgir Khan, were killed in the blast.

An initial report of the Bomb Disposal Squad (BDS) said that the explosion was caused by a build-up of gas in the sewerage line.

A senior official was quoted in the report as saying that that counter-terrorism officials were also probing the explosion.

A police spokesperson clarified that there was no lead suggesting that the blast might be linked to terrorism, Geo TV reported.

Meanwhile, Sui Southern Gas Company (SSGC), said that there was “no SSGC gas pipeline” in the area, the report said.

Negating the BDS` report, the SSGC said, “It is important to note that neither were flames visible nor was there smell of natural gas in the area — which is a clear indication that the blast is not linked to any of SSGC`s pipelines.” Police said that the bank building was built on a narrow watercourse having sewerage and gas lines, making it difficult to ascertain whether the explosion was due to accumulation of gas in the sewerage line or something happened with the gas pipeline or explosive material was placed there.

“We have no idea whether it was a gas blast. Our first priority is the rescue operation and then we can determine the cause of the explosion,” said Sharjeel Kharal, Police Deputy Inspector General (DIG) for the South region.

Footage of the blast showed a damaged building and debris on the ground along with damaged vehicles as rescue workers were trying to retrieve the injured.

According to a report in Geo TV, eyewitnesses claim that there are many people who are buried underneath the debris of the building.

Excavators have been called to the site to remove the debris and rescue any persons trapped there.

A bomb disposal unit (BDU) has also arrived at the location which has been cordoned off, the Geo TV report said.

According to the eyewitnesses account, being a Saturday, there were only nine employees of the RBL bank reporting for duty.

Another eyewitness said that he saw a few people fall into the watercourse, underneath the building, when the blast took place.

The Geo TV report said that a second blast took place during the rescue and search operation when a few electric wires, which were being taken down, collided with the gas line but no loss of life was reported.

The explosion occurred a day before Pakistan was hosting the 17th extraordinary meeting of the OIC foreign minister in Islamabad to tackle the situation in Afghanistan.