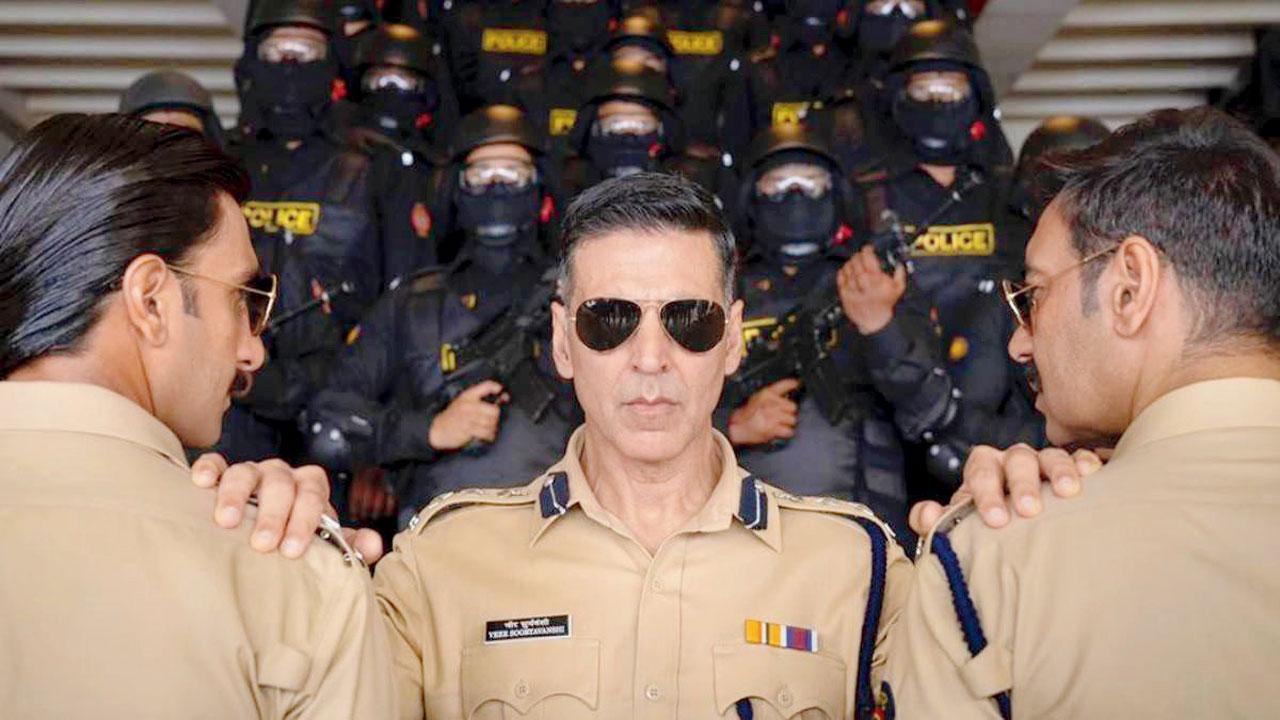 Get ready to witness Singham, Simmba and Sooryavanshi come together for a power-packed song as the first song of Sooryavanshi, Aila Re Aillaa releases tomorrow. The teaser of the song was shared on social media by Akshay Kumar, Ranveer Singh and Ajay Devgn and it looks nothing short of a celebration. The beats of the song will instantly get you tapping your feet as is the case with songs of Rohit Shetty`s film.

Check out the teaser of the Sooryavanshi song Aila re Aillaa right here:

In the teaser, we see Akshay Kumar marching to the stage along with Ajay Devgn and Ranveer Singh, all dressed in their police uniform. “This Diwali come #BackToCinemas with #Sooryavanshi releasing on 5th November. Here’s a teaser of the celebration in store. #AilaReAillaa, song out tomorrow!!,” the caption reads.

Rohit Shetty`s Sooryavanshi will have a worldwide theatrical release on November 5 on Diwali. The announcement came soon after Maharashtra chief minister Uddhav Thackeray announced the reopening of cinema halls in the state from October 22.

Akshay Kumar is busy shooting for his Ram Setu in Ooty. So leading lady Katrina Kaif has taken it upon herself to promote Sooryavanshi alongside director Rohit Shetty.

Sooryavanshi is a continuation of the cop action Singham universe, which began with the Ajay Devgn starrer Singham and Singham Returns, then expanded with Simmba, starring Ranveer Singh and Devgn, and now is going forward with Akshay`s character. In Sooryavanshi, Akshay will be seen portraying the role of a DSP who fights crime. Katrina will be playing the role of Akshay`s love interest in the film. The movie will have cameos by Ajay Devgn (Singham) and Ranveer Singh (Simmba).