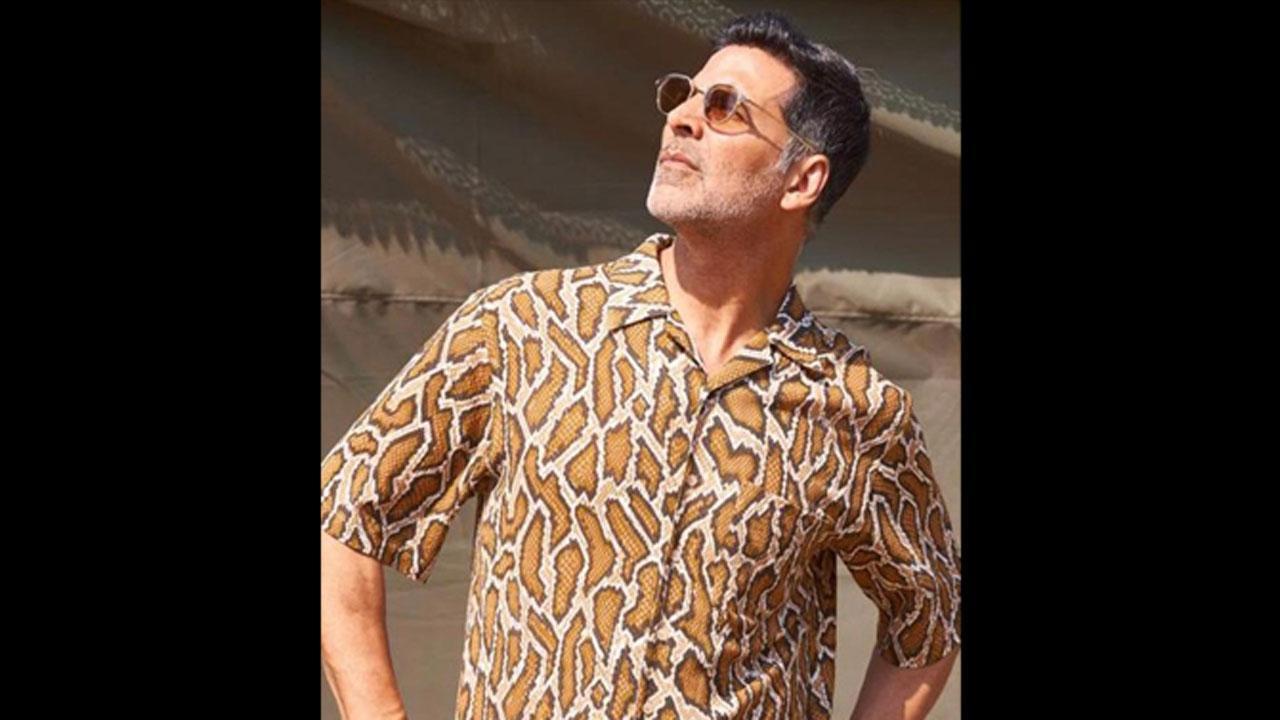 Akshay Kumar is one actor who holds comedy by the scruff. Having many comedy films to his credit, the actor also knows what clicks with the audience. Displaying his epic sense of humour and marketing acumen, he recreated the iconic meme pose from `Phir Hera Pheri` to create a buzz around his upcoming film `Sooryavanshi`.

The actor took to his Instagram and shared a picture of him in the iconic pose. He wrote, “Side wala swag! That`s my waiting pose for #Sooryavanshi to hit cinemas on 5th Nov. Strike your favourite pose and share it with hashtag #WaitingPoseForSooryavanshi. I would invite the coolest ones to pose with me in real. Jaldi karo, I am waiting??”

The actor can be seen sporting a python print shirt paired with brown coloured pants. His salt and pepper look adds to his charm. One user, seeing the iconic pose that was recreated after 15 years, wrote- “Yee toh Raju Ka pose hai.” Another exclaimed, “25 din me double pose.” And another stated, “this pose has different fanbase.”

On the work front, the actor has a string of releases lined up which include `Sooryavanshi`, `Atrangi Re`, `Prithviraj`, `Bachchan Pandey`, `Raksha Bandhan` and `Ram Setu`.

Talking about `Sooryavanshi`, the film has been directed by Rohit Shetty and also stars Katrina Kaif with Ajay Devgn and Ranveer Singh in extended cameos. The film is set to revive the box-office as it`s set for a massive theatrical release on November 5.