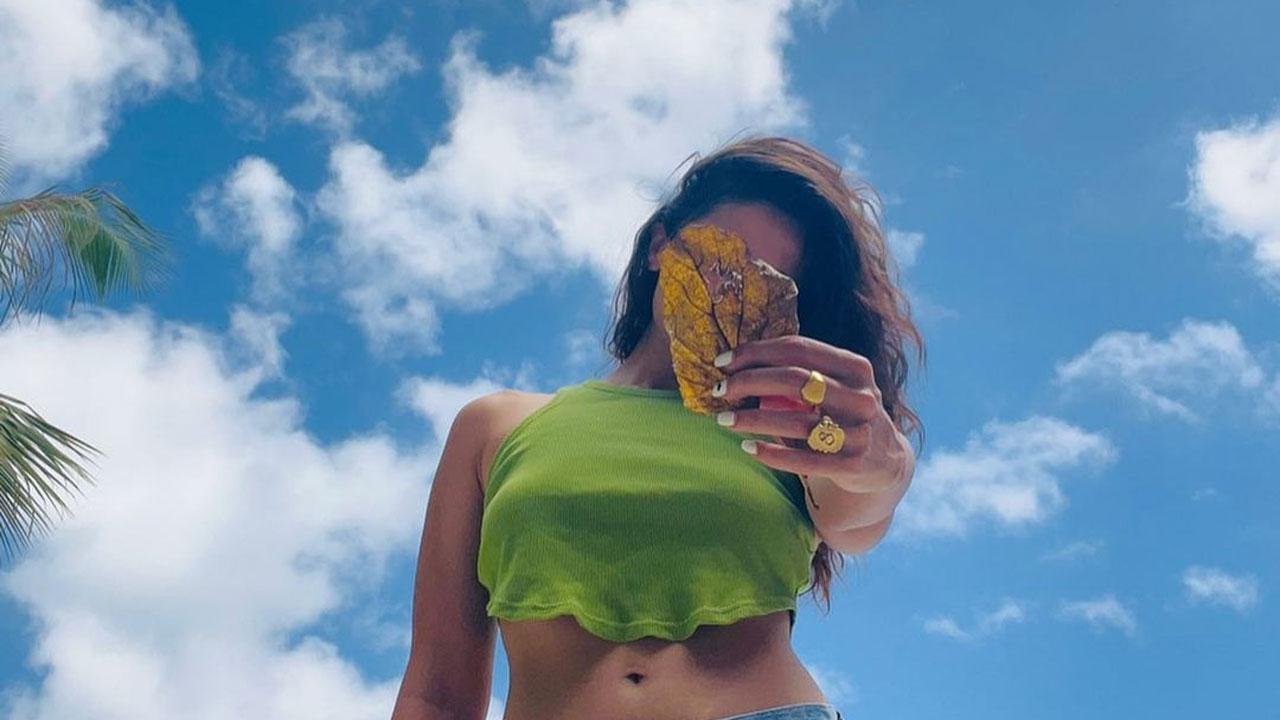 The actress was posing with a dry leaf that covered her face. What caught the eye was her ring with the number 8 embedded on it. That happens to be the lucky number of her beau Ranbir Kapoor. She captioned the picture- Little Things.

Seeing the picture, Soni Razdan commented- “Like you.” Ayushmann Khurrana wrote- “This picture is pure art.” Alia’s green top, a pair of blue jeans, and the blue skies acting as the backdrop of the moment made this candid moment worthy a dekko.

Alia Bhatt is also a producer now and will be co-producing and acting in her maiden production called ‘Darlings’. The name of her company is Eternal Sunshine and it has partnered with Shah Rukh Khan’s Red Chillies for this dark comedy that also stars Vijay Varma and Shefali Shah. Apart from this, there’s SS Rajamouli’s ‘RRR’, also starring Junior NTR, Ram Charan, and Ajay Devgn.

But the one film everyone seems to be waiting for with bated breath is Ayan Mukerji’s three-part Superhero drama ‘Brahmastra’. It unites her for the first time with Ranbir Kapoor on screen and this ambitious project also has names like Amitabh Bachchan, Nagarjuna, Dimple Kapadia, and Mouni Roy in its ensemble. Earlier titled ‘Dragon’, it was slated for a December 4, 2020, release before the Coronavirus pandemic hit.