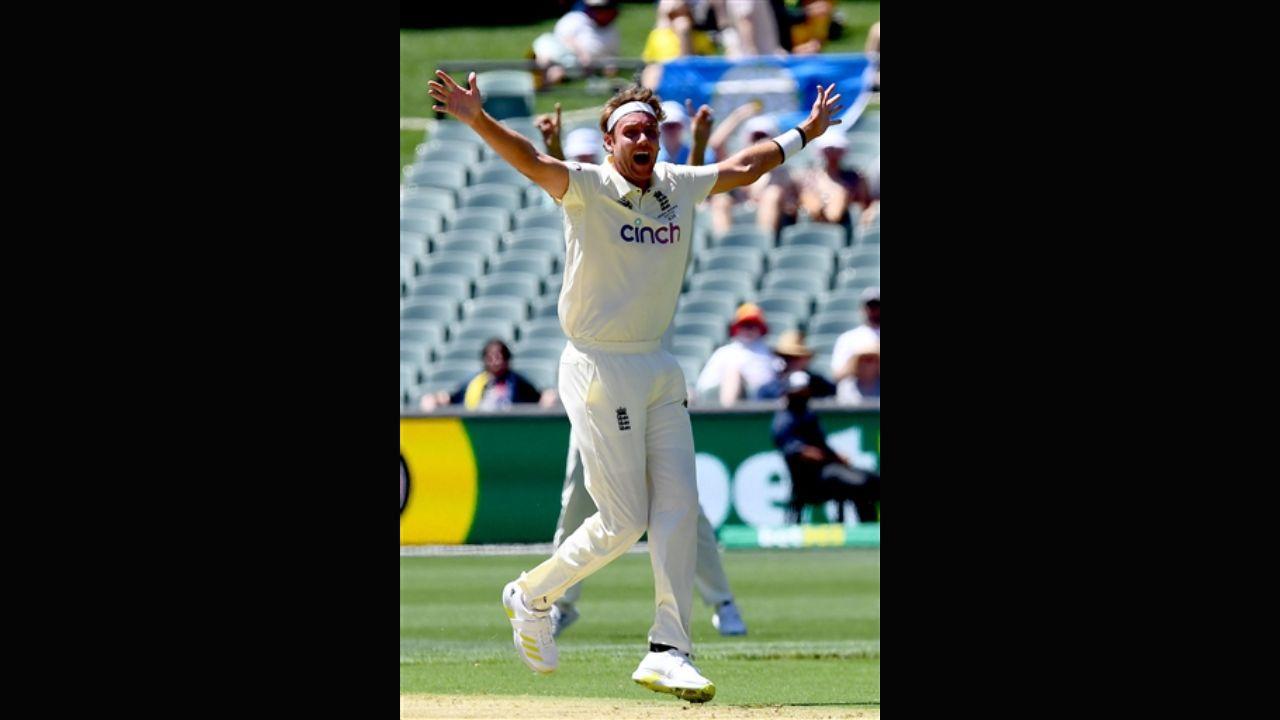 Fast bowler Stuart Broad became the third England cricketer to feature in 150 Tests when he stepped in the field for the second Ashes game against Australia in Adelaide.

Broad, selected ahead of spinner Jack Leach, become just the 10th player in Test history to reach the 150th Test milestone. He celebrated his rare feat by removing opener Marcus Harris with the new pink ball courtesy of a wonderful catch taken by wicket-keeper Jos Buttler.

James Anderson, who is also included in the playing squad for Adelaide Test, is leading the elite group with 167 Tests while former captain Alastair Cook played 161 Tests. The day-night Test at Adelaide Oval began dramatically as Australia skipper Pat Cummins was ruled out of the match after coming into contact with a coronavirus case, leaving Steve Smith back in charge for the first time since the 2018 sandpaper scandal.

David Warner and Marnus Labuschagne struck half-centuries as Australia dominated the second session of the second Ashes Test at the Adelaide Oval. At the tea break on Day one Australia were 129/1 in 53 overs with Warner batting on 65 and Labuschagne (batting 53) stitching an unbeaten 125-run stand.

Also Read: Anderson urges England to strike back like India