Skip to content
Home » At 1400m, Virat Kohli and Co `recharge batteries` with a game of foot volley

At 1400m, Virat Kohli and Co `recharge batteries` with a game of foot volley 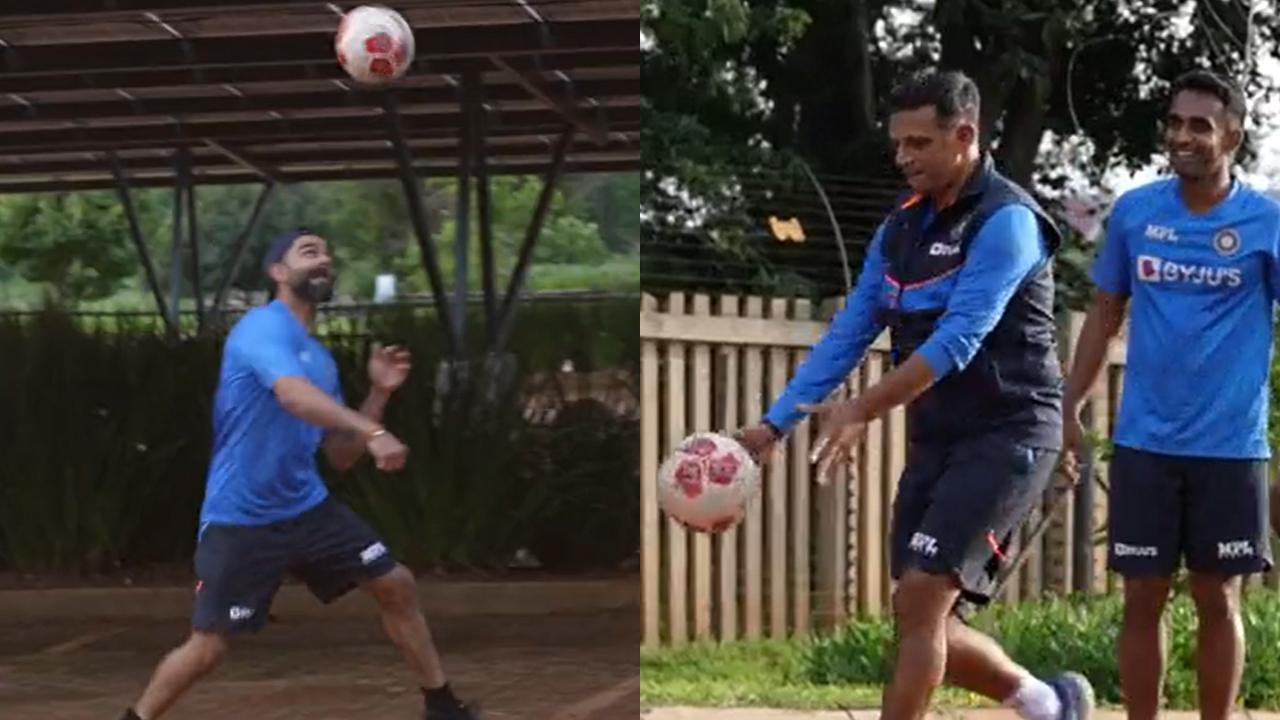 The Indian cricket team had a fun session ahead of their first serious training day, scheduled in Johannesburg on Saturday, wherein they “recharged their batteries”, with all the cricketers and chief coach Rahul Dravid playing foot volley and indulging in friendly banter.

The Indian team is in South Africa for a three-Test series beginning at the Centurion on December 26, which will be followed by three One-day Internationals.

The Board of Control for Cricket in India (BCCI) posted a video of the cricketers, led by Test skipper Virat Kohli, trooping out, with new chief coach Dravid joining the fun and playing a game of foot volley.

“How did #TeamIndia recharge their batteries ahead of their first training session in Jo`Burg? (Thinking face emoji). On your marks, get set & Footvolley! (Smiling face with sunglasses emoji),” wrote BCCI on twitter.

How did #TeamIndia recharge their batteries ahead of their first training session in Jo`Burg? 🤔

India`s strength and conditioning coach, Soham Desai, said that after three days of hard quarantine in Mumbai, starting a skill session right away would have been “high risk”, which is why the team had an easy session on Friday evening.

“We have had three days of hard quarantine in Mumbai and we`ve had 10 hours of long flight and yesterday (Thursday) was again a hard quarantine day here, so starting out (a) skill session straightaway would have been a high-risk thing for the guys. So, today evening (Friday), we went for a run, we got together stretched out, sweated out… this game (foot volley) is going to help them bridge the gap between inactivity and the skills (sessions) from tomorrow (Saturday),” said Desai.

Desai said his biggest task would be to help the players adjust to the Johannesburg altitude. The team had been quarantining in Mumbai at sea level, while Johannesburg is at an altitude of 1400 metres.

“Also the schedule is such that we have to get going right away and we can do only so much to adjust to the elevation here, which is 1400 metres and we are coming from sea level, so the guys are going to take 2-3 days to adapt to that,” added Desai.

“This game (foot volley) can be called the Indian team game because… meaning… we give them options to play many other games but they end up choosing foot volley and they enjoy it, they love it… they have their own battles within the team going on for years now.

“This game, the laughter and banter are ways to eliminate all those things which is creeping in their minds time away from home and the best way I can think of that helps them to focus on the game and stay in a happy space (sic),” said Desai.