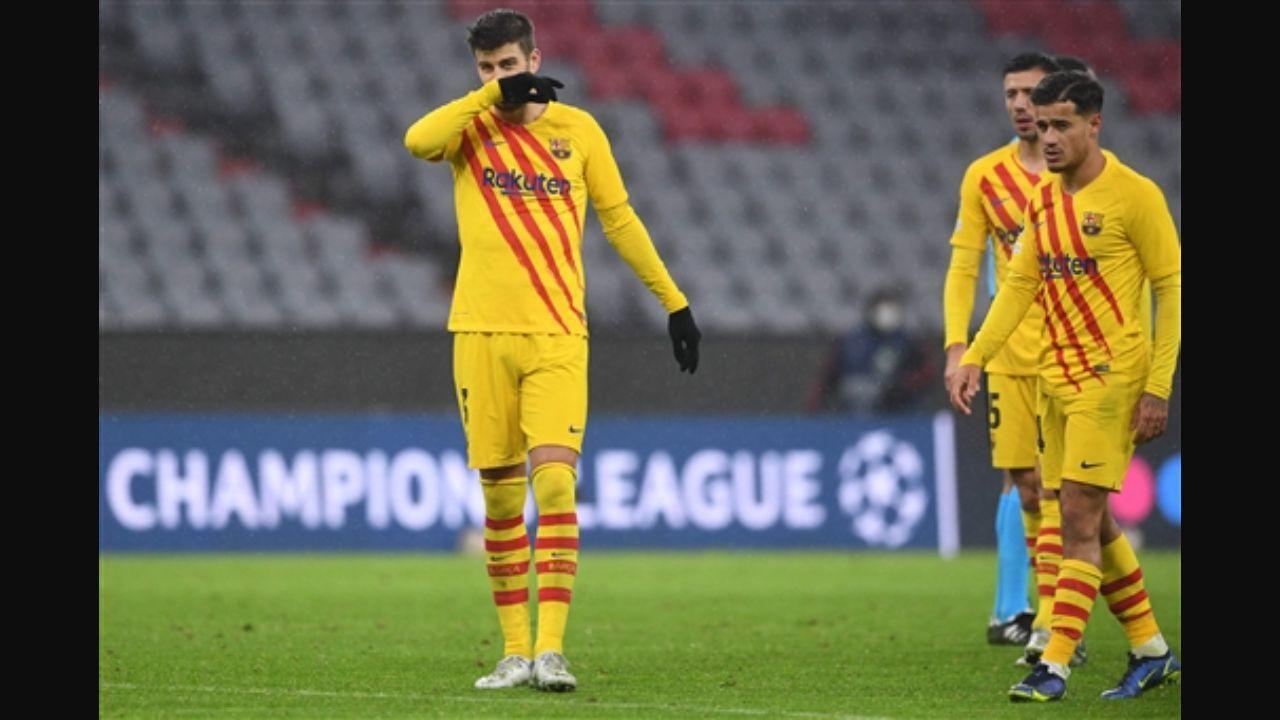 After suffering a 0-3 defeat at the hands of Bayern Munich in Group E of the UEFA Champions League, Spanish club Barcelona failed to make it to the knockout stages of the tournament.

This is the fourth time that Barcelona has been knocked out from a Champions League group stage and this is the first one since 2000/01 when they played
the UEFA Cup. Barcelona entered the contest against Bayern battling Benfica for the second qualifying spot in Group E, however, Bayern Munich had to break no sweat in order to defeat Barcelona.

Thomas Muller, Leroy Sane, and Jamal Musiala registered goals for the Bundesliga club as Bayern Munich thrashed Barcelona. In another game, Manchester United and Young Boys played out a 1-1 draw in Group F at Old Trafford. Mason Greenwood scored the goal for United in the 9th minute while Fabian Rieder registered the goal in the 42nd minute.

With this result, United finished at the top of Group F and they will head to the knockout stages with some momentum behind their backs.