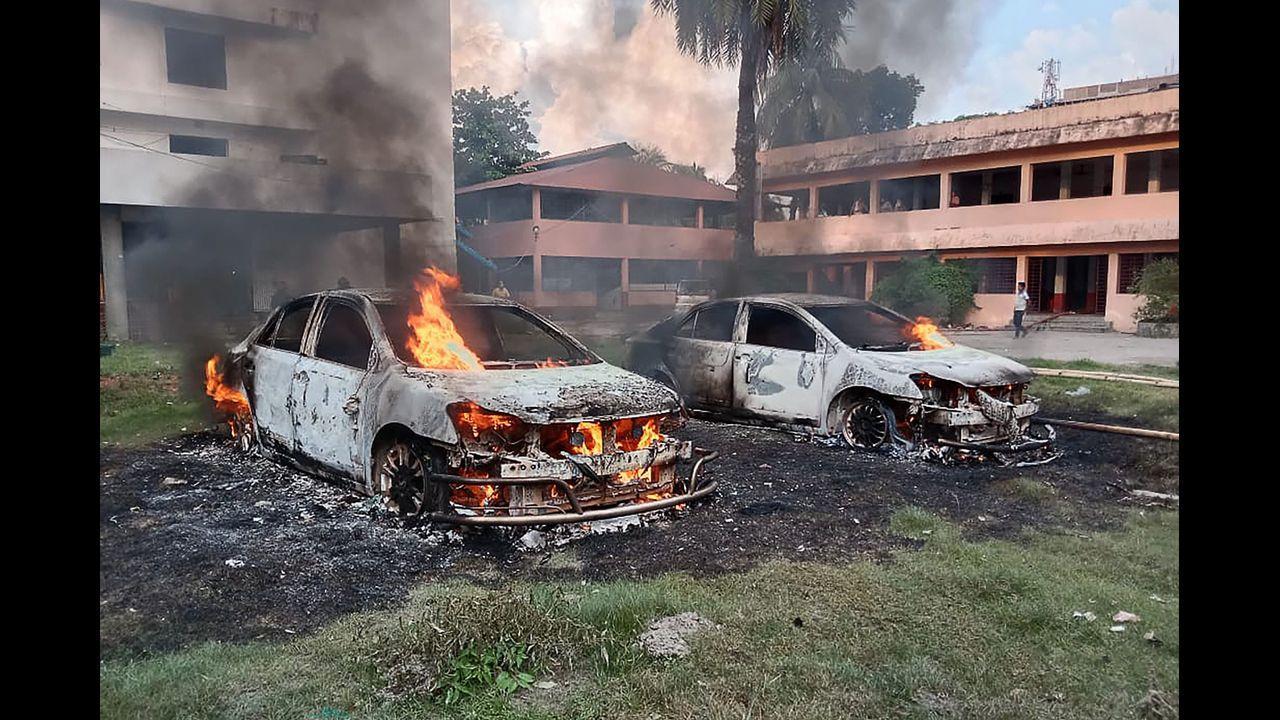 At least 71 cases have been filed in different parts of the country in connection with the attacks on Hindus and around 450 were arrested for spreading rumours on social media.

450 people have been arrested in the past five days over the attacks on puja venues, temples, Hindu homes and businesses, and for spreading rumours on social media amid the Durga Puja, reported Dhaka Tribune.

At least 71 cases have been started in different parts of the country, Assistant Inspector General (AIG) Md Kamruzzaman of the police headquarters said in a statement on Monday.

The number of arrests and cases could rise further as operations are underway, said the senior police official.

The police unit is monitoring social media for rumours, according to the statement, which urged the people not to trust anything without fact-checking.

The young Hindu man who allegedly uploaded the post was detained on Monday, said police.

Police Headquarters in a statement warned everyone against conspiracies to create instability by spreading rumours on social media, reported Dhaka Tribune.

Communal tensions have gripped Bangladesh over the past few days following allegations of the Quran being dishonoured at a puja pavilion in Cumilla on October 13, triggering violence in several districts across the country.

At least four people were killed in police shootings during the attack on Puja locations in Chandpur`s Hajiganj on October 13 and in Noakhali`s Choumuhani, attacks on Hindu temples left two people dead on October 15, reported Dhaka Tribune.