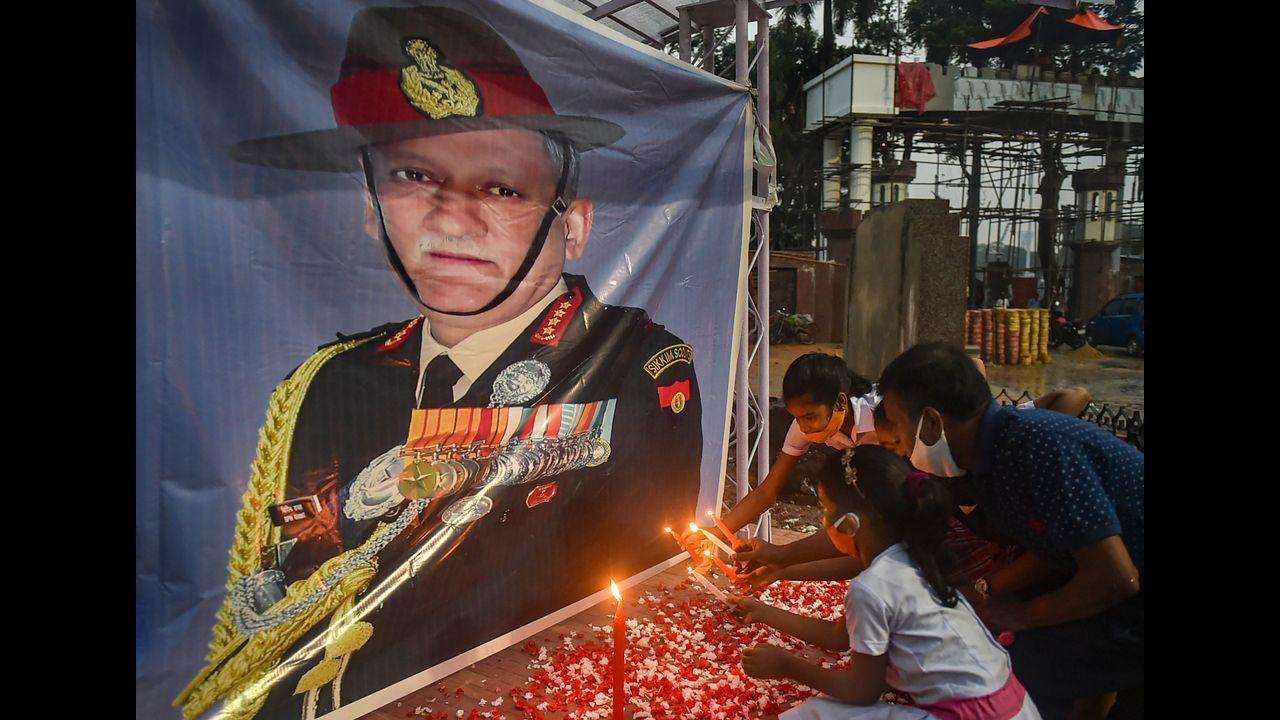 They said Jigme Singye Wangchuck, the Fourth Druk Gyalpo and the King`s father also offered prayers for those killed in the crash on Wednesday, they said.

“The King and His Majesty the Fourth Druk Gyalpo have sent messages of condolence for the bereaved families, and the government and people of India,” said an official.

Gen Rawat visited Bhutan several times during his career and had a very cordial relationship with the top leadership of the country.

The officials said the Bhutanese prime minister, foreign minister and senior officers of the country`s armed forces attended a ceremony to pay tributes to Gen Rawat and others.

The ceremony to offer a thousand butter lamps as per Bhutanese tradition was attended by the Indian Ambassador, Indian officials of project DANTAK and IMTRAT (Indian Military Training Team) and representatives of the Indian community.