Biden reiterates US support for India`s permanent seat in UNSC, entry into NSG 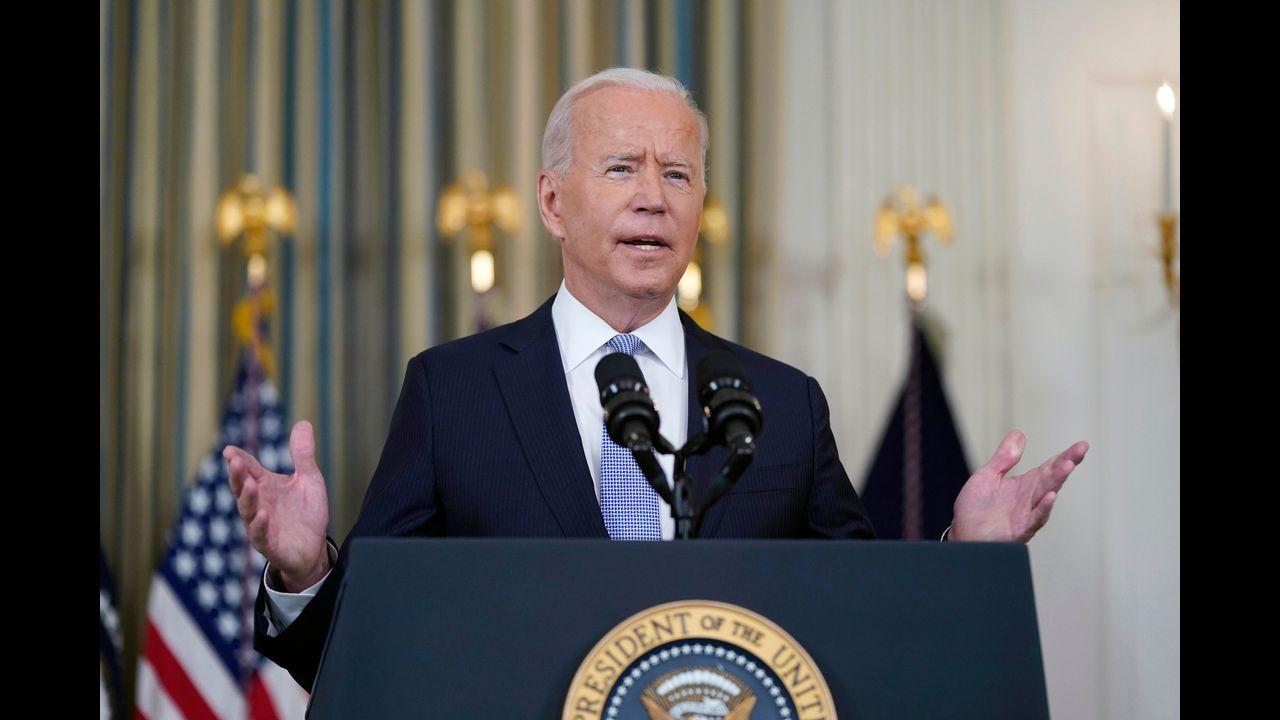 US President Joe Biden has reiterated America`s support for india`s permanent membership on a reformed United Nations Security Council and its entry into the Nuclear Suppliers Group during his first in-person bilateral meeting with Prime Minister Narendra Modi at the White House.

President Biden, in his talks with Prime Minister Modi, applauded India`s `strong leadership` during its UN Security Council Presidency in August 2021, according to the US-India Joint Leaders` Statement issued after their meeting in the White House on Friday.

“In this context, President Biden also reiterated US support for India`s permanent membership on a reformed UN Security Council and for other countries who are important champions of multilateral cooperation and aspire to permanent seats on the UN Security Council,¿ it said.

President Biden`s support provides a big boost to New Delhi`s push for the reform of the powerful UN organ as India has been at the forefront of efforts at the United Nations to push for an urgent long-pending reform of the Security Council, emphasising that it rightly deserves a place at the UN high table as a permanent member.

India in June asserted that the Inter-Governmental Negotiations (IGN) on UN Security Council reforms can no longer be used as a smokescreen, as the General Assembly decided to roll over the IGN work to the next UNGA session and agreed to include an amendment proposed by the G4 nations of Brazil, Germany, India and Japan.

At present, the UNSC comprises five permanent members and 10 non-permanent member countries which are elected for a two-year term by the General Assembly of the United Nations.

The five permanent members are Russia, the UK, China, France and the United States and these countries can veto any substantive resolution. There has been growing demand to increase the number of permanent members to reflect the contemporary global reality.

During his meeting with Prime Minister Modi, President Biden also reaffirmed US support for India`s entry to the Nuclear Suppliers Group (NSG), the joint statement said.

The NSG is a 48-member grouping which regulates global nuclear commerce.

Ever since India applied for the membership of the NSG in May 2016, China has been insisting that only those countries which have signed the Non-Proliferation Treaty (NPT) should be allowed to enter the organisation.

India and Pakistan are not signatories of the NPT. After India`s application, Pakistan too has applied for the NSG membership in 2016.

China maintains that there would be no discussion on India`s entry into the NSG before reaching a specific plan on non-NPT members` participation in the elite grouping, as it declined to give a timeline to reach a consensus among member states on this issue.

President Biden`s support to India`s permanent seat in the UNSC assumes significance as last month, State Department Spokesperson Ned Price told reporters at his daily news conference that the US values “working with India at the United Nations, including in the context this month of the Security Council.”

Responding to a question on whether the Biden administration thinks that India should be a permanent member of the UN Security Council, Price said that the US supports building a consensus for a “modest” expansion of the Council for both permanent and non-permanent members, provided it does not diminish its effectiveness or its efficacy and does not alter or expand the veto.

“We believe that a reformed Security Council that is representative, that is effective, and that is relevant is in the best interest of the United States and all of the UN member states,” Price had said.

In their talks on Friday, Prime Minister Modi and President Biden also welcomed the extension of the Statement of Guiding Principles on Triangular Cooperation for Global Development to leverage the combined capacities of India and the US to address global development challenges around the world, particularly in the Indo-Pacific and Africa, the statement said.

They renewed their close relationship and charted a new course to advance the partnership between the world`s largest democracies They also affirmed a clear vision that will guide the US-India relationship forward, the statement added.