Boxer Neeraj Goyat all set for Amir Khan challenge in 2022 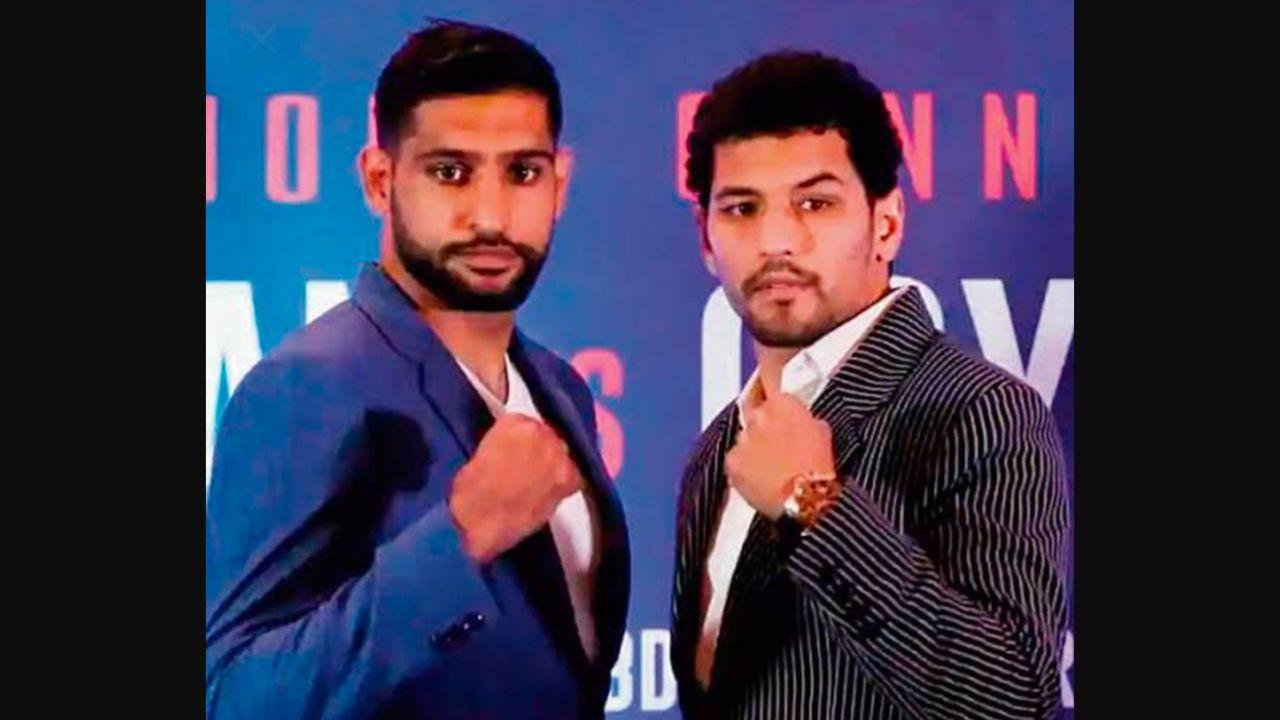 India’s professional boxing star Neeraj Goyat, 29, is eagerly looking forward to next year as he believes it could transform his fortunes.

Two years after missing out on becoming probably India’s biggest professional boxer, having bagged a fight against British star Amir Khan, the big match-up is now being scheduled for February next year.

“I was in Dubai recently for a fight and met Amir there and challenged him twice. His promoter Bill Dosanjh was there too and they have both accepted my challenge. They assured me that they will start working on the sponsorship details and the moment that is confirmed, the fight will be announced. It’s being tentatively scheduled for February,” Goyat told mid-day recently on his return from the UAE, where he beat Congo’s Bebe Rico Tshibangu via technical knockout in the third round, stretching his three-year unbeaten professional run in the welterweight division.

“I met Amir both before and after my fight [against Tshibangu] in Dubai. He told me that the fans there were eager to watch me. I told him that they will be even more eager to watch us (Amir and Neeraj) take on each other. He then warned me that I should only be focusing on the fight at hand, and I assured him I am and that I would win it. And after my win, he was very impressed. He said that an India vs Pakistan fight in the UAE will be a hot seller,” added Goyat, who convincingly knocked out Sandeep Kumar to win his co-main event bout in the Vijender Singh v Artysh Lopsan under-card in Goa in March this year.

Goyat was to first fight Khan back in 2019 in a WBC World Championship bout in Jeddah, Saudi Arabia, but the Indian met with a car accident at home in Haryana and the fight was postponed to the following year. The COVID-19 pandemic then saw the fight being cancelled for the second time in 2020. “I can’t wait for February 2022. This will be the fight of my life,” said Goyat, who is employed as a Deputy Chief Ticket Inspector with the Northern Railways in Ambala.