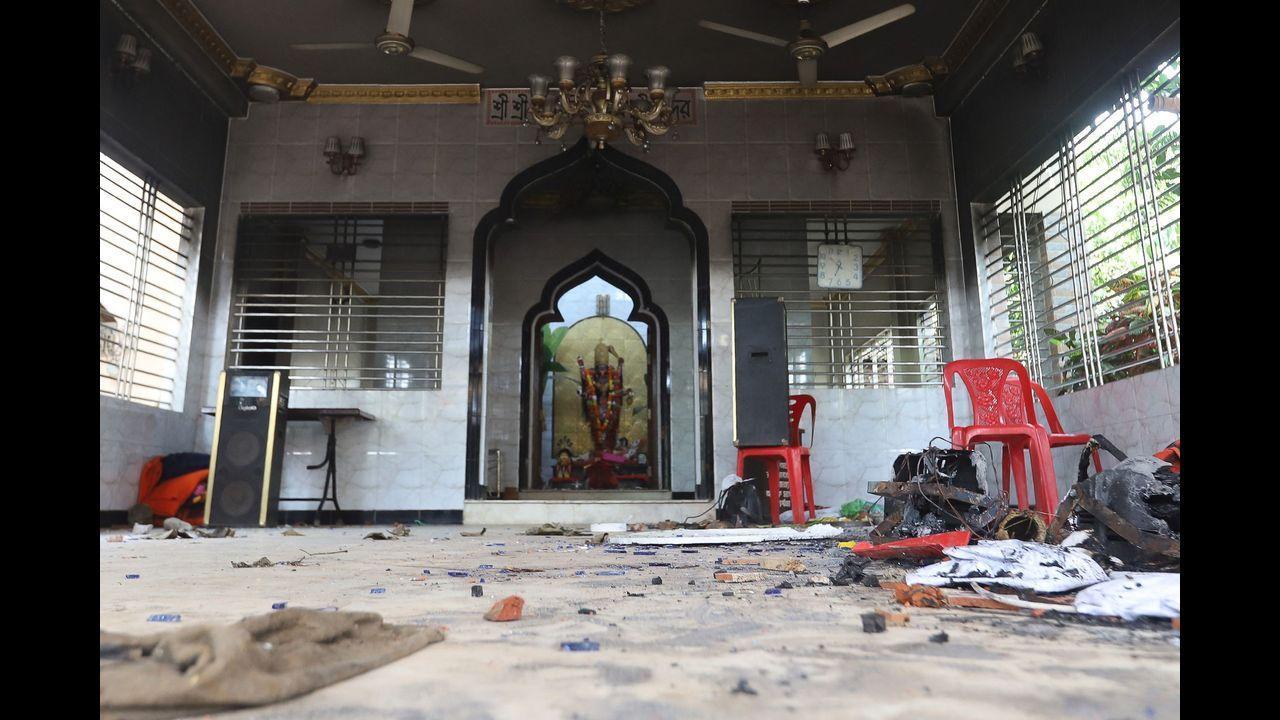 As reports of attack on minority Hindus continue to emerge from Bangladesh, its home minister, Asaduzzaman Khan Kamal, on Monday gave assurance that communal harmony will be protected in his country at any cost.

He claimed that the violence is aimed at fomenting trouble in his nation with an eye on the next general election.

The neighbouring country is likely to hold its elections in the end of 2023.

Speaking to PTI over phone, Khan Kamal said that an investigation is underway to nab the culprits involved in “inciting violence” in his country.

He also did not rule out “the involvement on the BNP-Jamaat elements” behind the attacks.

“We have taken stern actions to tackle the situation. An investigation is underway; none of the culprits would be spared. I want to assure you that the communal harmony of our country will be protected at any cost. Both the minority and majority communities are citizens of this country and would be protected,” Khan Kamal said.

The minister asserted that Bangladesh would not let the trouble-makers succeed in their mission.

“These incidents are aimed at tarnishing the image of our nation and creating tension with an eye on the general election. But we won`t allow these forces to succeed,” he said.

Violence had erupted in pockets of Bangladesh over an alleged blasphemy incident at a Durga Puja pavilion in Cumilla, around 100 km from Dhaka, following which paramilitary forces were deployed in many affected areas.

Sporadic clashes, however, broke out between the police and the bigots as media reported about vandalisation of Hindu temples and Durga puja venues.

At least five persons were killed, and scores of others injured in the clashes.

Noting that hundreds of people have been arrested, Khan Kamal further said that four rioters have also been shot dead by the police.

“No peace-loving and pious Hindu or Muslim would ever indulge in violence. We are not ruling out the involvement of BNP-Jamaat or any third forces. They could be behind those attacks to halt the progress of our country. This could also be aimed at disturbing peace before the next elections,” he maintained.

Voicing optimism over the ongoing probe, the home minister further said, “We had asked the puja committees in Cumilla to keep CCTV cameras installed at the pandal and deploy volunteers to keep vigil. But that was not done…”

Allaying India`s concerns over protection of minorities in Bangladesh, Khan Kamal said the government is tackling the situation effectively and progress in investigation is expected soon.

“We think there is no need to be concerned about the minorities here as we are tackling the situation effectively and doing everything possible to protect them.

Such attacks on minorities are taking place in other countries too,” he underlined.

Asked if the attacks are related to the renewed rise of fundamentalist forces, encouraged by the establishment of Taliban rule in Afghanistan, Kamal replied in negative.

“This has nothing to do with Taliban rise. Afghanistan is over a thousand miles away from Bangladesh, and the people of our country are not bothered about it,” he said.

She also said that the perpetrators will be hunted down and punished.

The Ministry of External Affairs (MEA) has noted that the government in the neighbouring country has reacted promptly to ensure that the situation was under control and said that the Indian mission is in close contact with the Bangladeshi authorities over the matter.