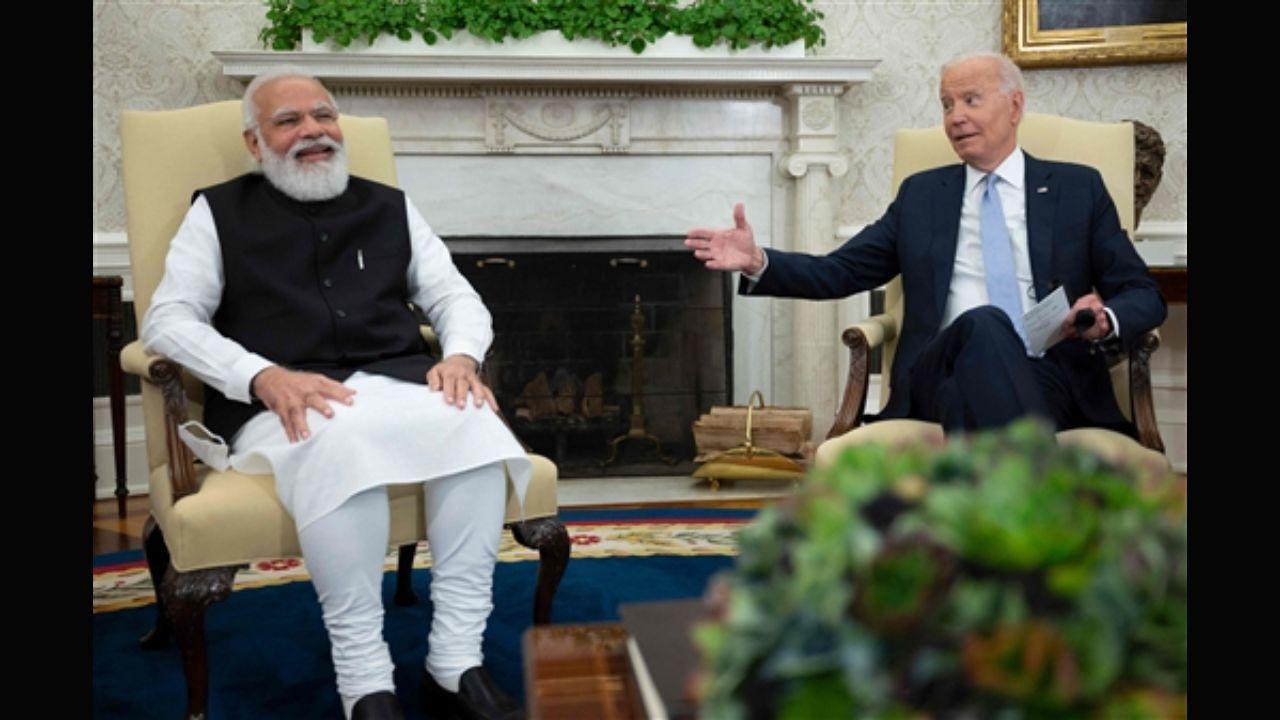 Vice President Kamala Harris is an Indian American, but could President Joe Biden also claim an Indian link and be a cousin of Indian Prime Minister Narendra Modi?

“Are we related,” Biden jokingly asked Modi based on a relative who had gone to India and settled in Mumbai after Modi told him that he brought along documents about the possible relative.

At the start of their bilateral summit, Modi said, “When I showed the Prime Minister to his seat, I pointed out that seat is occupied almost every day by an Indian American. The Vice President`s mother was from India — a scientist and a remarkable woman.”

Kamala Harris`s mother Shyamala Gopalan Harris immigrated to the US and became a cancer researcher.

Biden recalled his possible relative`s sojourn and Modi told him he had brought documents about the possible relative Captain George Biden, who had gone to India as a soldier of the East India Company that began the colonisation of India.

“He apparently stayed and married an Indian woman. And I`ve never been able to track it down. So, the whole purpose of this meeting is for him to help me figure out,” Biden said amid laughter.

Modi said, “You have talked today — spoken in detail about the Biden surname in India. And, in fact, you had mentioned that to me earlier too. Well, after you mentioned it to me, I hunted for documents. And today, I have brought along some documents.”

“Maybe we`ll be able to take this matter forward,” Modi said without offering him Overseas Citizenship of India.

“Maybe those documents could be of use to you,” he said.

And Biden popped the question to more laughter, “Are we related?”

Recounting the story of the Biden of Mumbai, the president said that when he was elected to the Senate as a 29-year-old kid in 1972, before I was sworn in, I got a letter from a person named `Biden` – last name – from Mumbai.”

When he recounted the story at a meeting at the Bombay Stock Exchange in 2013 during a visit as vice president, he said, “The Indian press asked me: Do I have any relatives in India?”

“The next morning, I had a press conference going away, and the Indian press said – someone spoke up and said, `You have five Bidens in India`,” the president said.

Proud of his Irish heritage and mindful of Ireland`s history of British colonialism, he said of the possible relative working for the East India Company, “That`s hard for an Irishman to admit.”

Biden recalled that back in 2006 when he was vice president, he had laid out the hope that by 2020 “India and the United States would be among the closest nations in the world with one another.”

At the start of their meeting Modi, dressed in white pyjama kurta and dark waistcoat, made the namaste gesture. Biden stretched out his hands and embraced Modi.