Skip to content
Home » Despite war, some Ukrainian families reunite for New Year

Despite war, some Ukrainian families reunite for New Year 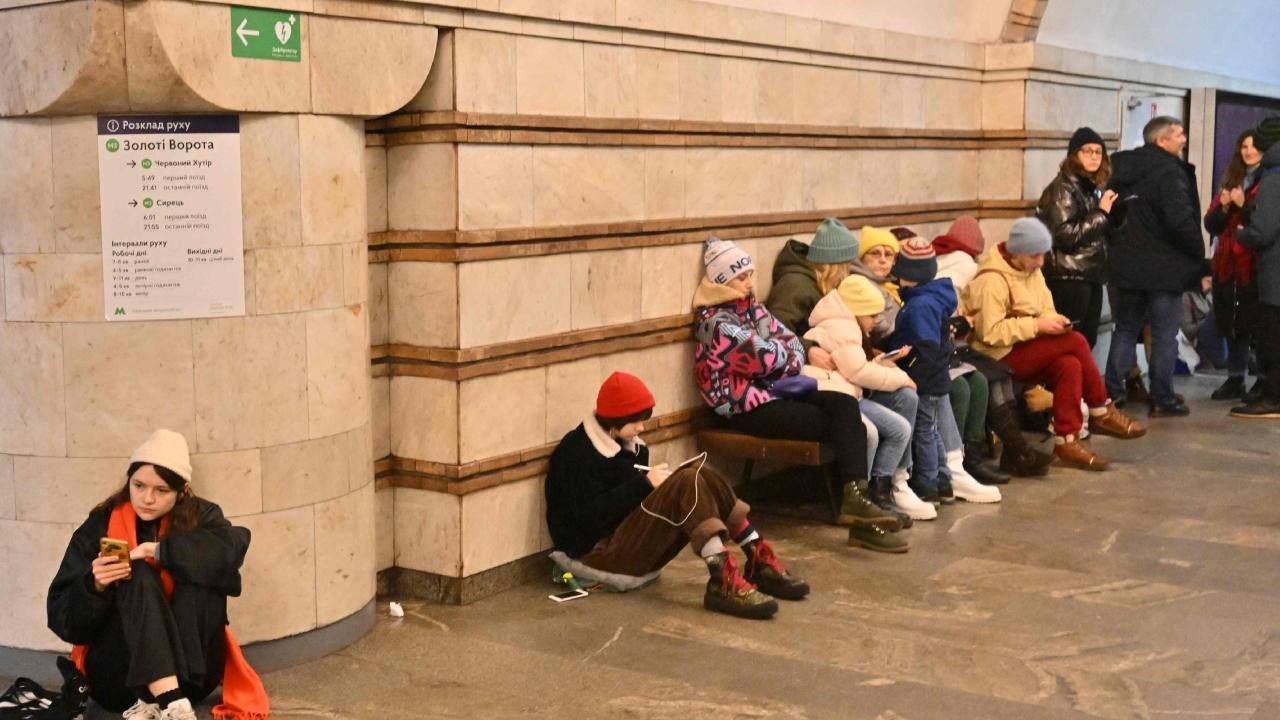 For millions of Ukrainians, many of them under Russian bombardment and grappling with power and water shortages, New Year`s celebrations will be muted as Russia`s 10-month war rumbles on with no end in sight.

But for some families, it is a chance to reunite, however briefly, after months apart.

At Kyiv`s central railway station on Saturday morning, Mykyta, still in his uniform, gripped a bouquet of pink roses tightly as he waited on platform 9 for his wife Valeriia to arrive from Poland. He hadn`t seen her in six months.

It actually was really tough, you know, to wait so long, he told The Associated Press after hugging and kissing Valeriia.

Nearby, another soldier, Vasyl Khomko, 42, joyously met his daughter Yana and wife Galyna who have been living in Slovakia due to the war, but returned to Kyiv to spend New Year`s Eve together.

The mood contrasted starkly with that from 10 months ago when families were torn apart by the Russian invasion of Ukraine.

Back in February, fathers, husbands and sons had to stay behind as their wives, mothers and daughters boarded trains with small children seeking safety outside the country.

Scenes of tearful goodbyes seared television screens and front pages of newspaper across the world.

But on the last day of the year marked by the brutal war, many returned to the capital to spend New Year`s Eve with their loved ones.

As Russian attacks continue to target power supplies leaving millions without electricity, no big celebrations are expected and a curfew will be in place as the clock rings in the new year.

But for most Ukrainians being together with their families is already a luxury.

Valeriia first sought refuge from the conflict in Spain but later moved to Poland. Asked what their New Year`s Eve plans were, she answered simply: Just to be together.

The couple declined not to share their family name for security reasons as Mykyta has been fighting on the front lines in both southern and eastern Ukraine.

On platform 8, another young couple reunited. University student Arseniia Kolomiiets, 23, has been living in Italy.

Despite longing to see her boyfriend Daniel Liashchenko in Kyiv, Kolomiiets was scared of Russian missiles and drone attacks.

Although they have no electricity at home, Liashchenko said they were looking forward to welcoming 2023 together with his family and their cat.

In an attempt to ensure residents have light during their celebrations, the regional government of Ukraine`s southwestern Odesa province is planning to limit the work of the most energy-intensive industries on December 31 and Jan 1.

Regional head Maksym Marchenko made the announcement on Friday via Telegram, and said that power engineers in the province had used all means possible to eliminate the consequences of Russia`s barrage of attacks on Ukraine on Thursday and reinstate the power supply.

In Kyiv, recent attacks have left many on edge, unsure about whether the skies will be peaceful on the last day of the year.

We are hoping there will be no surprises today, said Natalya Kontonenko who had traveled from Finland. It was the first time she had seen her brother Serhii

Kontonenko since the full-scale invasion began on February 24. Serhii and other relatives traveled from Mykolaiv to Kyiv to meet Natalya.

We are not concerned about the electricity, because we are together and that I think is the most important, he said.