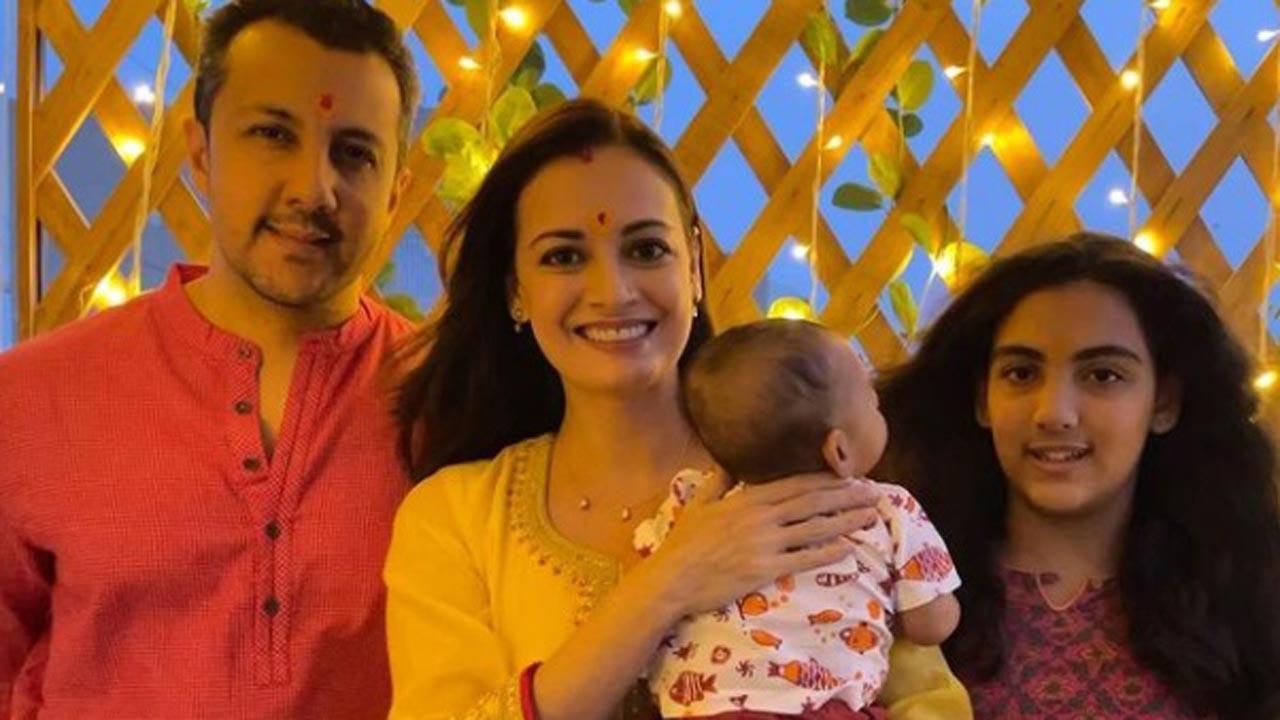 The actress shared a photo of her holding her baby boy`s hand alongside the note. Take a look at it below:

In an interview with IANS recently, Dia Mirza said that this year`s Diwali is extra special as she will celebrate it with her son. “It is overwhelming to see Avyaan celebrate his first Diwali after all the challenges he had to overcome this year. He is truly a little champ and it has been so enriching to see him deal with everything that came his way with a big smile and such a pure, joyful spirit. I hope, as adults, we too can go back to this state of utter innocence and trust in the universe,” she said.

The lovely actress also shared a Diwali photo featuring Avyaan, husband Vaibhav Rekhi and his daughter Samaira on Instagram. She captioned the pic, “Happy Diwali from our family to yours. May darkness be dispelled by the light of love, kindness, peace and wisdom.”

How adorable is this photo? Dia`s baby Avyaan looks super cute in his printed tee and maroon joggers. The actress, too, looks beautiful in her yellow ethnic outfit. Recently, Dia Mirza also shared a photo of baby Avyaan sleeping in his crib in one of her Instagram stories.

Dia Mirza had announced her pregnancy in April 2021. Dia and Vaibhav tied the knot in February this year.