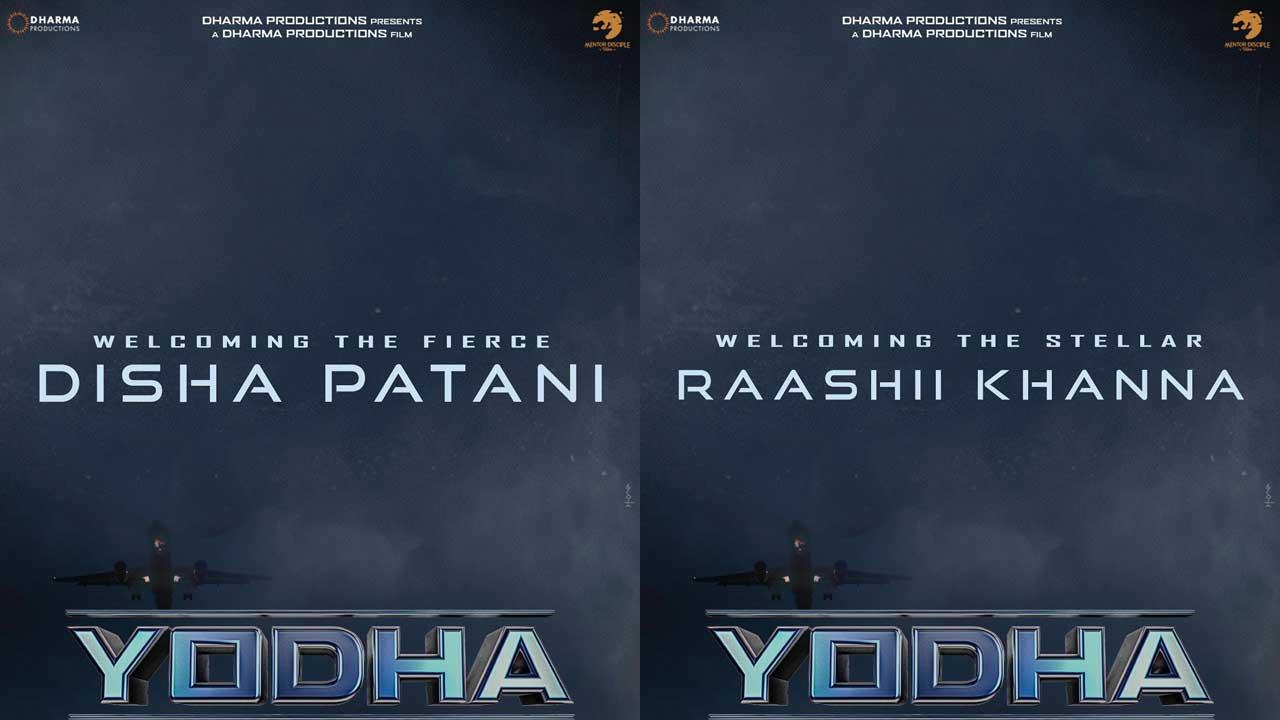 Makers of `Yodha` have roped in actors Disha Patani and Raashii Khanna as the leading ladies of the upcoming action film starring Sidharth Malhotra in the lead role.

Producer Karan Johar confirmed the news on his Instagram Stories by sharing the posters that read “Welcoming the fierce Disha Patani” and “Welcoming the stellar Raashii Khanna.”

The shooting of `Yodha` began on November 27.Backed by Karan Johar`s Dharma Productions, `Yodha` is reportedly an aerial action film.

The film, which is being helmed by Pushkar Ojha and Sagar Ambre, will release in theatres on November 11, 2022.