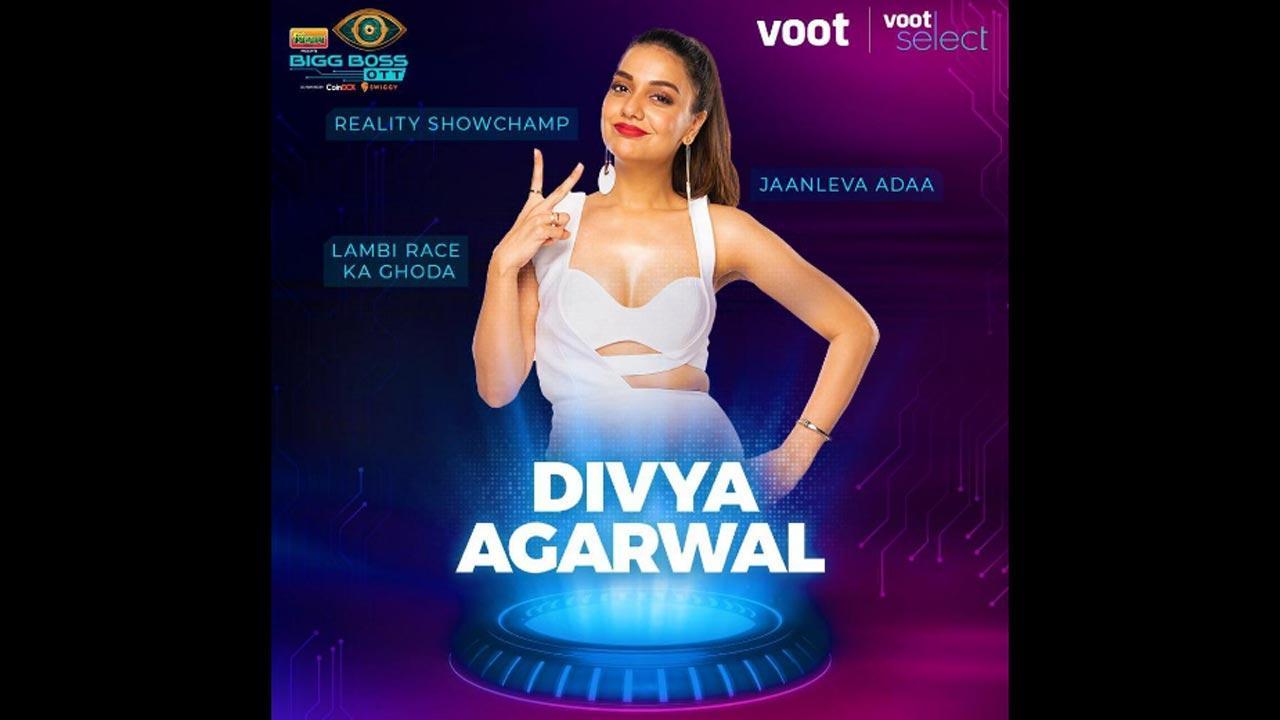 Reality show star Divya Agarwal was declared the winner of `Bigg Boss OTT` on Friday, marking a victorious end to her stay at the `house` hosted by Karan Johar.

A journalism student who went on to become a choreographer and actress (seen most recently in the web series `Ragini MMS: Returns 2`), Agarwal had previously won the reality show `Ace of Space 1` after being the runner-up at MTV Splitsvilla 10`.

Agarwal takes home a cheque of Rs 25 lakh, the `Bigg Boss` trophy and wins a place, along with the other four finalists, in `Bigg Boss` hosted by Salman Khan, opening shortly on the television channel Colors.

Shetty was the second runner-up, the first being Nishant Bhat, a choreographer who has been associated with dance reality shows such as `Super Dancer 3`, `Jhalak Dikhlaja` and `Nach Baliye`.