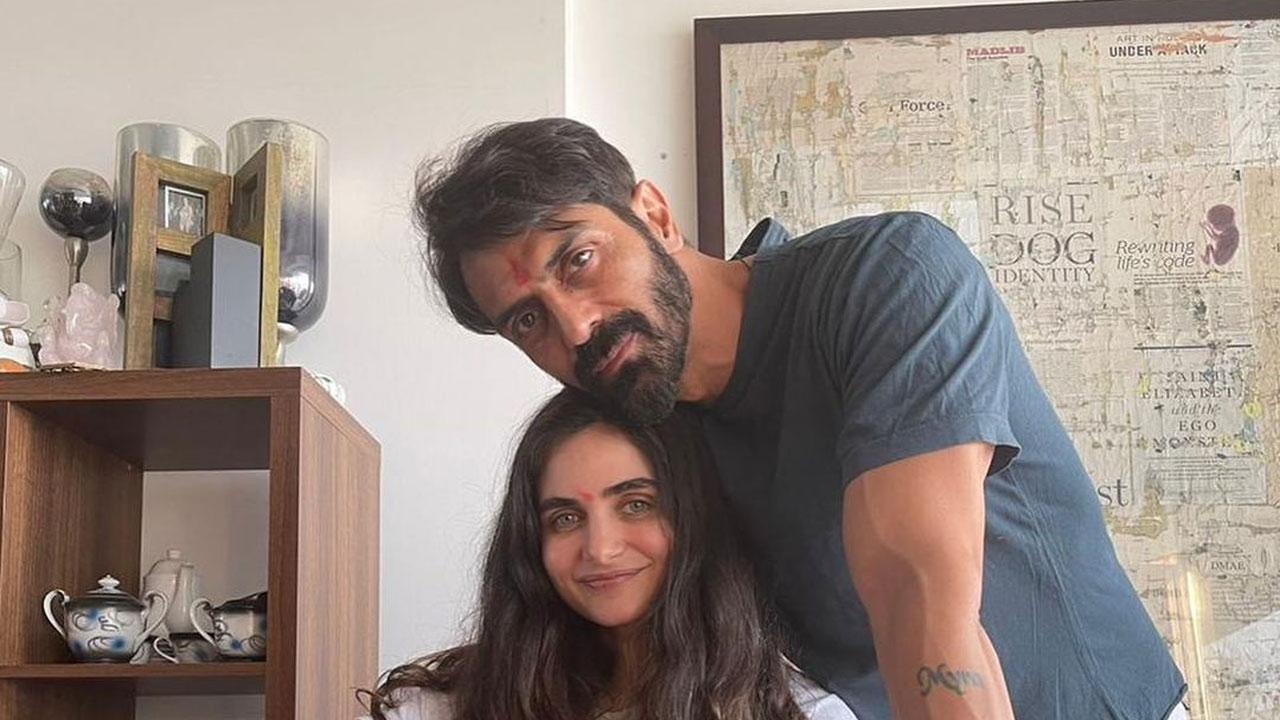 Arjun Rampal turns 49 today and on this special occasion, his girlfriend Gabriella Demetriades had to be one of the people to wish him. She did, and in the most adorable way possible. She shared some montages of the moments she has spent with birthday boy Arjun Rampal in a video on her Instagram account with fans and it’s truly adorable.

The video not only showed their fun times but also some montages of the actor with his son Arik and daughters Myra and Mahikaa. Gabriella wrote- “Happy birthday @rampal72 thank you for lighting up our lives, there really is no one quite like you. You surprise me everyday , keep being the lion that you are.”

Arjun made his Bollywood debut with Rajiv Rai’s romantic drama Pyaar Ishq Aur Mohabbat in 2001. He later went on to do films like Aankhen, Dil Ka Rishta, and Yakeen. Success happened with films like Don, Om Shanti Om, Rock On, Raajneeti, Ra. One, and D-Day. He’s now gearing up for films like Dhaakad with Kangana Ranaut, and Pent House with Sharman Joshi and Bobby Deol that’s directed by Abbas- Mustan. This murder mystery will directly stream on Netflix.

Arjun Rampal and Gabriella Demetriades welcomed Arik in July 2019, and ever since then, the duo has been posting sweet pictures of their little one. In case you missed it, the `Paltan` actor had announced Gabriella`s pregnancy in April with an adorable post on his Instagram account. As Arjun has two daughters – Mahikaa and Myra from his first marriage with Mehr Jesia, Arik is the actor`s third child. Mehr and Arjun`s marriage lasted for two decades – from 1998 to 2018 and the duo has two daughters together – Mahikaa and Myra.