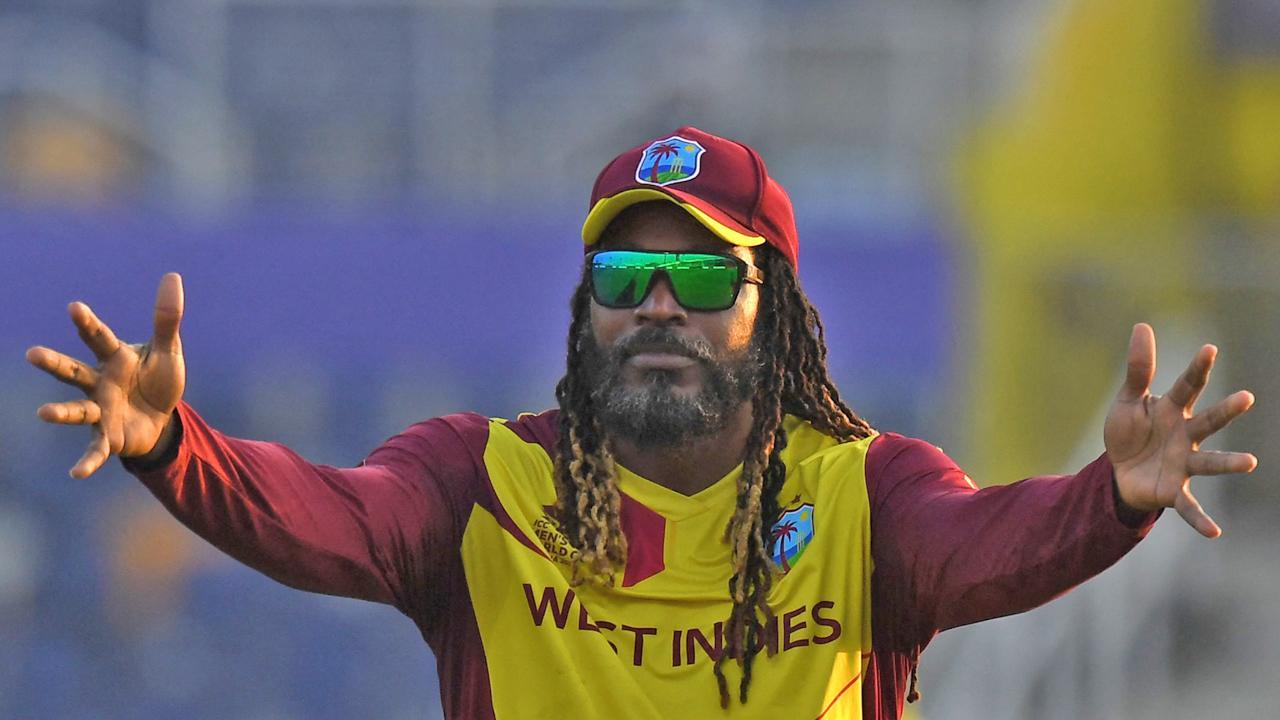 Wearing a beaming smile and sunglasses under a helmet, `Universe Boss` Chris Gayle seems to have played his last World Cup game and the big-hitting Jamaican is hoping to exit the international stage in front of his home fans.

The happenings inside the Sheikh Zayed Stadium during and after the T20 World Cup game against Australia suggested that the swashbuckling Gayle has played his final game as he walked off to a standing ovation from his teammates after scoring a nine-ball 15 on Saturday.

The Windies great was seen signing on the camera and also distributed his cricketing gears to the fans in the stands after his team lost the match by eight wickets.
However, later it came to light that he is only “semi-retired” as of now.

“I`m semi-retired. I`m one away,” Chris Gayle said ahead of the game, according to a report in the t20worldcup.com

After the match, speaking on the ICC`s post-match Facebook live show, Gayle clarified he has not yet retired but hinted that he is set to sign off.

Asked to clarify, Gayle laughed: “I`d love to play one more World Cup. But I don`t think they will allow me.” “It`s been a phenomenal career. I didn`t announce any retirement but they actually give me one game in Jamaica to go in front of my home crowd, then I can say `hey guys, thank you so much.`

“Let`s see. If not, I`ll announce it, long time and then I`ll be joining DJ Bravo in the backend and say thanks to each and everyone but I can`t say that as yet.”

Gayle, 42, also dismissed Mitchell Marsh and celebrated by jumping on the Australian when he was on his way back.

In his cameo, Gayle bludgeoned Pat Cummins for six off the first ball of the third over to move to 15, but dragged the next delivery on to his stumps.

As his West Indies team-mates gave a standing ovation by the boundary, Gayle waved his bat to all corners of the ground as he left the pitch. This was one ball after hitting his 1045th six in T20 cricket. Very few players have had more impact on T20 cricket than Christopher Henry Gayle.

Gayle and Bravo were also given a guard of honour at the end of the game and it triggered speculations that both of them have retired when only Bravo had publicly announced that he will retire after Saturday`s game.

Commentator Ian Bishop said on air, “Everything points to this being the last time we will see Gayle in West Indies` colours.

Gayle, who made his debut for the West Indies in 1999, was pivotal in their two Two World Cup successes and said he was thrilled to share his last match with his long-time teammate Bravo.

Gayle`s tally includes two centuries and 14 half-centuries. He also scalped 20 wickets in the shortest format. A regular opener, Gayle often batted at number 3 in the lead-up to the T20 World Cup.