Skip to content
Home » He will be missed: Tim Southee bids farewell to Ross Taylor ahead of retirement

He will be missed: Tim Southee bids farewell to Ross Taylor ahead of retirement 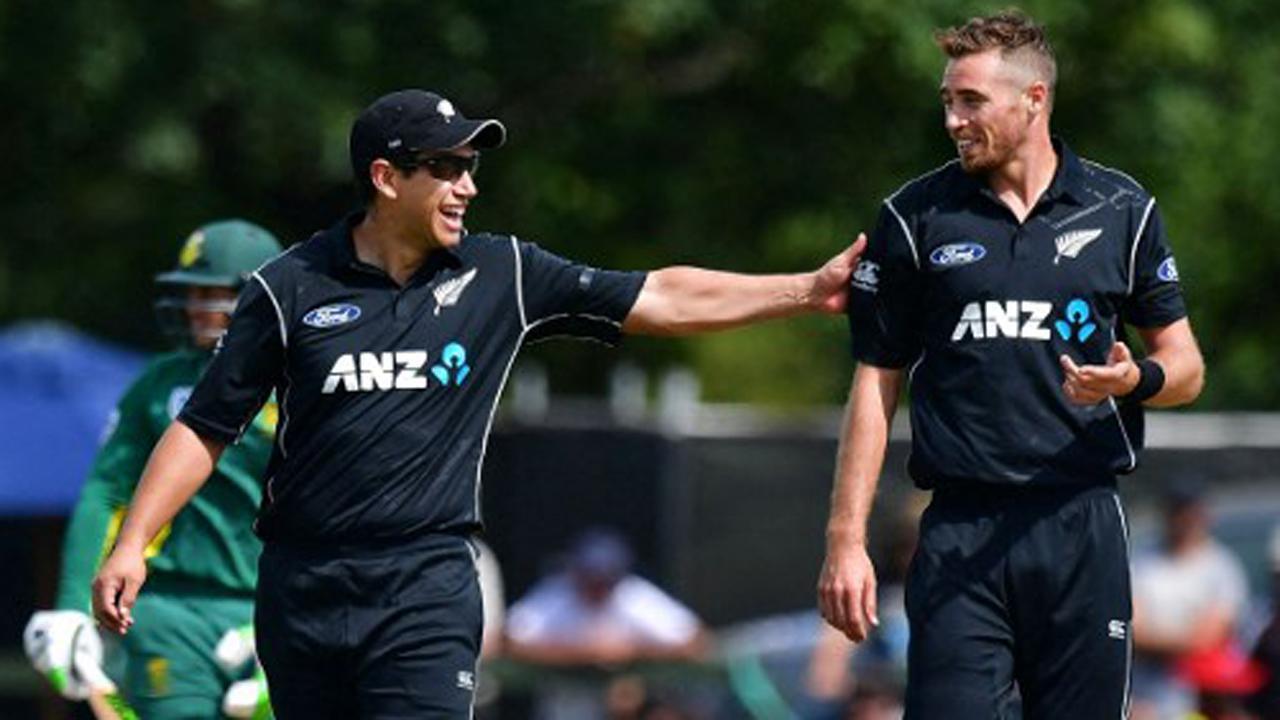 New Zealand cricket veteran Ross Taylor has announced his retirement from international cricket after the team’s current home season, which features the upcoming test series against Bangladesh being his farewell from Test cricket before he plays his final ODIs against Australia and Netherlands.

New Zealand paceman Tim Southee candidly spoke about Taylor’s importance to the team and how he found out about the batsman’s retirement.

“Any time a player retires, it`s a messy moment especially when someone who has played and been a regular in the squad for such a long period of time. It will take some adjusting to look around and not see Ross as a player or have him in this side. That assurance of having a quality player around, and the runs he`s had and the job he`s done for this side over a long period of time has been amazing.”

Southee elaborated on Taylor’s changing room demeanour and how his quiet presence will be missed by the team.

“He`s been a regular feature of the changing room for such a long period of time. He`s a quiet sort of guy and sorts of sits back and enjoys a good time, in sitting back and enjoying a wine or a drink after a test win are moments he`ll cherish forever. He`s a great guy to have around the changing room. Like I said, he`s quite reserved, but he will be missed… It`ll take a bit of time for guys to look around and not see Ross sitting there.”

Southee also discussed how Taylor informed him of his decision when the pair met at a training session before Christmas.

“We did a bit of training in Hamilton pre-Christmas. He told me there. Anytime someone says that you`re taken back a little bit, but he`s obviously made that decision. It`s been great to play alongside him for so long and he let me know just before Christmas. Like I said, it`s a strange feeling when you see guys come and go. Especially when guys have been around for a long time.”

Taylor will play his 111th and 112th test matches against Bangladesh in the upcoming test series from 1 January 2022. Southee and Taylor have played international test cricket alongside each other for the last 12 years.

The test series between New Zealand and Bangladesh will be the first live cricket offering to stream on Amazon Prime Video. The first match is scheduled to be played at Bay Oval, Mount Maunganui, Tauranga from 1-5 January. The second and final test match will be played at Hagley Oval, Christchurch on 9 January and conclude on 13 January.