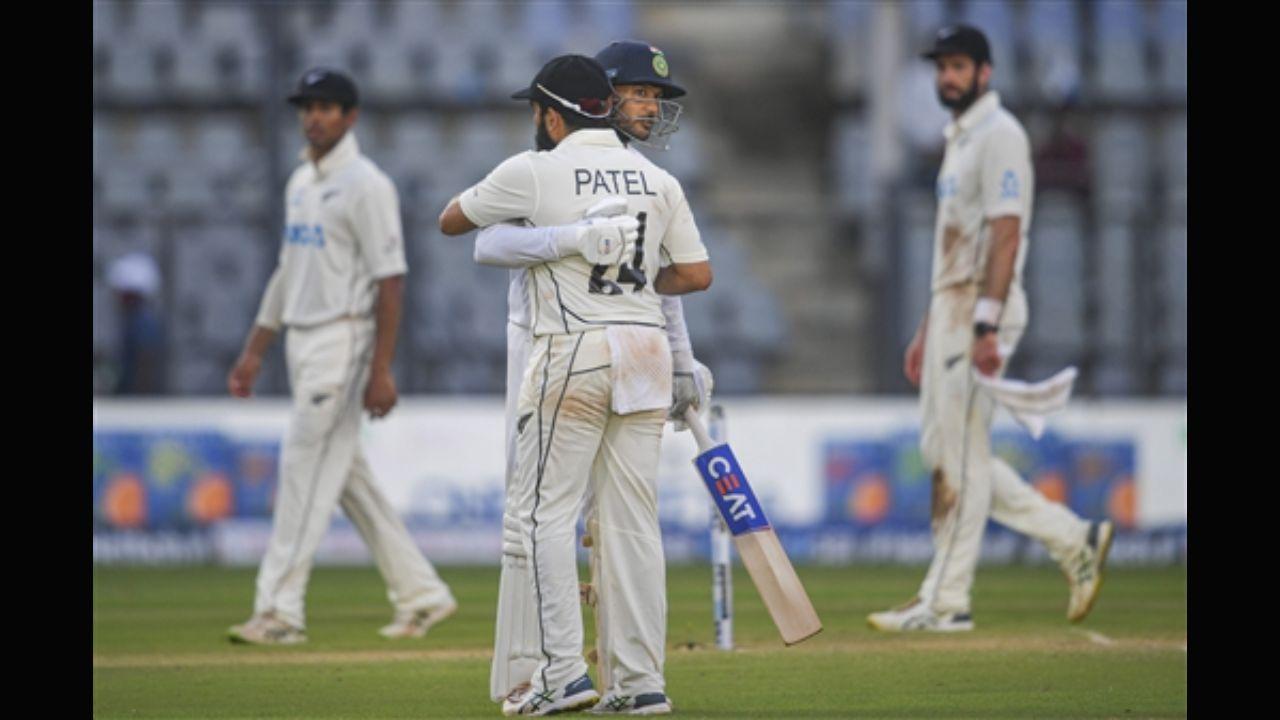 India took a stranglehold on the second and final Test against New Zealand at the Wankhede stadium, taking a lead of 332 runs with 10 wickets in hand.

India wrested the initiative after New Zealand left-arm spinner Ajaz Patel made history by becoming only the third bowler in Test history to take all 10 wickets in an innings to restrict India to 325 in their first innings.

The hosts came back strongly to bundle out New Zealand for 62 runs, the lowest ever total by a team against India, the previous lowest being 79 by South Africa at Nagpur in 2015.

The entire New Zealand innings lasted 128 minutes and only two batsmen managed to get into double figures.

India did not enforce the follow-on and scored 69 for no loss in their second innings with Mayank Agarwal batting on 38 and Cheteshwar Pujara on 29 at stumps.