IND vs SA 1st Test: Second day`s play washed out due to rain 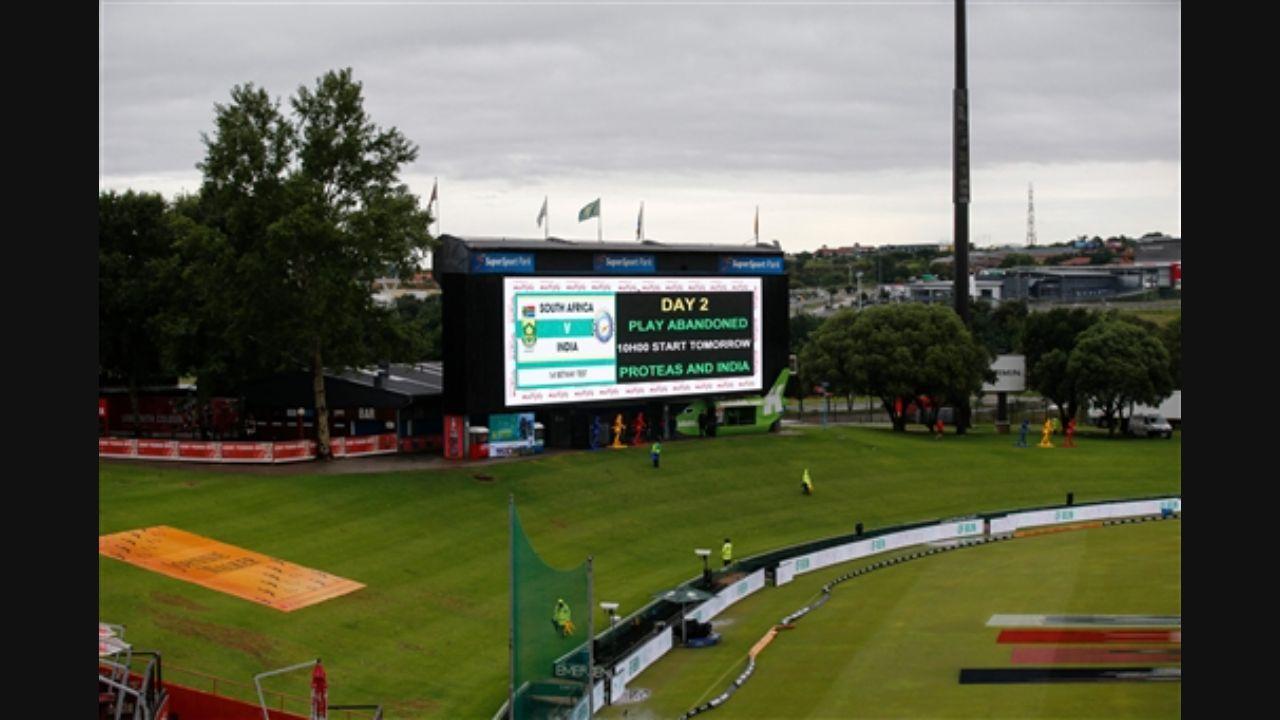 The second day`s play in the opening Test between India and South Africa had to be called off without a ball being bowled due to heavy and persistent rain since morning.

What started as a drizzle this morning became a steady downpour in the afternoon. Twice, the rain stopped and umpires decided on inspection but on both occasions just before they were to step out, heavens opened up once again. At the end of the opening day`s play, India were strongly placed at 272 for three in 90 overs.

KL Rahul was going strong at 122 not out off 248 balls, during which he hit 17 boundaries and one six. Giving him company at the other end was Ajinkya Rahane, on 40 off 81 balls, with the help of eight hits to the fence.

Opener Mayank Agarwal made 60 off 123 deliveries before being dismissed by Lungi Ngidi. Skipper Virat Kohli made 35 off 94 balls. Ngidi (3/45) picked up all the three Indian wickets to fall on the first day of the match.