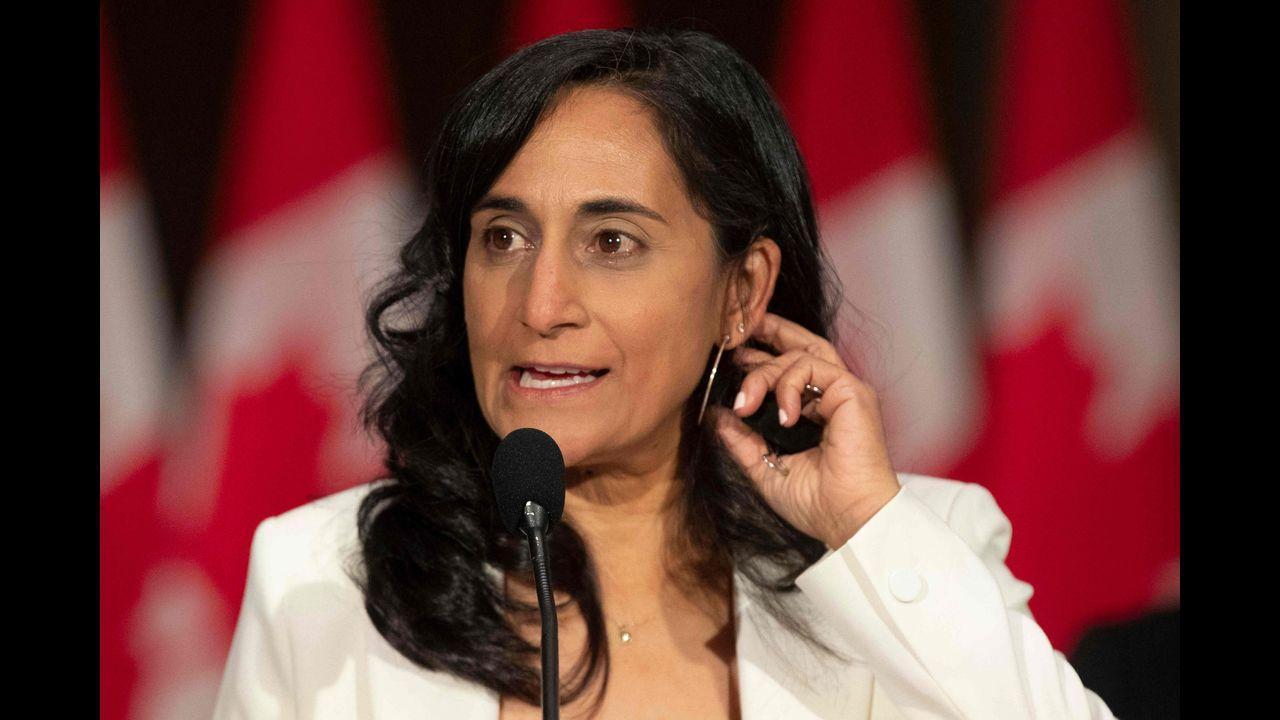 Indian-origin Canadian politician Anita Anand was on Tuesday appointed as the country`s new Defence Minister in a Cabinet reshuffle by Prime Minister Justin Trudeau, over a month after his Liberal Party returned power in the snap polls and amid calls for major military reforms.

Anand, 54, will replace long-time defence minister Indian-origin Harjit Sajjan, whose handling of the military sexual misconduct crisis has been under criticism.

Sajjan has been appointed as Minister of International Development Agency, a report in the National Post newspaper said.

The new Cabinet maintains gender balance and has 38 members, up one person from before the election, it said.

According to a report in Global News, Anand has been touted as a strong contender for weeks among defence industry experts who said that moving her into the role would send a powerful signal to survivors and victims of military sexual misconduct that the government is serious about implementing major reforms.

The Canadian military is facing intense public and political pressure to change its culture and create better systems for both preventing and handling sexual misconduct allegations, it said.

Anand has a deep background as a corporate lawyer and has worked extensively on corporate governance, which refers specifically to the laws and rules in place to manage the operations of businesses, the report said.

Anand, along with Sajjan and Bardish Chagger were the three Indo-Canadian ministers in the dissolved Cabinet who emerged victorious in the parliamentary polls last month.

Anand was declared the winner in Oakville with a nearly 46 per cent vote share; a significant development for Canada`s vaccine minister.
She was first elected as a rookie Member of Parliament in 2019 representing Oakville in Ontario province and served as procurement minister throughout the COVID-19 pandemic.

She quickly became in charge of the country`s efforts to secure COVID-19 vaccines and was often on the campaign trail with Trudeau.

In her role as former Minister of Public Services and Procurement, she played a very public role in the Liberal response to the health crisis.

“I`m just ecstatic,” she had said after her win, thanking the volunteers who had worked ¿extremely hard as a team for five weeks straight,¿ she was quoted as saying by the Oakville News.