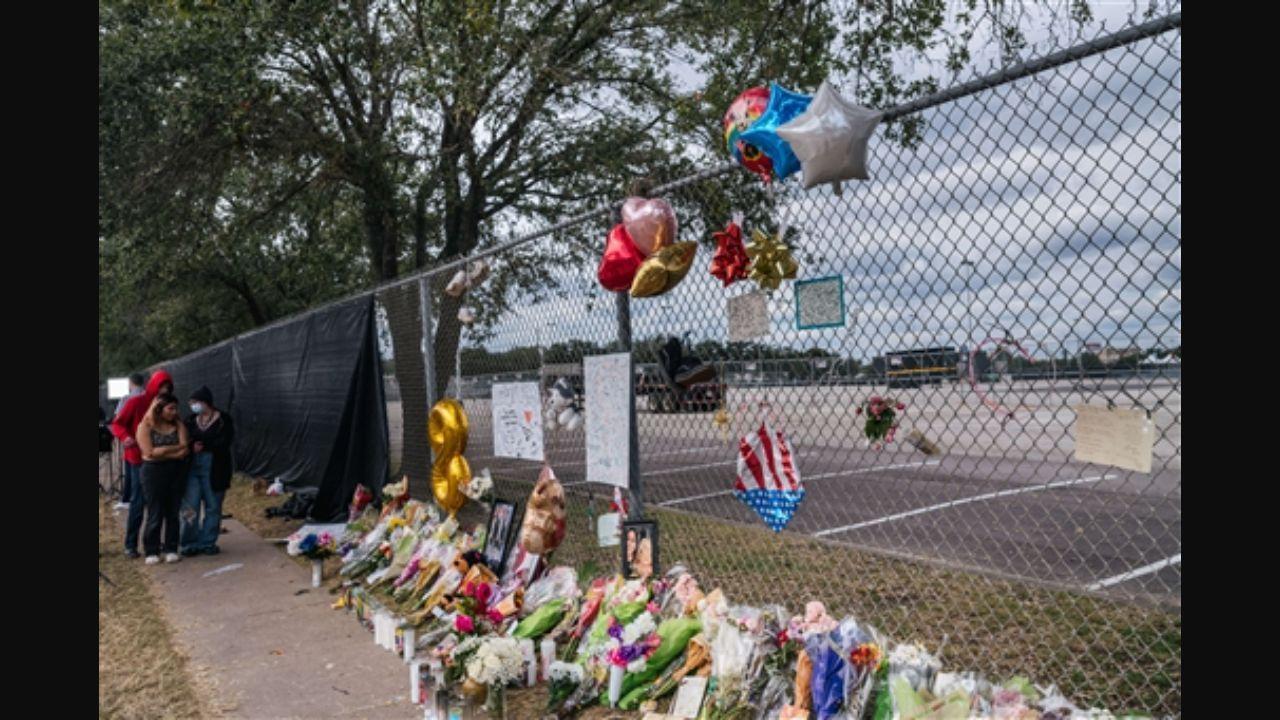 A 22-year-old Indian-origin student has succumbed to her injuries sustained during the deadly crowd surge at rapper Travis Scott`s Astroworld Festival here, taking the death toll in the tragedy to 9, her family has said.

Bharati Shahani, who was about to graduate from Texas A&M University in the spring, died on Wednesday night (November 10) after suffering a severe brain injury in the tragedy on November 5. She was on a ventilator, according to her family. A stampede of fans during rap star Scott`s Astroworld Festival on Friday night killed nine people between the ages of 14 and 27 and injured scores. An investigation continues into the tragedy.

Bharti`s heartbroken family on Thursday confirmed she has been declared dead from injuries she suffered during the chaos at the Astroworld Festival. “She was like an angel to us. “Bharti`s father Sunny said as his wife and other family members sobbed and held hands behind him. “Bharti is love,” said mother Karishma, who was overcome by grief.

“Always thinking about everybody ¿ friends, parents, family, her dog Blue. “They say Bharti was the backbone of the family, “the light of their lives” who was a gift from God. “She was everything to me,” Bharti`s younger sister Namrata said. “We did everything together… she was like a second mother to me.”

The young Aggie was a first-generation American of Indian origin and a good student who would have graduated soon with a computer science degree. She also helped with the family business and took care of her sisters. An Aggie is a student at Texas A&M University. Bharti had never been to a concert before — rarely did anything for herself, her mom said — but she decided to go see Travis Scott with Namrata and a cousin.

“She was looking forward to it, she had her outfits planned, she tried everything on, she showed me,” Namrata said. The sisters were holding hands and enjoying the music, but they got separated during the crowd surge. Texas A&M officials released a statement offering their condolences to Bharti`s family.

“The Aggie family is deeply saddened to learn of Bharti`s death. Our deepest condolences go out to her family and friends. We encourage our campus community to be kind and patient with themselves and others as everyone experiences grief in different ways. We also encourage anyone struggling to lean on their peers and professionals who are here to listen and help.”

Bharti, her sister Namrata Shahani and Bellani went to the Travis Scott concert together, but lost contact with each other and lost their cellphones when the crowd surged. “Once one person fell, people started toppling like dominos,¿ Bellani said on the local channel. “It was like a sinkhole. People were falling on top of each other. There were … layers of bodies on the ground, like two people thick. We were fighting to come up to the top and (to) breathe (and) stay alive.

“She was a sister, a daughter, a high-achieving college student about to graduate from Texas A&M University with high, high grades,” family James Lassiter said.
Bharti`s family had set up a GoFundMe to cover high medical expenses at the ICU, with over USD 79,184 raised as of now. Another South Asian, Danish Baig, 27, was killed during the crowd rush while trying to save his fiancee, his brother was quoted as saying by local media. Pakistani-American Danish, from Euless, Texas, fell during the chaos and was trampled by concertgoers while trying to protect Olivia Swingle.

“Travis Scott and his team and everyone associated in the event should and will be held responsible. He [didn`t] stop the show even with people chanting and to stop the show. He allowed it. This was a bloodbath and all of it is on his hands,” his brother said. Texas Gov. Greg Abbott on Wednesday announced the formation of a concert safety task force that will convene members including music industry representatives, law enforcement and state agencies to issue recommendations on how to keep concerts safe.

“Live music is a source of joy, entertainment, and community for so many Texans” and the last thing concertgoers should have to worry about is their safety and security,” Abbott said in a statement. Scott and event organisers have come under intense scrutiny for how they handled a crowd surge that injured hundreds.

“I`m absolutely devastated by what took place last night,” the rapper said in a statement the day after the incident. ¿My prayers go out to the families and all those impacted by what happened at the Astroworld Festival.”