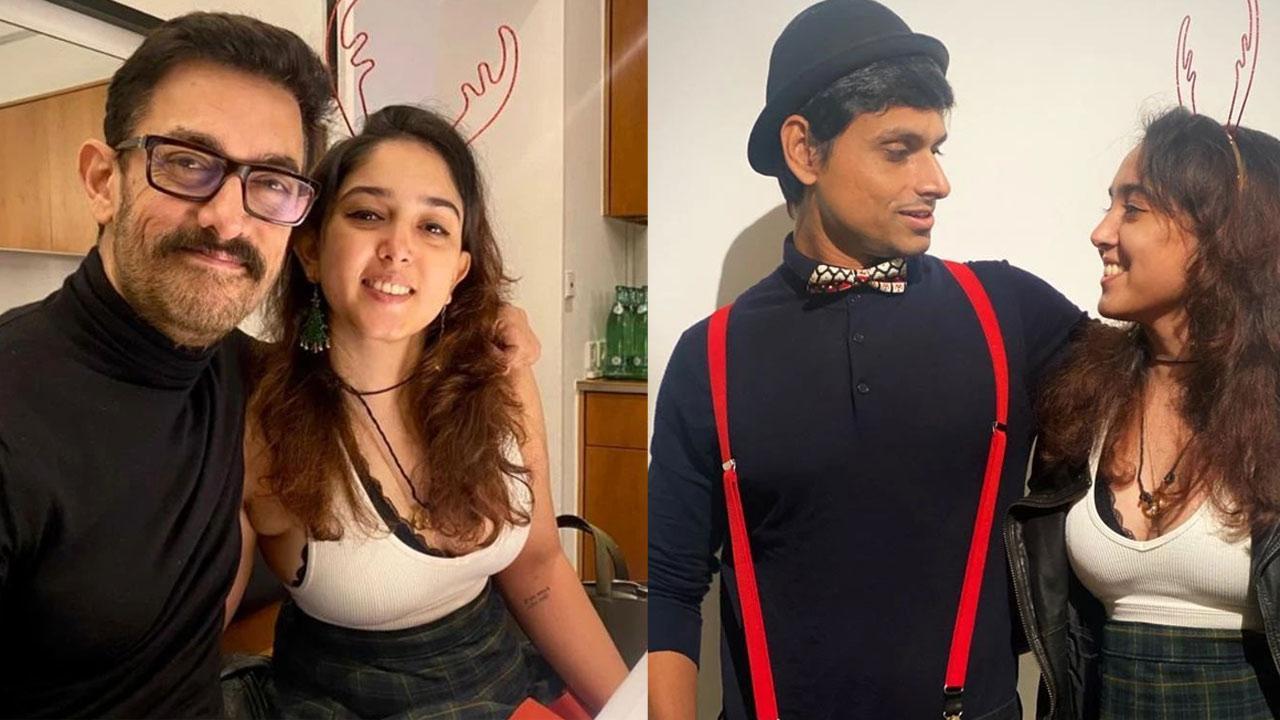 Aamir Khan’s daughter Ira Khan loves to share her daily shenanigans with her fans on her Instagram account. The Christmas wish and the subsequent celebration pictures were no exception. She shared some adorable pictures with her father Aamir Khan and boyfriend Nupur Shikhare and warned the fans in the caption that there were bloopers in the story.

Talking of Aamir Khan, the actor was indeed looking young as ever in the pictures. He’s all set to star in Laal Singh Chaddha that releases in cinemas on April 14, 2022. It also stars Kareena Kapoor Khan and Mona Singh.

Aamir Khan`s daughter Ira Khan was recently enjoying her winter days amidst a snowfall in a foreign country with Nupur. It seems like the lovebirds left for a vacation to an undisclosed spot for the Christmas season. Well, it was Nupur Shikhare, her boyfriend`s first snowfall ever, and the pictures will surely make you want to go on a vacation.

Ira Khan is Aamir`s daughter with his first wife Reena Dutta, with whom he also has a son named Junaid. She stepped into showbiz by making her directorial debut last year with the stage production, Euripides` Medea. The play was an adaptation of Euripides` Greek tragedy Medea, and it stars Junaid Khan and Hazel Keech.

On the work front, Aamir Khan’s daughter Ira has launched Agatsu Foundation to provide mental health support, mind and body awareness programmes and training to promote self-actualisation. The star kid had opened up about her mental health struggles last year.