Ira Khan `dresses up, smiles, says cheese` as she celebrates Diwali with Nupur 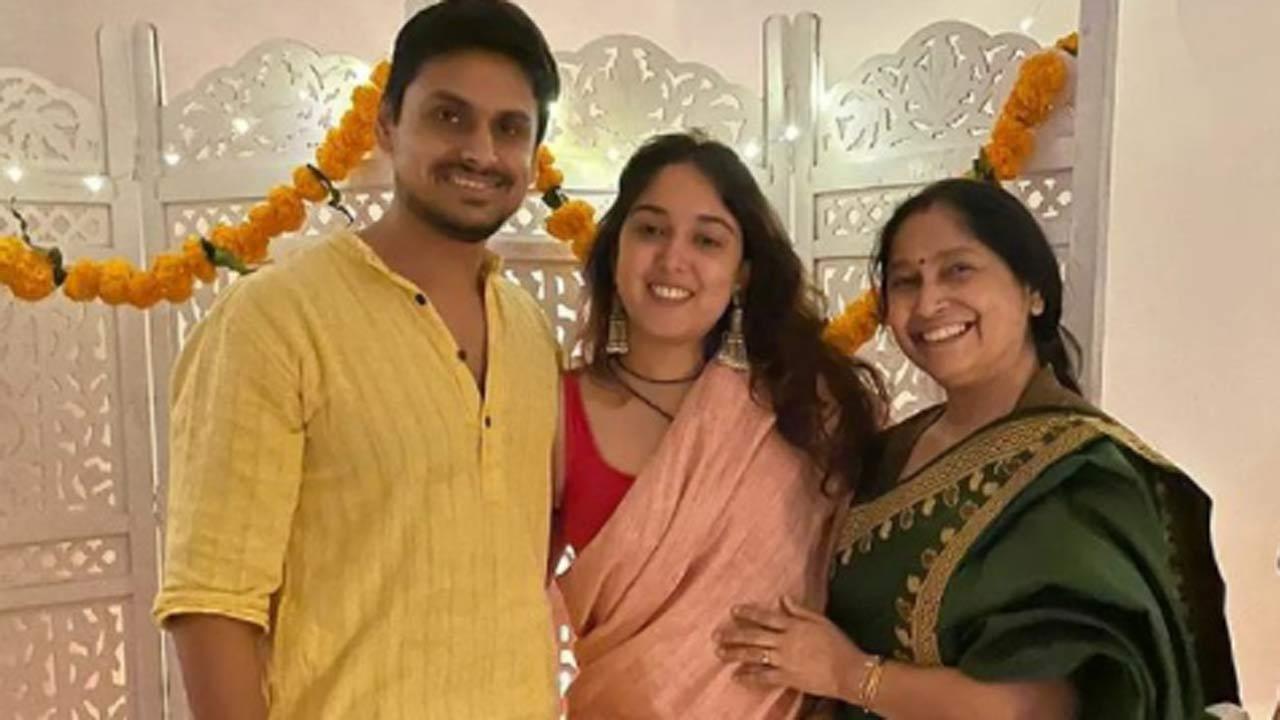 Aamir Khan`s daughter Ira Khan celebrated Diwali 2021 with her rumoured boyfriend Nupur Shikhare, and his mother Pritam. Though the star kid, and a director, did not share the pictures on her social media, it was Nupur`s Instagram that gave us a glimpse of the trio`s celebration. The festival of lights saw Ira`s different version where she was seen all dolled up for the occasion.

Ira was dressed up, sharing a smiley face with Nupur and his mother, and fans couldn`t stop awwing at the duo`s fun-filled celebration during the festival of lights. Ira was seen wearing a peach coloured saree, which she paired with a pretty red blouse. Speaking of Nupur, the fitness freak opted for a yellow kurta, paired with an orange coloured dhoti. Take a look at these happy faces right away!

Ira Khan is Aamir`s daughter with his first wife Reena Dutta, with whom he also has a son named Junaid. She stepped into showbiz by making her directorial debut last year with the stage production, Euripides` Medea. The play was an adaptation of Euripides` Greek tragedy Medea, and it stars Junaid Khan and Hazel Keech.

On the work front, Aamir Khan’s daughter Ira has launched Agatsu Foundation to provide mental health support, mind and body awareness programmes and training to promote self-actualisation. The star kid had opened up about her mental health struggles last year.