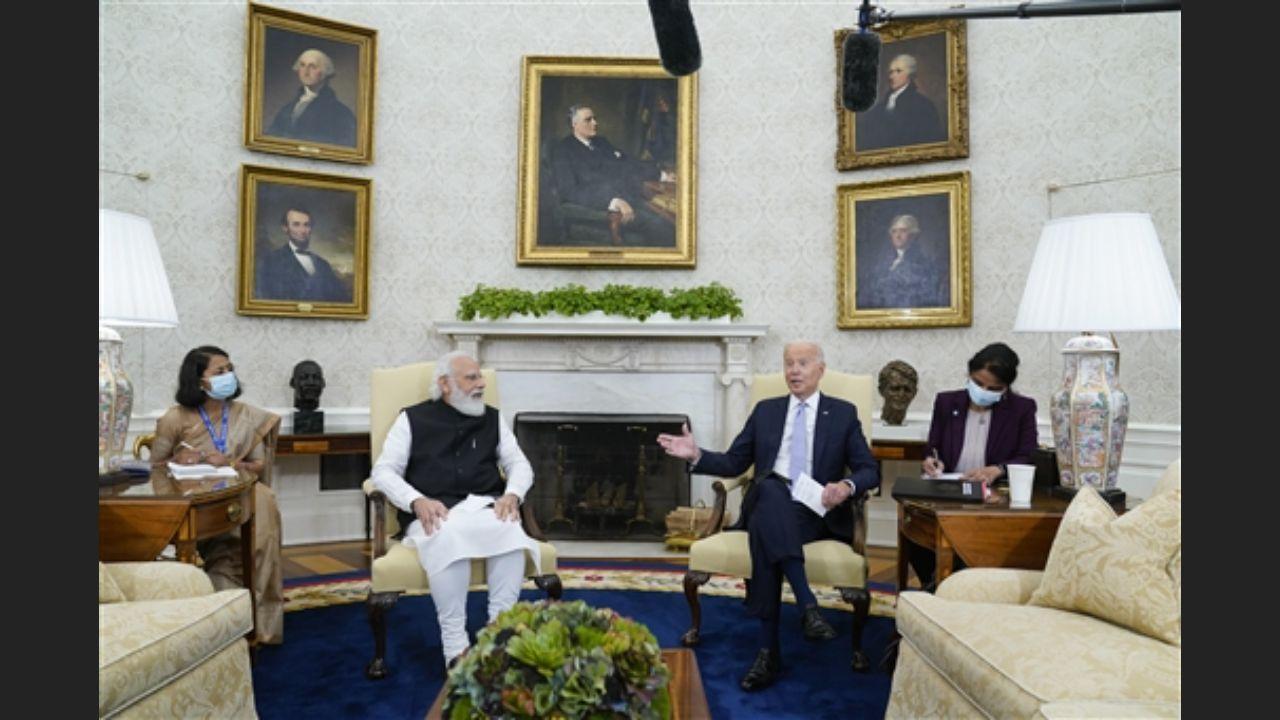 Prime Minister Narendra Modi and US President Joe Biden on Friday remembered Mahatma Gandhi, a week ahead of his birth anniversary on October 2, recalling the values advocated by the apostle of peace of non-violence, tolerance, respect and human trusteeship.

“The world celebrates Mahatma Gandhi`s birthday next week. We`re all reminded that his message of non- violence, respect, tolerance, matters today maybe more than ever,” Biden told reporters in the Oval Office of the White House as he welcomed prime minister Modi.

In his remarks, Modi also remembered the revered freedom fighter. “President Joe Biden mentioned Gandhi Ji`s Jayanti (birth anniversary). Gandhi Ji spoke about trusteeship, a concept which is very important for our planet in the times to come,” the prime minister said.

Gandhi`s concept of trusteeship is a social and economic philosophy aiming to bring justice in society. It provides a means by which the wealthy people would be the trustees of the trust (Earth) that looked after the welfare of the people in general. Gandhi believed labour was a superior capital as means of production.

“It (trusteeship) means that the planet that we have, we have to bequeath it to the following generations. And this sentiment of trusteeship is going to assume more and more importance globally, but also between the relations of India and the United States,” Modi said.

Modi, who is visiting the US for the 7th time after assuming office in 2014, described Friday’s bilateral summit with Biden as important as they`re meeting at the start of the third decade of this century.