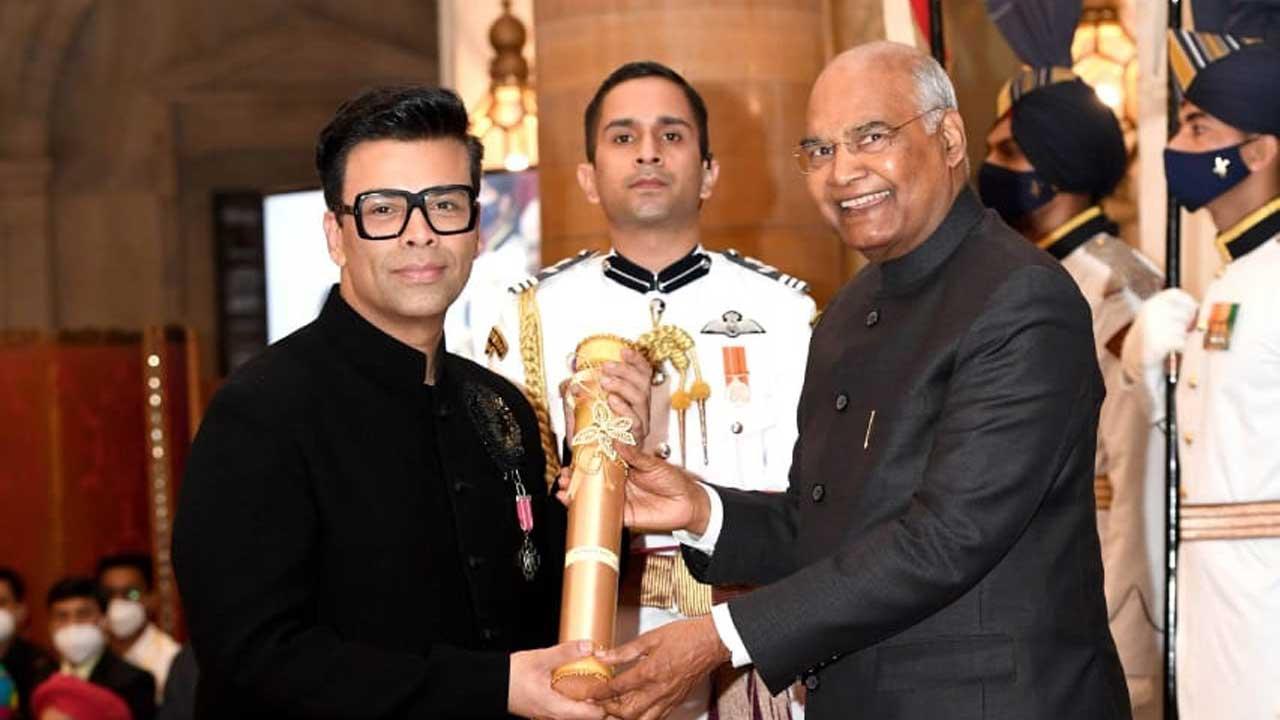 Filmmaker Karan Johar has been felicitated with the Padma Shri Award at Rashtrapati Bhawan, New Delhi on Monday.

Karan`s mother Hiroo Johar accompanied him to the prestigious ceremony.

The director-producer was conferred with the award by President Ram Nath Kovind.

The Instagram handle of Dharma Productions posted the video of Karan being conferred the award and captioned it as, “A moment of pride and honour for us all! Heartiest congratulations to our @karanjohar on receiving the prestigious Padma Shri Award presented by the President of India Shri Ram Nath Kovind.#PadmaAwards2020 #Padmashri.”

Separately from his directorial stints, the filmmaker also has a number of production ventures in the pipeline. He has recently produced Akshay Kumar and Katrina Kaif-starrer `Sooryavanshi`, along with Ranbir Kapoor-Alia Bhatt`s `Brahmastra`.

Karan is also set to launch South sensation Vijay Deverakonda in Bollywood with `Liger`, which stars Ananya Panday as the leading lady.