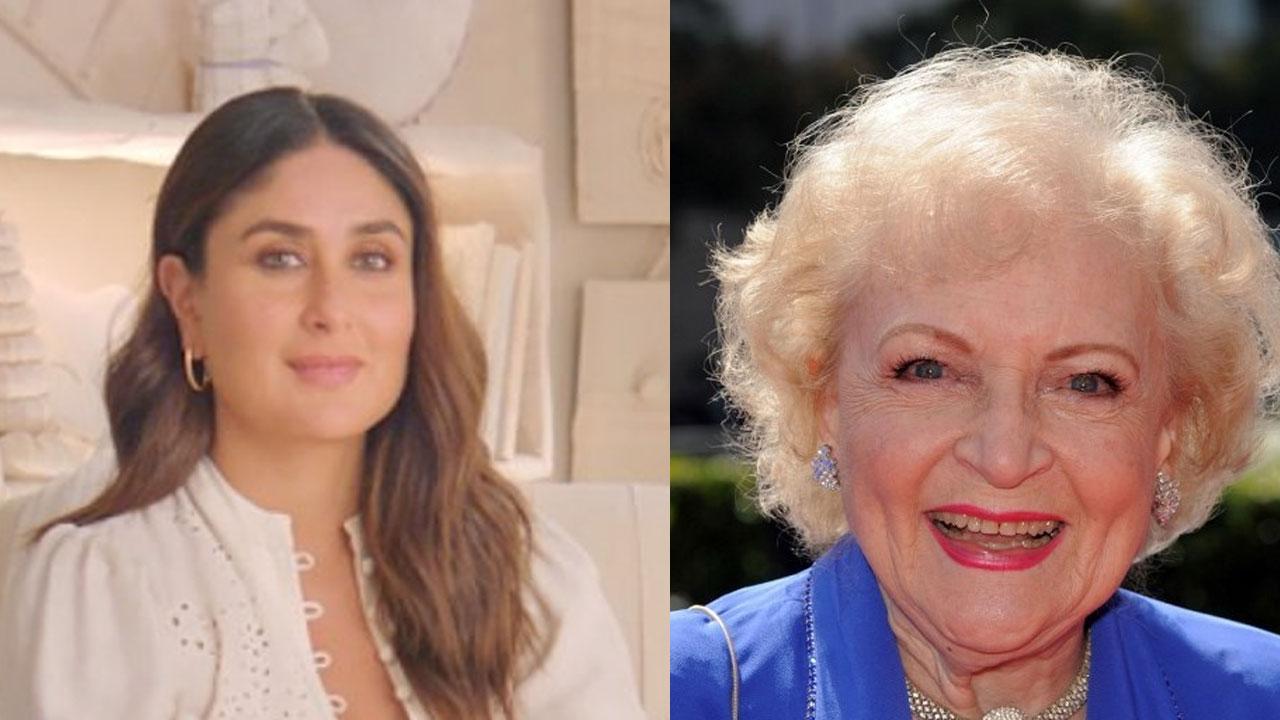 Actor Kareena Kapoor on Saturday paid a heartfelt tribute to legendary actorcomedian Betty White, who passed away on Friday. Taking to her Instagram handle, Kareena shared a still of the late actor from her 1985 much-loved sitcom `The Golden Girls`. The picture also captures White`s late co-actors
Bea Arthur and Rue McClanahan.

Sharing the picture, Bebo wrote, “The Golden Girl Forever. Betty White,” with a red heart emoticon. Many other celebrities from across the globe and political leaders mourned the demise of the icon, who passed away at the age of 99.

White “died peacefully in her sleep at her home early this morning,” her agent and close friend Jeff Witjas told People magazine on Friday afternoon. The Emmy Award-winning actor, who was born in 1922, would have turned 100 on January 17 this year. She was widely known for her lead role as Rose Nylund in `The Golden Girls`, which ran from 1985 to 1992.

Moreover, White won five primetime Emmy Awards — including two for `Mary Tyler Moore,` one for `Golden Girls` and one for her 1975 `SNL` appearance — along with Screen Actors Guild Awards, American Comedy Awards and even a 2012 Grammy.