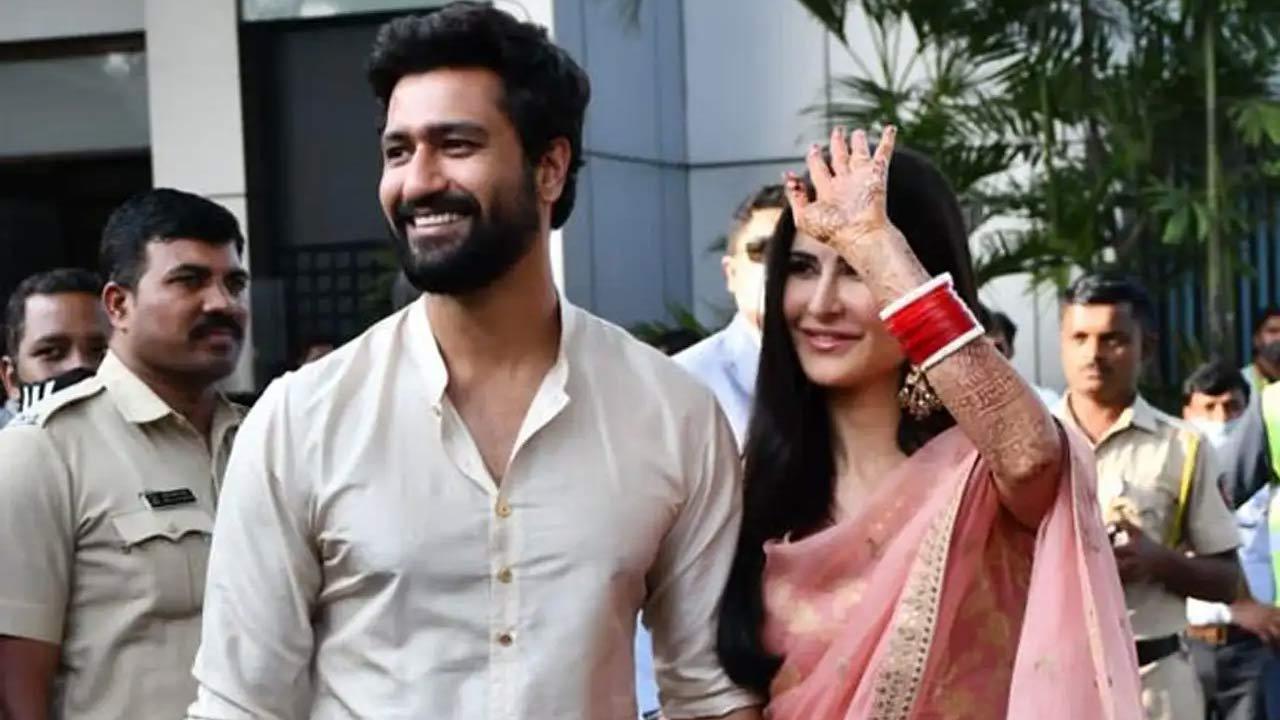 Vicky Kaushal and Katrina Kaif tied the knot on December 9 in Rajasthan in what is the wedding of the year. They both recently moved to their new abode and now, both the husband and the wife have shared a picture from their new home where they both can be seen holding each other’s hands.

Vicky Kaushal and Katrina Kaif tied the knot in Rajasthan on December 9 and soon shared some stunning and gorgeous pictures with fans on their Instagram accounts. Acing their wedding outfits designed by Sabyasachi Mukherjee, they established major fashion goals.

And in an interaction with fans on Instagram, Vicky Kaushal’s cousin Dr Upasana Vohra made some revelations about the inside happenings of the grand wedding. When a user asked her about the actress’s family, she replied, “Katrina Maam ki family bahut achchi hai.” When the same user asked if she spoke in Punjabi at the wedding, she said, “Yes, she’s speaking in Punjabi throughout the wedding.”

The newly married couple recently got clicked in Mumbai as they came back from an undisclosed location and was spotted at the airport holding each other’s hands.

Well, many aren`t aware that Katrina`s professional commitments have been with the Kaushals for quite some time now. The actress, who was almost cast opposite Vicky Kaushal for a movie, has worked with Sham Kaushal too. The movie they worked on is Kabir Khan`s espionage thriller Phantom, which came out in 2015.

Katrina Kaif, who played the character Nawaz Mistry, a former RAW agent in the movie, had a pivotal role in the film. The screenplay of the film was written in coordination with author Hussain Zaidi`s book Mumbai Avengers on the aftermath of the 26/11 Mumbai attacks. The actress had high-octane scenes in the movie, which were directed by action director Sham Kaushal, the actress` father-in-law.