King of the Nord 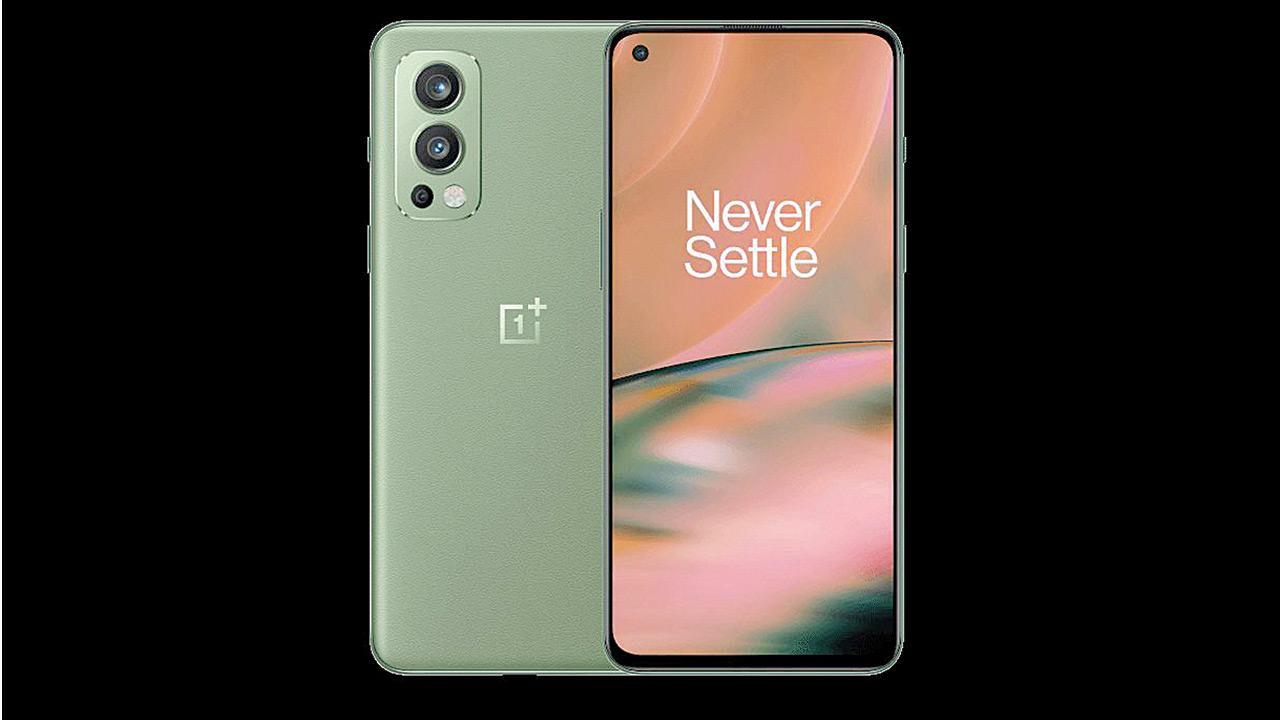 The first thing you will notice about the Nord 2 5G is that it looks and feels similar to the previous Nord. This is good because the handfeel of the first Nord was very good; the new one feels good to hold as well. I tested the Green Woods version with dual SIM support, 12GB RAM and 256GB storage. Unlike the other two variants, this one has a leather-like material at the back. The other two have glass. Despite the body being made of plastic, this in no way feels like a cheap phone. Not bad for a phone that starts at Rs 29,999.

The screen on the phone is a 6.43inch Full HD AMOLED with a 90hz refresh rate. The screen is bright enough for outdoors and the colours are crisp. If you don’t like the colour profile and instead prefer more vivid colours, you can change it in settings.  While the display is pretty much the same as last year’s model, this one doesn’t come with a huge dual-camera cut-out, instead of opting for a single 32MP selfie camera. Under the screen included is a fingerprint sensor as well. The headphone jack reintroduced in the Nord CE is visibly missing here, fortunately, the OP team has included the physical sound profile slider which was missing on the Nord CE.

The major change in the phone this time is the switch from Qualcomm’s Snapdragon. OnePlus has instead opted for MediaTek’s Flagship Dimensity 1200 Soc (system-on-a-chip). Switching the chipset is a blessing. Dimensity 1200 is phenomenal. Not only does the chipset manage to perform reasonably well even when compared to more expensive phones,  but it also manages to conserve energy well, offering at least an entire day’s usage from a single charge. During day-to-day operations, the phone didn’t heat up. Only, heavy games like Genshin Impact struggled at max settings and also generated a lot of heat.

The battery is built for high-speed charging as well. On the inside of the phone, it is split in two and uses the provided 65W charger to go from zero to 100 per cent charge in under 40 minutes. It is a killer feature when combined with Dimensity’s ability to sip the power.  The audio on the phone is pretty loud and it is stereo. That said, it isn’t the best quality but it is good enough for watching Netflix. Call quality and general network handling are very good. I didn’t experience any call drops or bad audio quality during my test.

With most One Plus phones, the camera setup needs a lot of time and updates to mature.  With the Nord 2 however, it is mostly good out of the gate. It is a triple camera setup at the rear with a 50MP Sony main camera with built-in optical image stabilisation, an 8MP Ultrawide angle and a 2MP depth/macro lens. During the daytime and inadequate light, the camera performed well. The OIS was very useful in shooting videos and stabilisation was available even when using wide-angle to shoot. In lower light conditions the images were a bit grainy and there was a loss of sharpness. In my experience, One Plus usually improves on these issues with updates and this could be the case with this phone as well.

The true hero of the Nord and all One Plus phones is still Oxygen OS. The OS makes the system work like magic. There is no adware and bloatware and that in itself warrants the extra you are paying for this phone over something similar from say a Xiaomi or Realme. Now that One Plus has merged teams with Oppo, I hope that they don’t replace Oxygen with Colour OS in the future. That would be tragic.

The term flagship killer gets thrown around a lot these days. However, here it should be applied liberally. The lethal combination of an all-rounder phone at a budget price point and an ad-free operating system make One Plus Nord 2 5G the only sane choice in the budget category. This is one of One Plus’s better and well-thought-out phones.

Apple announced new products, including a 10.2-inch iPad, 8.3-inch iPad Mini, iPhone 13 with Mini, Pro and Pro Max versions and Apple Watch Series 7. The 10.2-inch iPad will feature the A13 Bionic chip and a 12MP Ultra-Wide front-facing camera will start at R30900. The new iPad Mini will house the A15 Bionic chip and will also come with the new 12MP Ultra-wide front-facing camera, starting at Rs 46,900. The new iPhone 13 will feature A15 Bionic chip and the lineup will start at R69,900 for the Mini and Rs 1,29,900 for the Pro Max versions.

Intel Arc could rival cards from Nvidia and AMD

Intel has already confirmed its foray into high-end graphics and we could be seeing Intel Arc-based computers and laptops as soon as early next year. The latest rumours surrounding the card revolves around its performance, which could be close to Nvidia’s RTX 3070. The current chip crisis has caused major supply problems for graphic cards. With the shortage in play, it could be the right time for Intel to make its move into game-grade graphics.

Nintendo enabled Bluetooth Audio for Switch with a new software update. The device can connect to the controllers and Bluetooth Audio devices at the same time. The update comes four years after the device was first released in 2017. Better late than never.