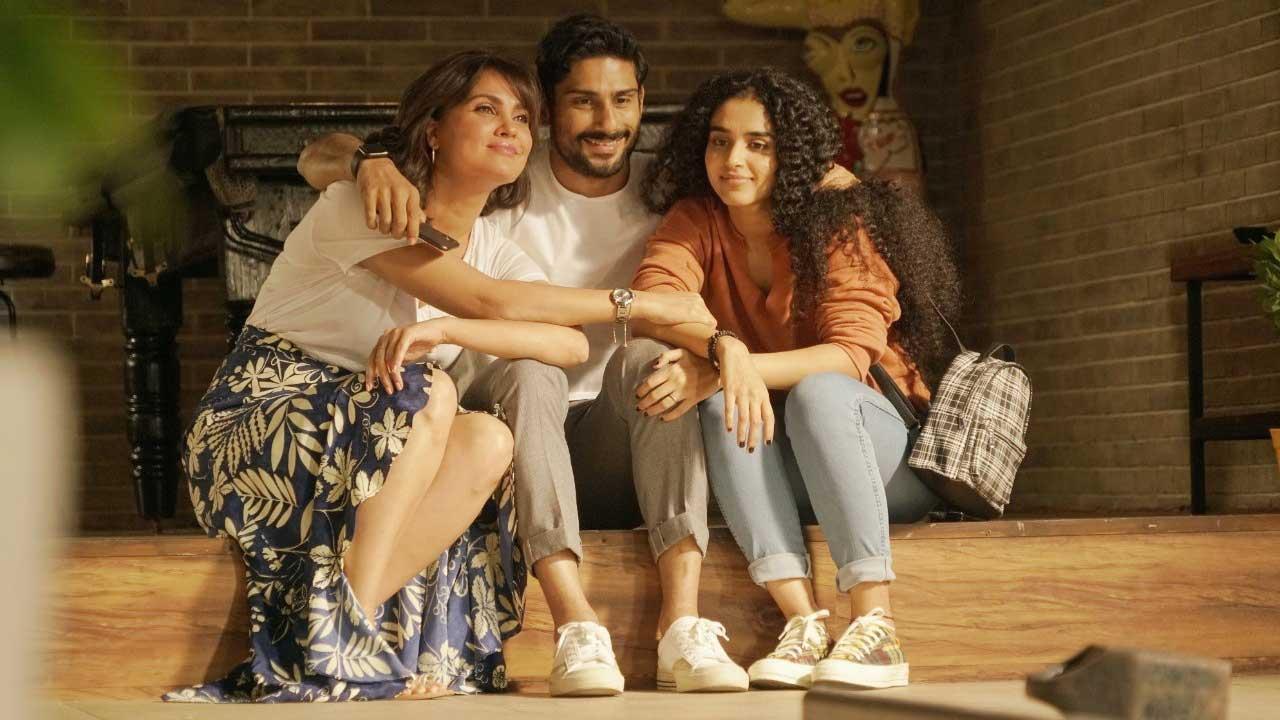 This irreverent family dramedy will premiere on Friday, 26th November 2021, exclusively on Lionsgate Play. The unique plot, focusing on a sibling duo, explores multiple layers of the lead characters and how they are dealing with their own challenges and baggage with each other.

The upcoming project is Lionsgate Play`s first Indian original show. On Monday, the host of characters were introduced to the viewers by none other than Rajkummar Rao in a new video.

In the clip, Rajkummar is seen introducing the new Rao`s in town `shocking and not rocking`. He refers to Lara Dutta`s character as a `modern stree` who is confused about her dating options. Prateik Babbar is introduced as the guy who considers himself to be the `Newton of Relationships` as he believes dating is a game of Snakes and Ladders.

Shinnova who plays the teenage daughter of Lara Dutta`s character in the show, according to Rajkummar, considers herself the `Queen of Relationships.` But eventually, she ends up getting caught in situations that go against her.

Talking about his association, Rajkummar said, “All three characters that I introduce have a mind of their own. They are full of sass combined with a lot of spunk. They have been on my mind as they go about living their life to the fullest without any filters. And yes, it looks like, it`s time for a Rao like me to `Ghabrao` because this new set of Raos is clearly going to keep me on my toes with their adventures.”

Hiccups and Hookups centres around Vasudha Rao (Lara Dutta) a newly separated single mother living with her brother Akhil Rao (Prateik Babbar) and her daughter Kavanya Khattar (Shinnova). The sassy yet heart-warming series opens doors to accept a dysfunctional family without any judgement. The lead characters coach each other through the crazy world of dating while raising Vasudha’s teenage daughter. The closeness and honesty between the leads allows them to share the good, bad, and ugly side of their relationships with each other.

Directed by Kunal Kohli, `Hiccups and Hookups` is touted as a bold and progressive show about a family which doesn`t believe in filters or boundaries.

Also Read: Lara Dutta: I`m having more fun now than I did in my 20s as an actor