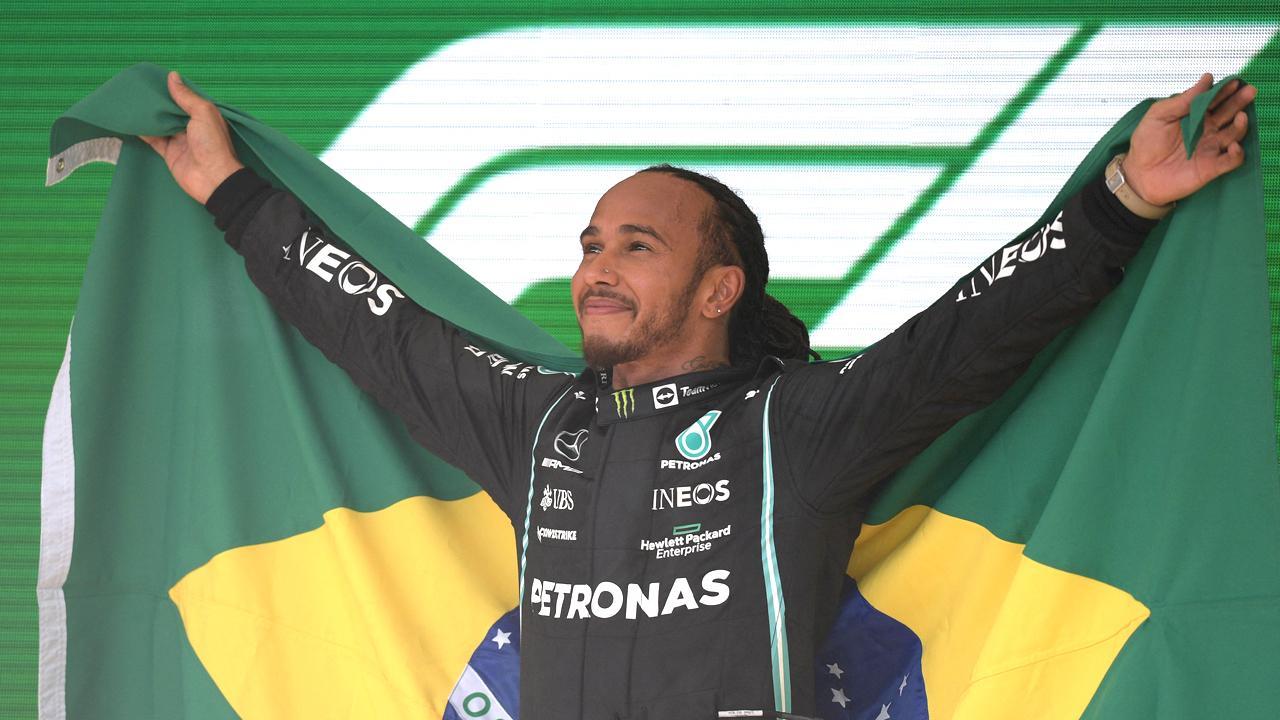 Mercedes` Lewis Hamilton won the Sao Paulo Grand Prix after a sensational battle with his rival Max Verstappen in an absolutely enthralling return to Brazil for Formula 1.

Verstappen finished runner-up ahead of third-placed Valtteri Bottas. Hamilton enjoyed a terrific start from P10 on the grid and was clearly on the charge, team mate Bottas – who lost the lead to Verstappen at the start – letting him for P5 by on Lap 5.

“Hamilton then took P2 off Perez in a duel that began on Lap 17 and culminated in a Lap 19 pass at Turn 4. The first stops took place around Lap 25 but the action built up to a terrific crescendo after Verstappen took a second stop on Lap 41, Hamilton on Lap 44,” stated an official F1 report.

The Mercedes driver bore down on Verstappen and despite being shoved wide at Turn 1 – the stewards noting but not investigating – on Lap 48, Hamilton didn`t give up, trying it again on Lap 58 only to meet a stubborn defence. A lap later came the winning pass with DRS on the run up to Turn 4, this time Verstappen having no choice but to concede.

Hamilton ended up 10.4 seconds up the road in first place at the flag, cutting Verstappen`s championship lead from 21 points to 14 points.

Bottas, who took an opportunistic stop during the Lap 30 Virtual Safety Car period and another on Lap 41, finished third ahead of Sergio Perez, who started fourth, was up to second, but lost places to the two Mercedes.

The Mexican however took the fastest lap at the expense of Hamilton, on the final tour having pitted for softs on Lap 70.

The Ferraris pulled off a two-stop strategy to see Charles Leclerc home in fifth and Carlos Sainz – who lost three places amid contact with Lando Norris (P10) at the start – in sixth. Pierre Gasly picked off the Alpines after pitting twice, his Lap 50 change to hard tyres heling him pass Esteban Ocon (P9) and Fernando Alonso (P8).