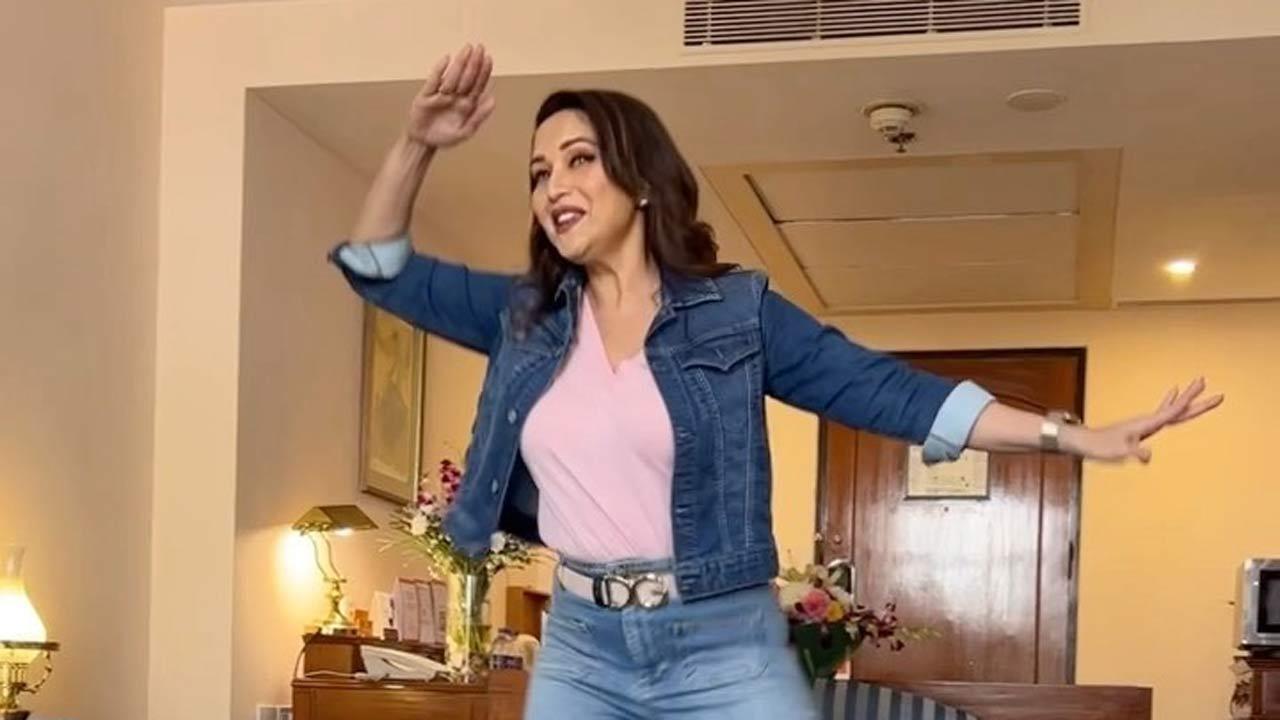 Twinkle toes Madhuri Dixit-Nene has given a sprinkle of Bollywood to singer Meghan Trainor`s track `Me Too` on social media. In the clip, she starts off easily with effortless steps and then gives a spin of the hook steps of `Ek do teen`, `Channe ke khet mein` and `Tamma tamma` — a few tracks featuring the actress.

For the caption, she chose a line from the song: “If I was you.”

The 54-year-old actress is an ardent social media user. She keeps updating her fans and followers with regular posts and pictures. On the big screen, Madhuri was last seen in the 2019 film `Kalank`.