Skip to content
Home » Magic of hockey prevailed amid gunshots, militancy in this Jharkhand district

Magic of hockey prevailed amid gunshots, militancy in this Jharkhand district 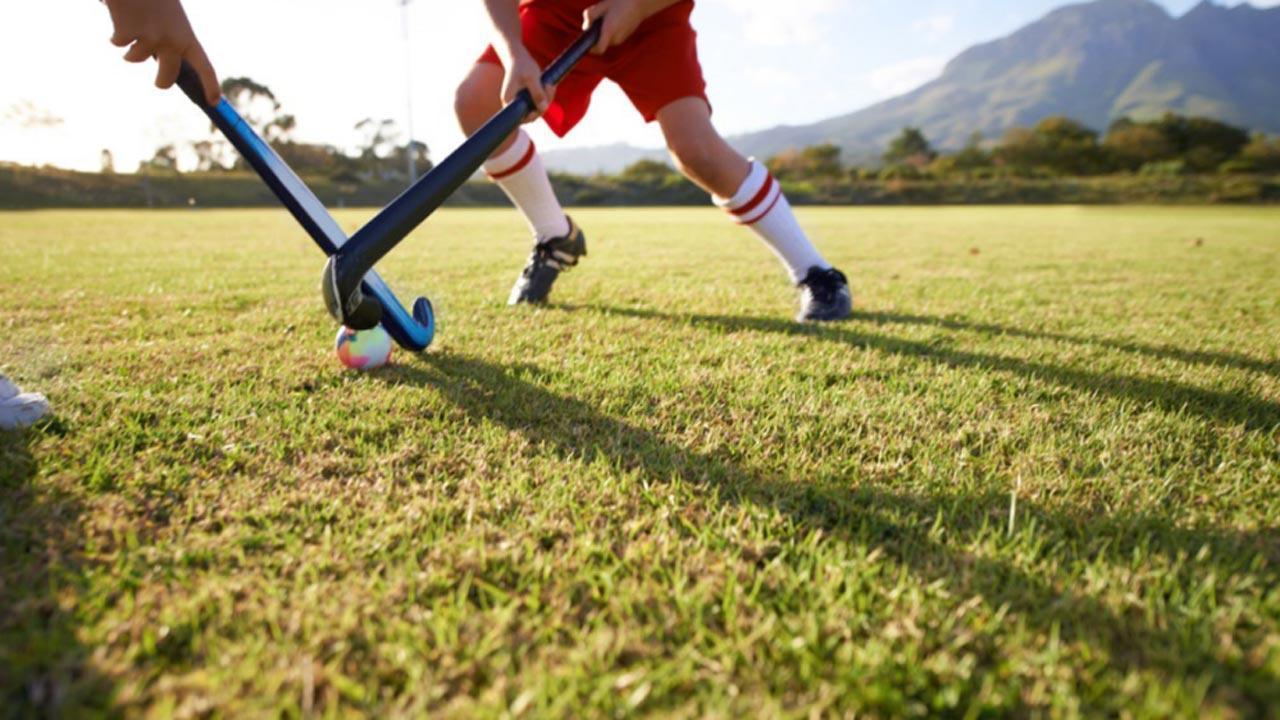 There are still several villages in Simdega district of Jharkhand that have no electricity but the passion of hockey runs high in the heart of the people residing there. Not very long ago, the sound of gunshots were heard often. But with the advent of the new year, a new and positive change also came along.

The officials of the Simdega District Hockey Association and the residents of Runghudera have made a hockey ground by clearing the forest and bush, in just two days. Now, preparations are underway to organise a tournament here at the end of this month, or in February.

Akash Manjhi, a resident of the village has given his land for the hockey ground.

Hockey Simdega chief Manoj Konbegi and Akash Manjhi held a meeting with the people of the village. It was decided that the children and youth of the village and nearby areas should be prepared for hockey.

Eventually, in the weekend — on Saturday and Sunday, the villagers gathered with a spade, shovel, axe and basket, and cleared the forest and bush and turned it into a field.

Till date, the residents of Runghudera villagers neither had access to electricity nor paved roads. There is no mobile-phone connectivity or network either.

After getting off the paved road, people reach the village after walking on a rock-laden path for about 6-7 km.

The population of this village with around 50 tribal families is about 250.

For drinking water, the people depend on wells and ponds. Elephants also create havoc every now and then in this village surrounded by forests.

In Simdega, until a few years ago, when the threat of militant organisations was in every village, the armed squads of militants used to take shelter here.

The condition of the local school is also not quite satisfactory.

Amid all the difficulties, when the hockey ground was ready in the village on January 2, the enthusiasm of the children and youth of the village was sky-high.

Manoj Konbegi, head of Hockey Simdega, said that children and youth will be trained for hockey and within two months, a hockey tournament will be organised among the children of nearby villages.

Efforts will be made to produce better players to give them a chance to play at the district level.

It is pertinent to note that Simdega district has given more than 50 national and international hockey players to the country so far.

Most of the players have come out of RC Upgraded Middle School Karanagagudi located in Basen Panchayat and behind this, Benedict Kujur, the former principal of the school, who served in this school for 13 years, has played an important role.

Alka Dungdung of Basen Panchayat has been included in the Indian team in the Belgium tour. Alpha Kerketta, Sangeeta Kumari, Beauty Dungdung Australia, Dipika Soreng, Anjana Dungdung are among some of the other names who have made it to the national squad.

Playing in the fields and villages of Simdega, there is a long list of players who have shown their talent in hundreds of tournaments in the country and abroad.

Novel Toppo, a resident of Sevai Khuntoli, was the first hockey player from Simdega to get a place in the Indian National team. He played for the country in 1966-67.

After this, Michael Kindo was included in the Indian men`s team that played the Olympics in 1972.

The Indian team won the bronze medal in this Olympics.

When the Indian team won the gold in the 1980 Olympics, Simdega`s Sylvanus Dungdung played an important role in it. Simdega`s daughter Sumrai Tete, Masira Surin and Kanti Ba were a part of the Indian women`s team in the Commonwealth Games in 2000.

Sumrai Tete was also the captain of the Indian women`s team in 2006.

Simdega`s Asunta Lakra has also captained the Indian women`s team in 2011-12. The country won many tournaments under her leadership.

Simdega`s daughter Salima Tete was the captain of the Indian women`s team in the 2018 Youth Olympics.

Similarly, Sushma, Sangeeta and Beauty of Simdega have been included in the junior Indian women`s team.

Many players like Bimal Lakra, Virendra Lakra, Masih Das Ba, Justin Kerketta, Adeline Kerketta, Alma Gudiya, Ashrita Lakra, James Kerketta, Pushpa Topno came out from Simdega, who have shown the magic of their hockey stick in the national as well as international tournaments.