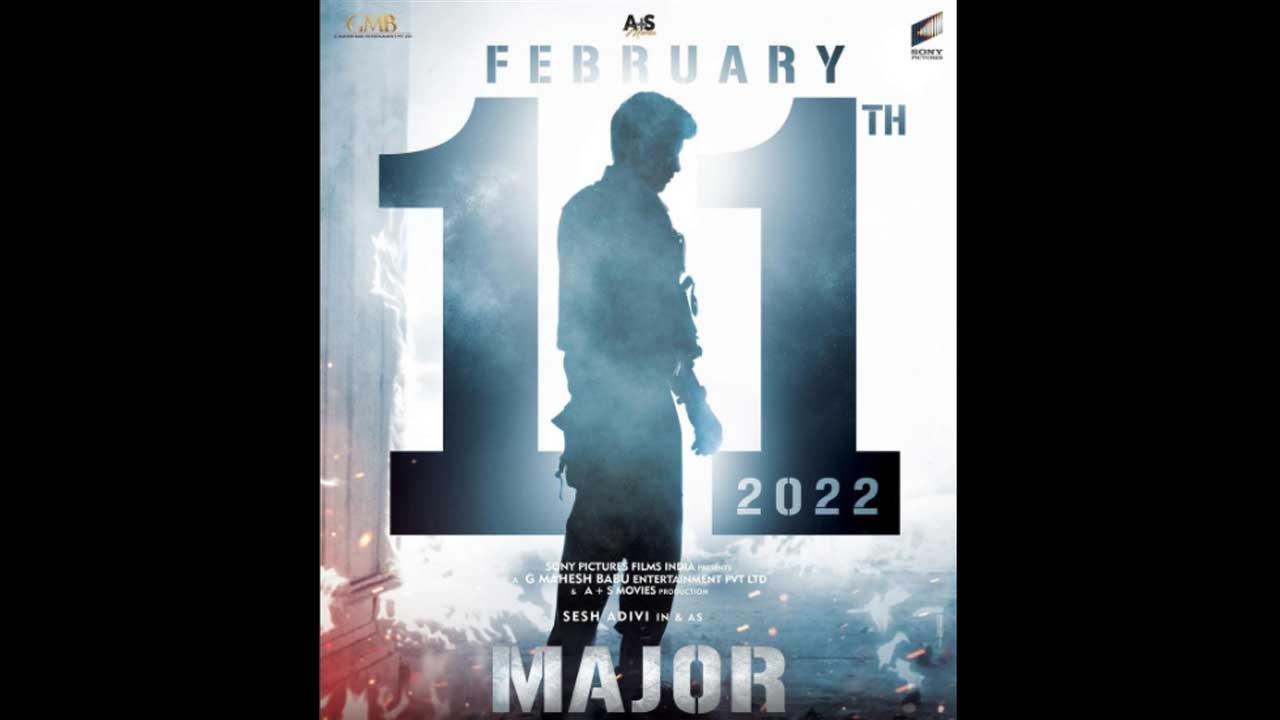 The release date for Adivi Sesh-starrer `Major` is finally out. It will arrive in theatres on February 11, 2022.

Alongside the update, he posted a video featuring BTS moments from his shoot.

Helmed by Sashi Kiran Tikka, `Major` traces the journey of Major Sandeep Unnikrishnan, played by Adivi, who selflessly fought for the citizens of India through the span of his life and martyred at the tragic 26/11 Mumbai attacks. Earlier, the makers unveiled the teaser of the film, scaling the varied phases of Sandeep Unnikrishnan`s life from his childhood, teenage, to the glorious years in the army, touching upon the different aspects of his being.

Sobhita Dhulipala, Saiee Manjrekar, Prakash Raj, Revathi and Murli Sharma are also a part of `Major`, which is scheduled to release in Hindi, Telugu and Malayalam languages.