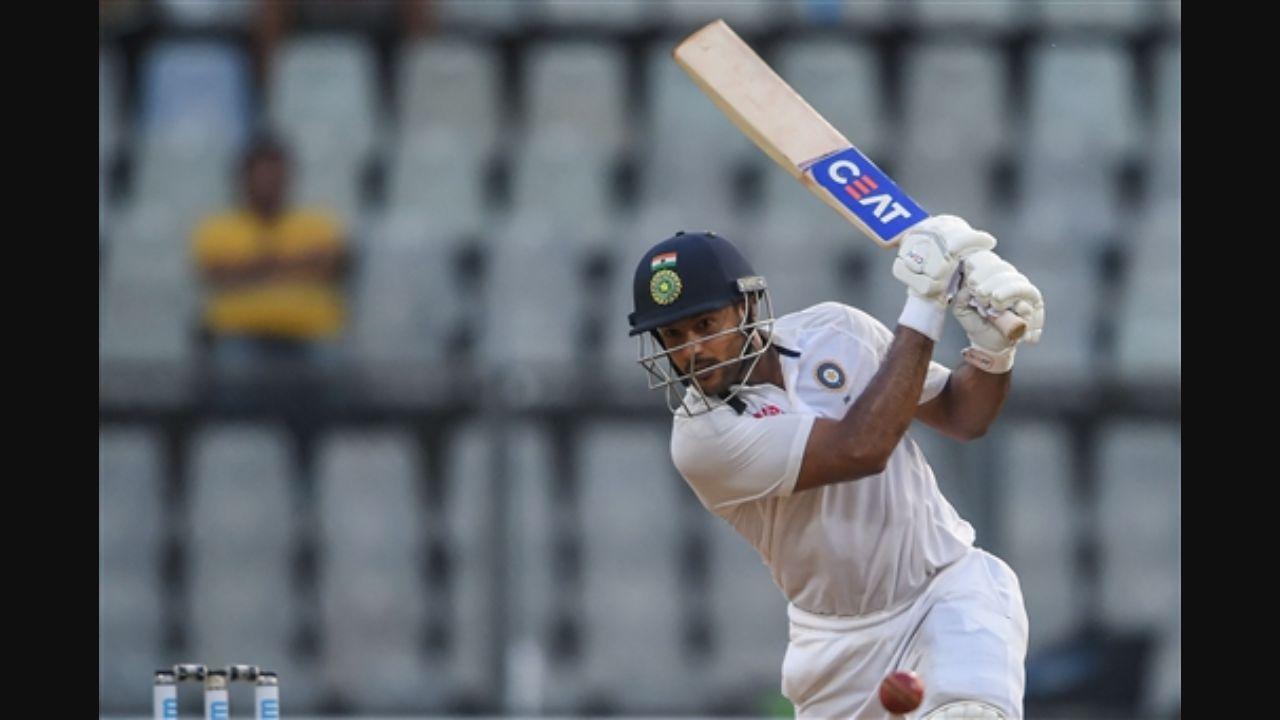 India reached 221 for four against New Zealand at the end of a curtailed opening day`s play in the second Test.

At stumps, Mayank Agarwal and Wriddhiman Saha were batting on 120 and 25 respectively. Earlier, after the entire first session was wiped off owing to a wet outfield caused by overnight rain, India opted to bat first when the returning Virat Kohli won the toss at the Wankhede Stadium.

Openers Agarwal and Shubman Gill (44) put on 80 runs for the first wicket before the latter was dismissed by Ajaz Patel. The out-of-form Cheteshwar Pujara and skipper Kohli were sent back in quick succession by the Mumbai-born left-arm spinner, who finished the day with impressive figures of 4/73. Both Pujara and Kohli failed to open their accounts, though the decision regarding the captain`s dismissal seemed debatable.