Skip to content
Home » mid-day`s OTT recommendations: Five movies and shows that you can binge-watch

mid-day`s OTT recommendations: Five movies and shows that you can binge-watch 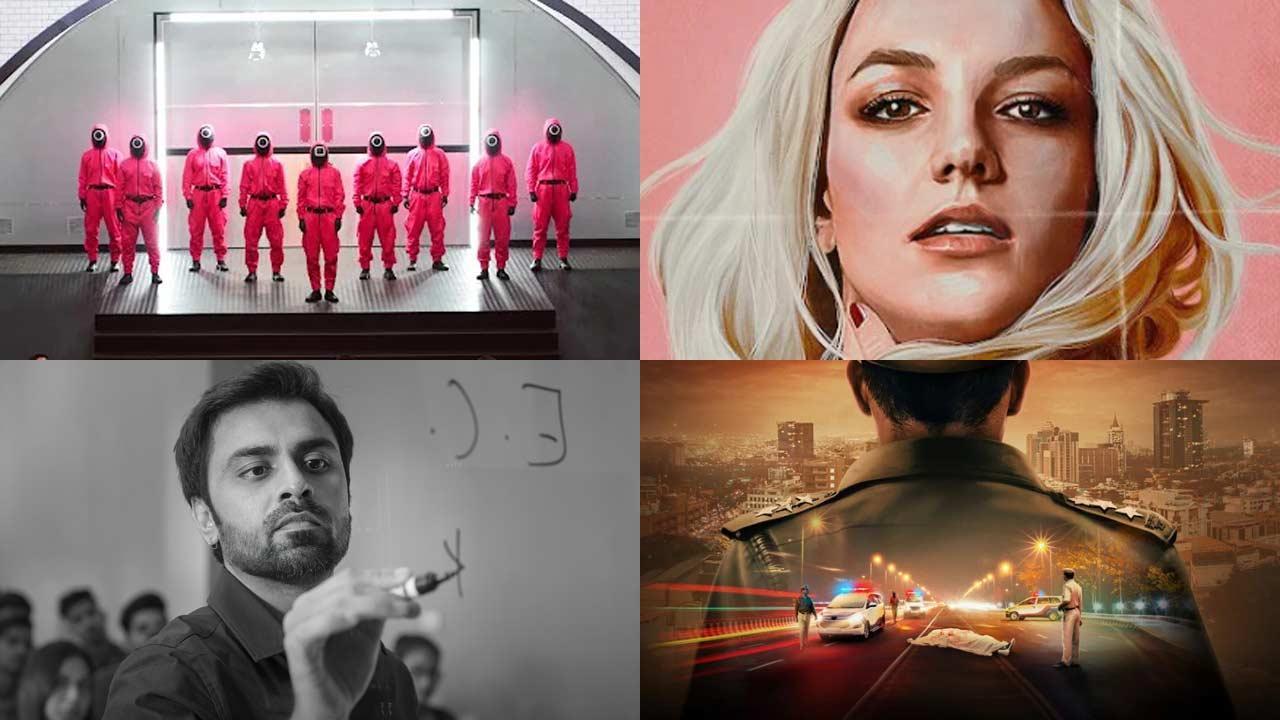 It’s true watching shows/movies takes away a lot of time, but the actual time is spent on deciding what to watch. I surfed for hours and days before locking on the five titles for this week. Despite several big releases including, Kangana Ranaut’s Thalaivii and Sunny Kaushal’s Shiddat, only a few managed to captivate my mind for its gore, simplicity, realistic and mindboggling storyline. A series inspired by children’s games, a documentary on one of the biggest pop stars, a love story turned over on its head, a crime narration and a show on the pressures faced by IIT students, these have been my picks. Whether you agree with my choices or not, give it a watch and decide for yourself. Here are this week’s mid-day OTT recommendations:

Director Hwang Dong-hyuk, inspired by South Korean children’s games from the 70s and 80s, created a 9-episode series showcasing everything people can do for greed and desperation. About 456 people are invited to play a strange children’s game with high stakes for a tempting amount. Knowing that outside the game or within it, life will always be on the line, several take the plunge. Hiding behind masks, the game’s host gives them an option to quit, but the truth of poverty and their debt-ridden lives bring them back. Six games are played, at the end of each the loser loses his life and every life is valued at $100 million. The series is not for the faint-hearted, especially when you see brains and guts spilling out from people crushed to their death. Plenty of gore and twists in the story will keep you hooked right till the end of the series. It’s interesting to see how the story explores human behaviour. Usually, in bloody movies, the atmosphere is somber, but mixing it with children’s games, nursery rhymes and colourful sets almost throws you off – keyword being almost. The show is dubbed in English, which gives viewers who don’t like following subtitles an added advantage. So, don’t miss this one.

You would think I’m obsessed with Britney Spears because this is the second documentary about the pop star on my recommendation list. Truth be told, watching Samantha Stark’s Framing Britney Spears left me teary-eyed and puzzled but touched, nonetheless. Britney vs Spears, directed and narrated by fan Erin Lee Carr, is another version of the story that has statements of several people actually involved in her life – paparazzo-turned-confidante Adnan Ghalib and friend ‘business manager` Sam Lutfi – although their relationship with the singer is still uncertain. Probably the only story to make sense will be one that comes directly from Britney herself. Yes, there is sensationalism involved in the documentary, and it omits several key points about her conservatorship. Despite that, the documentary is corroborated with actual documents, which is hard to ignore. Whether Britney herself will like this version of her story that highlights her most controversial time is something time will tell. The one-hour special still feels incomplete, but adds more chapters to the life of this celebrity who has often topped charts. It makes for an interesting watch and will keep you hooked, exactly how the makers intended it to be. Believing this version of the story or not, now that’s a personal choice.

I am not an IIT student, so I’m ignorant of the stress of studying for this exam, but that doesn’t mean I am clueless about the pressures faced by students. Student life is riddled with competition and anxiety, and it comes attached to any stream one may choose, be it MBBS or BMS, or MBA. Of course, IIT is a tough subject and not everyone can ace it. The series and its subsequent sequel revolve around Vaibhav, who has come to Kota to prepare for his JEE and NEET. Along with his friends, he navigates campus life and love while working hard to ace the exam. Strong-willed and dedicated, he respects his professor, Jeetu bhaiya (effortlessly played by Jeetendra), and often seeks his advice, be it educational or personal. Made in black-and-white, the series is inspiring, emotional, real, and comical at times. It’s a perfect blend of complicated young emotions – one that every student, IIT or not, should watch.

This 2019 Indian-Assamese movie starts off slow with non-actors Lima Das and Arghadeep Baruah. A love story between a PhD student and a married pediatrician that soon spirals out of control in the second half. The story kicks off with their shared love for eating meat (the subject of Baruah’s character, Sumon’s thesis). It is much about their love for food as much as it is about their equation, bordering on what is taboo. Wanting to give the other a piece of themselves to explore their love takes a turn that would cross most sensibilities or what one would term ‘abnormal’. Then again, one person’s normal is often another’s abnormal, a world that is often explored by filmmaker Bhaskar Hazarika. With no prior knowledge of his work, this was my first Assamese movie, and it only makes me want to explore this unexplored genre more. Premiered at the Tribeca Film Festival, the project garnered about five nominations in different categories, but that’s not the reason to watch this one. Watch it if you can fathom the lengths one would go for love, and if you can digest the storyline. Again, this one is not for the faint-hearted.

After watching hordes of Crime Patrol and Saavdhan India episodes, Netflix’s documentary based on Indian cops embroiled in gruesome crime stories doesn’t really shock you. It, in fact, enthralls you into a simple narrative. The series explored three gruesome murders and one kidnapping that were resolved within days in Bangalore. Originally shot in Kannada and English, the show explores the life of cops investigating the case and that of the crime entrusted to them. While there is plenty of scope to improve in terms of direction and scripting, it’s a first-of-its-kind documentary made on Indian detectives. What I particularly liked about the series is how it changed the people involved in the investigation. Humanising the stories and building a connection will give you a real peek into their lives and their internal conflicts. Hoping that another season will rectify the smaller kinks, this documentary is a good start.

Also read: mid-day`s OTT recommendations: Five movies and shows that you can binge-watch