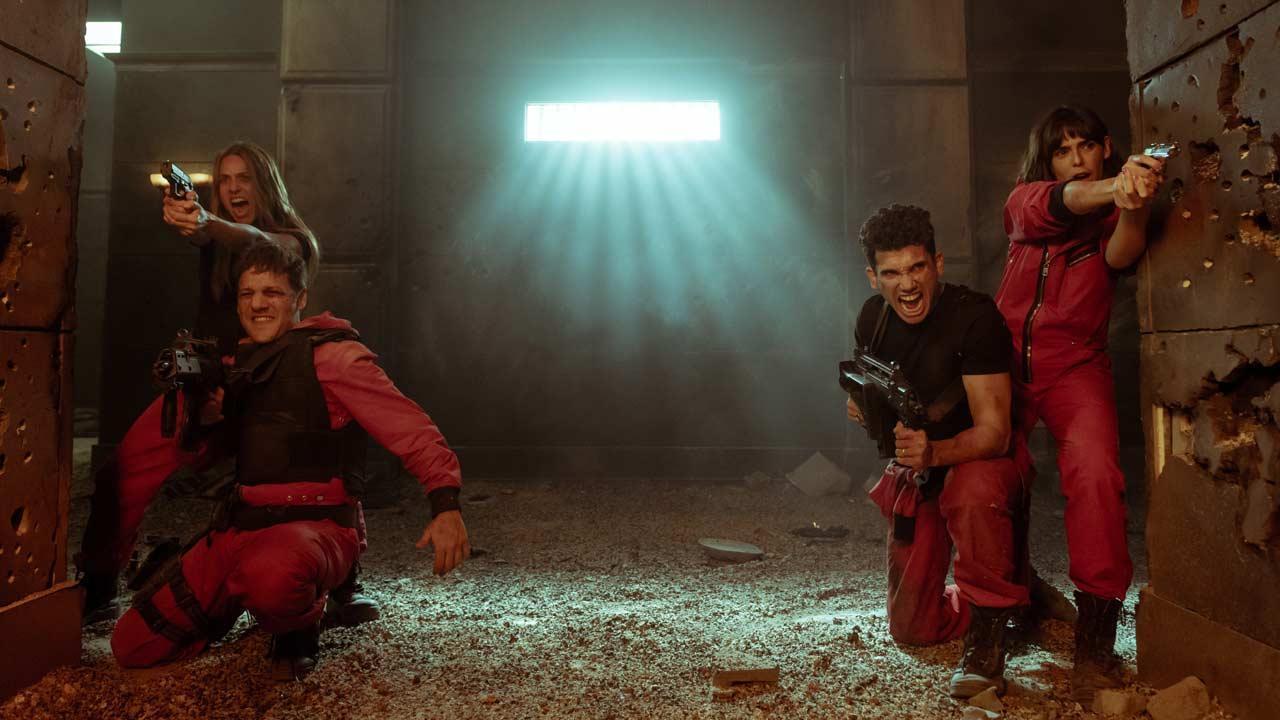 Spanish web series “Money Heist“, which has acquired a fan following around the world, is set to return for its culmination next month.

Netflix has unveiled a high-voltage trailer of Season 5 Volume 2 and each one of its frames screams “all aboard the hype train!”. It is filled with action, drama, an intense background score, nerve-wracking moments and glimpses of how things are going to unfold in the final part of the series.

The trailer opens with a tracking shot of its principal character, Professor, entering the Bank of Spain in a red Volkswagen Beetle. The ground is set for the ultimate showdown and the tension is conveyed with the help of adroit camerawork complemented by intelligent lighting and superior production design.

The narrative then dives into the emotions of loss and despair of its characters as they try to grapple with the situation around them before it spirals into a full-blown war between the two sides.

It also ties up the key events that have taken place in the series so far through a narrative string. As it approaches the crescendo, stoking the fire of emotions, it makes way for a perfect cliffhanger ending.

With the trailer declaring with a tone of finality, “The world`s greatest heist comes to an end”, it will be interesting to see how the final part of the series shapes up.

“Money Heist” Part 5 Volume 2, created by Alex Pina, is set to premiere on Netflix on December 3.