Neha Dhupia and Angad Bedi blessed with a baby boy 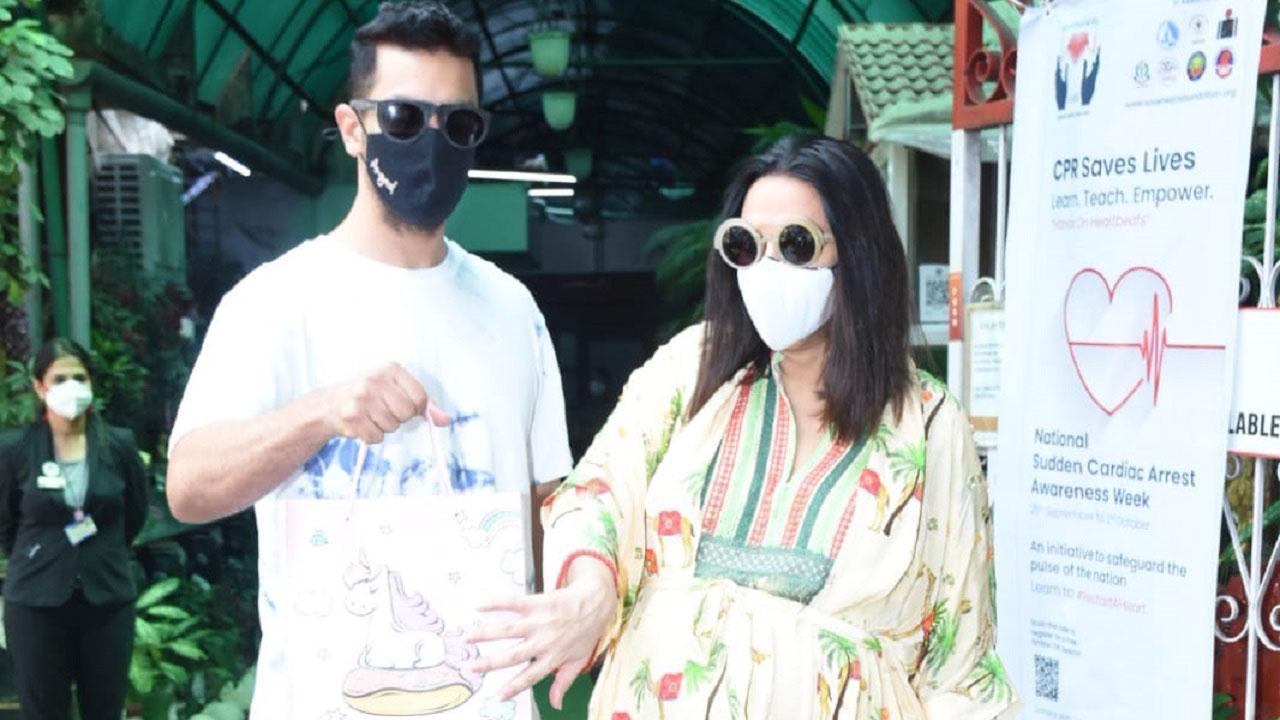 Good news for the Bedis as Neha Dhupia and Angad Bedi welcomed their second child, a baby boy, on Sunday. Just yesterday, the couple was spotted at Women`s Hospital in Khar.

Angad Bedi took to social media to announce the arrival of their new bundle of joy. “The almighty today blessed us with a baby boy. Both neha and the baby are well. Mehr is ready to pass on the “baby”title to the new arrival. #Bedisboy is here!!!!!Waheguru mehr kare @nehadhupia thank you for being such a warrior through this journey. Lets make it a memorable one for all 4 of us now,” he wrote.

Neha Dhupia and Angad Bedi got married in May 2018 and embraced parenthood in November in the same year when the actress gave birth to a baby girl they named Mehr.

At a surprise baby shower hosted by Soha Ali Khan at her house, Neha Dhupia was elated and wrote a long note along with pictures that had friends, food, and a delicious cake to welcome Baby no. 2. She wrote, “I had no idea today’s day would pan out like this … the sweetest “surprise” baby shower. …. I have to say girls you caught your khufiya Dhupia totally off Gaurd… Followed by an evening with our favourite massis in the making. I love you all loads … agali baar surprise ke pehle thoda bata dena … here’s to the ones who made it and the ones we missed … all my love , always.” [SIC]

On the professional front, Neha has acted in films like Qayamat, Julie, Ek Chalis Ki Last Local, Mithya, Phas Gaye Re Obama, De Dana Dan, and Tumhari Sulu. Now, Neha will be next seen in Vidyut Jammwal-starrer `Sanak`, directed by Kanishk Varma and produced by Shah along with Zee Studios. The film also stars Chandan Roy Sanyal in a major role.