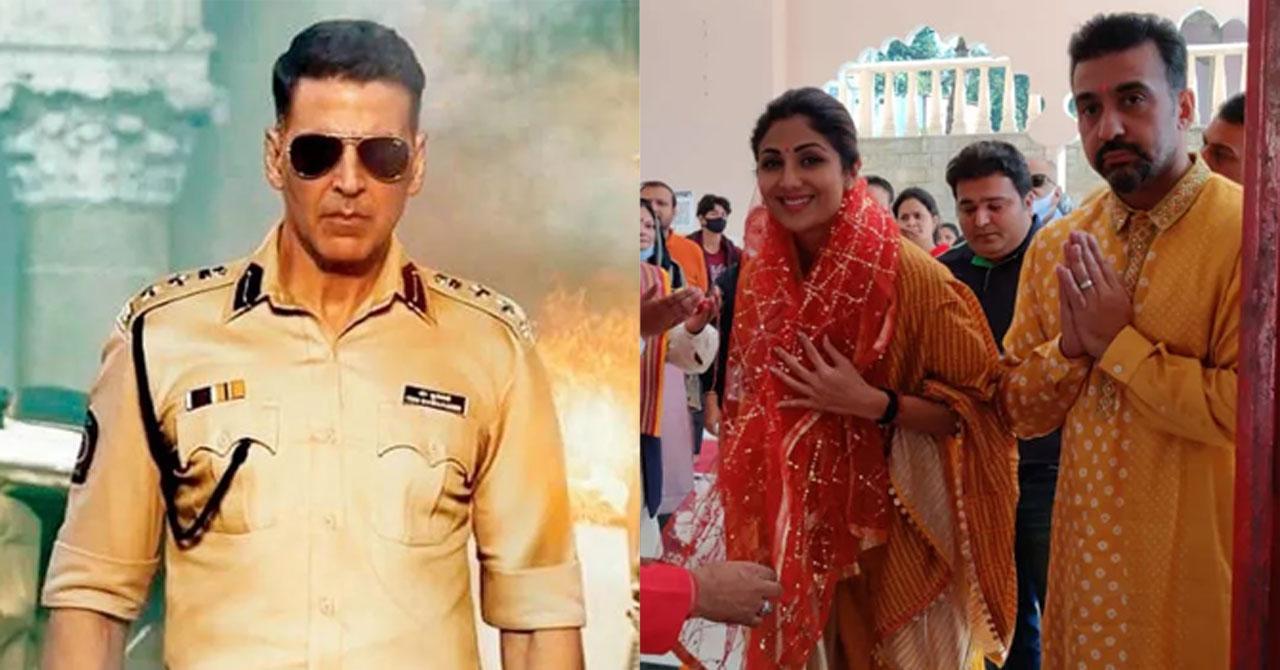 Akshay Kumar’s Sooryavanshi continued to shine at the box-office. Raj Kundra and Shilpa Shetty were spotted together after long. Nushrratt Bharuccha shared the first look of her new film Chhorii. Poonam Pandey’s husband was arrested on assault charges by the actress. Check out the trending entertainment stories of the day.

Sooryavanshi is a box-office winner

Akshay Kumar and Rohit Shetty’s Sooryavanshi is going great guns at the box-office and has minted over Rs. 91 crore at the ticket windows. It’s all set to hit a century tomorrow and is expected to score a double-century too. Read the full story here

After a very long time, Shilpa Shetty and Raj Kundra were spotted together after the latter’s bail in September. They visited a temple in Himachal Pradesh. Click here to check out the pictures

Bollywood actress Nushrratt Bharuccha shared the first teaser of her upcoming film Chhorri which seems to be a horror-drama. It will stream on Amazon Prime Video on November 26. Read the full story here

Poonam Pandey’s husband Sam Bombay was arrested by the Mumbai police for allegedly assaulting his wife. According to the police, the actress was admitted to the hospital after lodging the complaint. Read the full story here