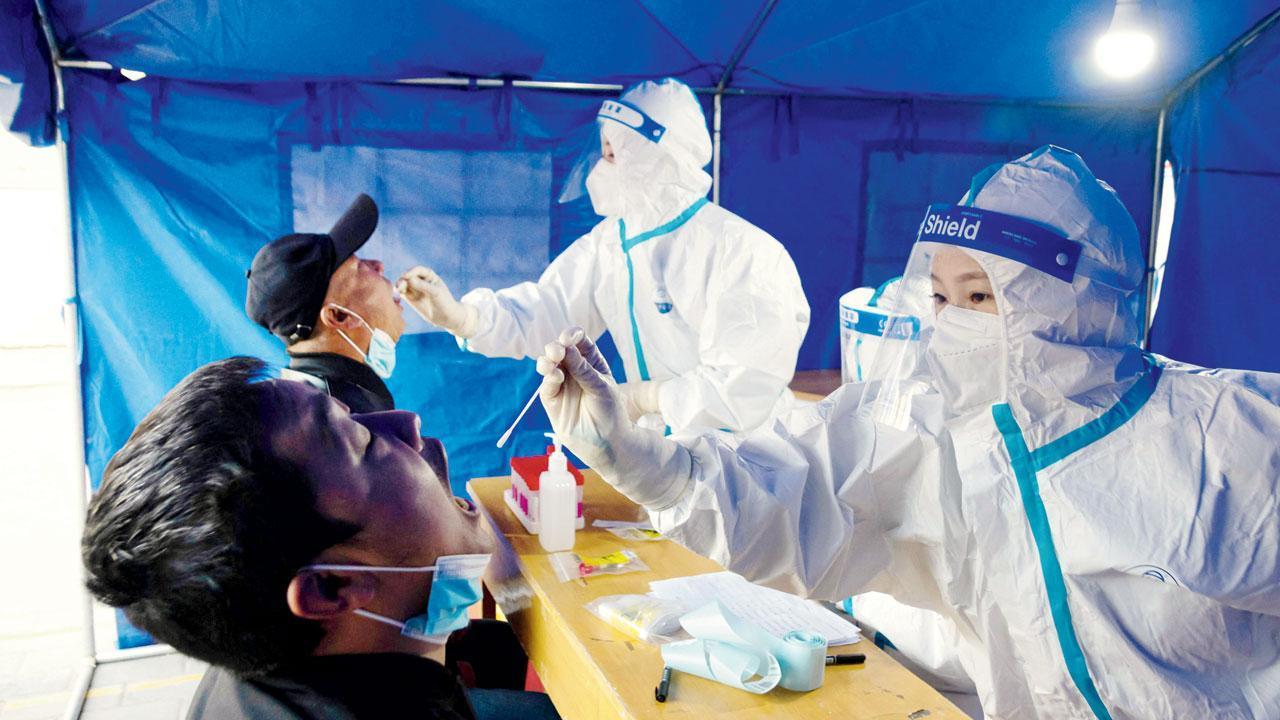 Omicron was first detected in a sample taken on November 8 in Gauteng, South Africa`s most populous province, and was officially reported on November 24.

The omicron variant has, so far, been detected in five of South Africa`s nine provinces and accounted for 74 per cent of the virus genomes sequenced in November, according to National Institute for Communicable Diseases (NICD) on Wednesday.

According to the NICD, nearly three-quarters of the 249 positive test samples that were checked genetically in South Africa in November were found to involve the Omicron variant.

“#Omicron dominates November sequencing data at 74 per cent of genomes (n183/249). Sequencing is ongoing to determine prevalence of Omicron in other provinces,” the NICD shared in a tweet.

New cases are rising sharply in South Africa, after having dropped to low levels in recent months. From a weekly average of around 300 new cases per day to 1,000 last week, and most recently 3,500, Wednesday saw 8,651 new cases. The share of tests that are coming back positive rose to 16.5 per cent, from 10.2 per cent on Tuesday, the institute said.

As of December 1, “the cumulative number of #Covid19 cases identified in South Africa are 2,976,613 with 8,561 new cases reported,” South Africa`s health ministry wrote on Twitter.

The rise in infections over the past two weeks is “exponential”… “The degree of increase is worrying,” Dr Michelle Groome of the NICD was quoted as saying by the Guardian.

Meanwhile, the World Health Organisation said that at least 23 other countries have reported cases of Omicron, and that it expects that number to grow.

The global health body said data on whether the mutations seen in the new variant made it more transmissible or better able to evade vaccine protection will be presented “within days,” but so far, “there is no evidence to suggest that the vaccines don`t work” against Omicron.

Many questions remain about whether this variant causes more severe illness than others, said WHO epidemiologist Maria van Kerkhove, adding that officials in South Africa had seen reports of Omicron cases with symptoms that ranged from acemild disease all the way to severe disease.” To date they had seen no deaths associated with the variant, the New York Times reported.

The Omicron variant “seems to cause much more breakthrough infections than the previous ones”, Tulio de Oliveira, director of the KwaZulu-Natal Research and Innovation Sequencing Platform, was quoted as saying.

He said that he was concerned about the threat of such infections among health workers, which would sap the country`s ability to cope with a surge in cases.

While de Oliveira cautioned against comparing Omicron and Delta, he said the super mutant new variant might swiftly supplant Delta in countries like South Africa where the older variant was fading, but perhaps not as readily where Delta is still spreading actively, he noted.