Skip to content
Home » Padma Shri honour will shut down those who keep speaking against me: Kangana

Padma Shri honour will shut down those who keep speaking against me: Kangana 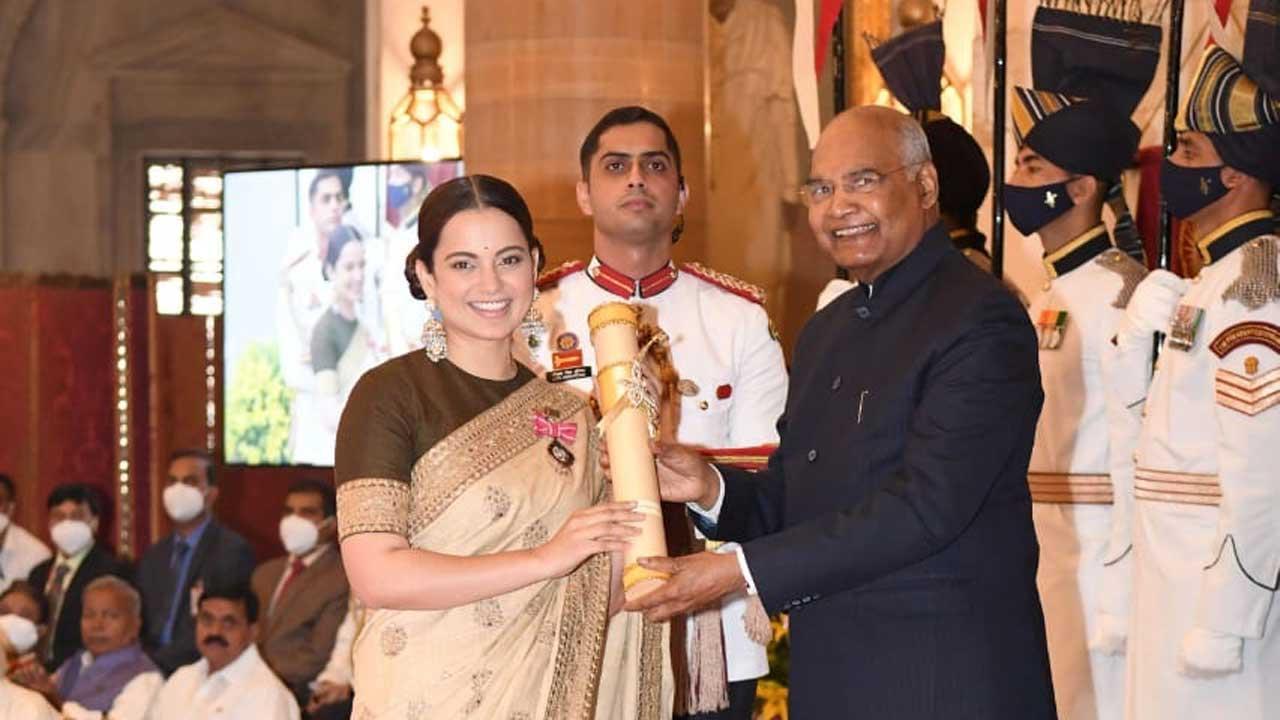 Actor Kangana Ranaut feels her Padma Shri win is a tight slap to those who judged her and questioned her for publicly raising her voice against several controversial issues.

“Paise se zyada dushman banaye hai maine. Jab jagrukta aayi desh ko leke toh desh ko todne wali shaktio ke khilaf awaaz uthai. Na jane kitne cases mujhpe hai….aksar log mujhse puchte hai kya milta hai mujhe ye krke…tumhara kaam nhi hai toh aaj un logo ka mujhe ye jawab mila hai..Padma Shri ke roop me jo mujhe samman mila hai bhaut logo ke muh band karega. Jai Hind. (I have made more enemies than money. When I became more aware about the country, I raised my voice against those who try to divide the nation. There are many cases against me, people keep on asking me what do I get by being outspoken, today they have gotten their answer. The honour of Padma Shri will shut down those who keep speaking against me. Jai hind),” she said in an Instagram video.

Kangana received the prestigious award by President Ram Nath Kovind at a ceremony hosted at the Rashtrapati Bhavan in the capital today.

She also expressed her heartfelt gratitude to her parents and guru.

“Humbled for this great honour…Padmashri. Heartfelt gratitude for my Guru and Parent,” she added.

For the special occasion, Kangana came dressed in a golden coloured saree with hair tied in a bun.

Also Read: Kangana Ranaut takes a jibe at those who insist on banning firecrackers