PHOTOS: Zeeshan Khan and girlfriend Reyhnaa Pandit indulge in PDA at the airport 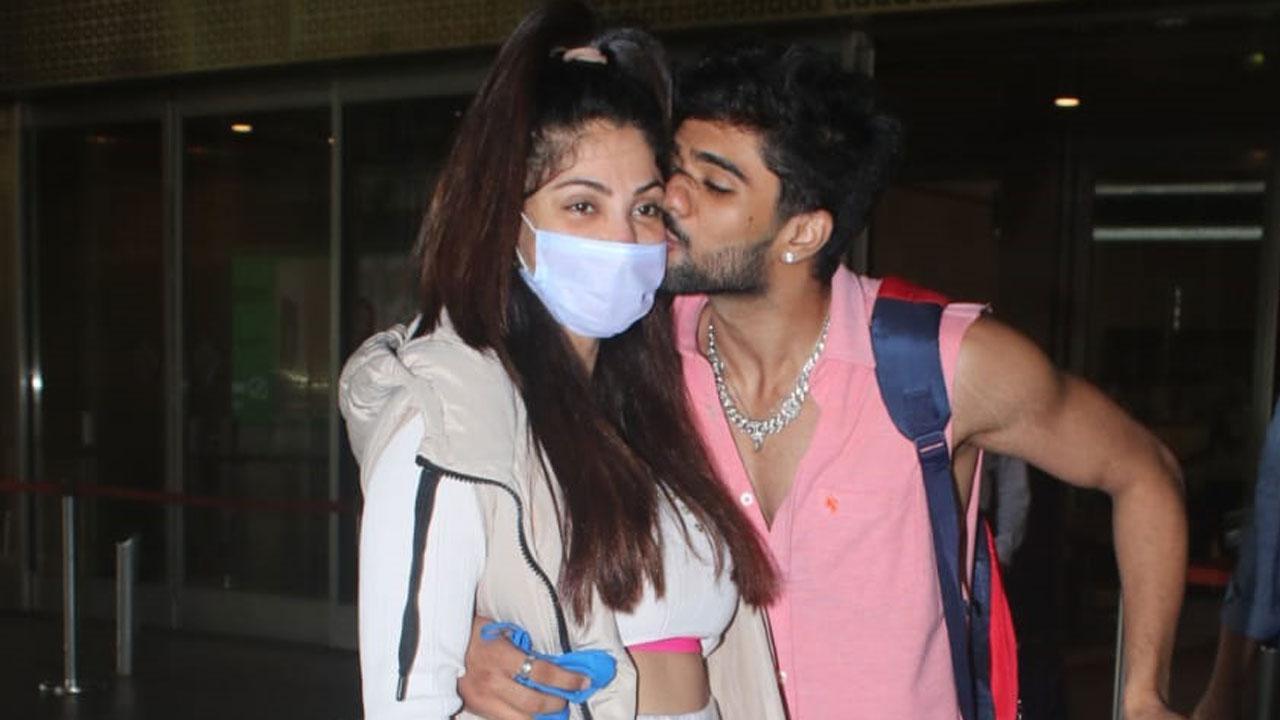 `Bigg Boss OTT` contestant Zeeshan Khan was spotted at Mumbai airport recently with girlfriend Reyhnaa Pandit. The couple indulged in some PDA while the paparazzi clicked pictures of them. From holding hands to kissing cheeks, Zeeshan and Reyhnaa looked like they couldn`t keep their hands off each other! We have some pictures…

It was only a few days ago that Zeeshan made his relationship Instagram official. The reality show star shared a loved-up picture with Reyhnaa Pandit with the caption, “From my bestfriend to being the love of my life, from my happiness to being my peace of mind! You are everything I wished for and more! Each second I spend with you, every breath i take in your presence fills my heart with a love that`s only described in fairytales (sic)!”

While Zeeshan got eliminated from Bigg Boss OTT quite early on, he became popular for his stint in `Kuch Toh Hain Tere Mere Darmiyaan` and `Kumkum Bhagya`. Zeeshan was also a part of `Parvarrish – Season 2`, where he played the popular character of Jonthy Sharma.

Speaking of their airport looks, Reyhnaa Pandit was chic and casual in a pair of tie-dye shorts, a white crop top and long jacket. Reyhnaa was seen in digital and television shows like `Ratri Ke Yatri`, `Kumkum Bhagya`, `Ishqbaaaz`, and `Jamai Raja`. She was also part of a few films like Ajay Devgn`s `Tanhaji: The Unsung Warrior`, `Jackpot`, `Babloo Happy Hai`, to name a few.

Zeeshan, too, was casual in a pair of blue shorts and a pink sleeveless shirt. Speaking of his Bigg Boss OTT stint, Zeeshan was asked to leave on an immediate basis after his spat with co-contestant Pratik Sehajpal, who is now a housemate on Bigg Boss 15.