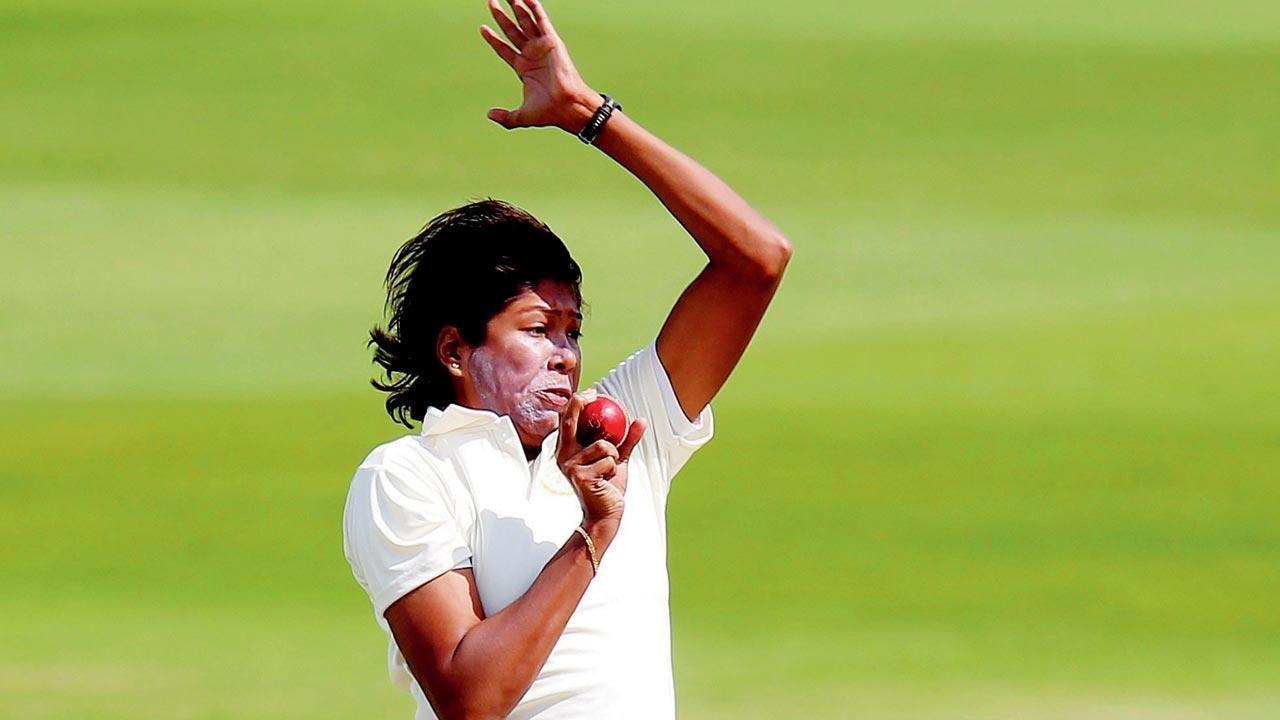 India dictated terms to mighty Australia who did everything they could to survive the difficult overs under lights and finish the third day of the rain-marred Pink-ball Test at 143 for four.

At stumps, Australia trailed the visitors by 234 runs after veteran seamer Jhulan Goswami (2/27) bowled beautifully and struck twice to leave them at 63 for two at one stage. India declared their first innings at 377 for eight.

Mithali Raj`s side was lucky as the umpire gave Australian captain Meg Lanning (38) out wrongly, raising his finger despite an inside edge and bringing to an end her ominous stay in the middle. On that occasion, the lucky bowler was Pooja Vastrakar (2/31). There was a fair bit of dew though and that obviously did not help the India bowlers, who kept things tight for a major part of the Australian innings.

After Tahlia McGrath (28) hit Vastrakar`s wide and short delivery straight to Smriti Mandhana at point to leave the hosts at 119 for four, Goswami was brought back with two slips, a gully and a silly mid-off, but Ellyse Perry (27 batting) and Ashleigh Gardner (13 batting) survived. The dismissal of Lanning raised questions about the absence of DRS, which was supposed to be part of the game but the organisers could not go ahead with their plans.

Earlier, Goswami struck twice to reduce Australia to 69 for two at tea after India declared their first innings. India got the timing of declaration right considering that batting is most difficult in the second session of a day/night Test with pink ball owing to factors related to light.

Australia recovered nicely after losing Beth Mooney early as the duo of Alyssa Healy (29) and skipper Lanning not only steadied the ship but also played some exquisite shots. However, shortly before the break, Goswami delivered for the visitors with her magnificent bowling.

After softening Healy with a few short stuffs, Goswami bowled a length ball, got it to move just enough for the batter to nick it to the waiting hands of wicketkeeper Taniya Bhatia. This was after the 38-year-old fast bowler cleaned up Monney`s stumps with one that came back at the left-handed opener, even as the batter looked to flick it on the leg side.

For India Deepti Sharma made a fine 66, finishing as the team`s second best scorer, a day after opener Smriti Mandhana`s magnificent maiden hundred in the format. Earlier in the day, India dug in deep, instead of going for quick runs, to reach 359 for seven at dinner.
Resuming at their overnight score of 276 for five after rain and lightning had brought a premature end to the second day`s play at the Carrara Oval, the Indians scored 83 runs for the loss of Taniya Bhatia and Pooja Vastrakar`s wickets in the long first session.

Taniya made 22 off 75 balls, while Vastrakar made 13. At the dinner break, Deepti Sharma was batting on 58. Taniya`s dismissal brought to an end a 45-run stand for the sixth wicket with Sharma that came at a much slower pace than Thursday as the two teams seemed like they would be contend with a draw rather than forcing a result after a significant part of the match was wiped out by inclement weather.

The duo of Taniya and Sharma consumed more than 28 overs to get those 45 runs. It was Stella Campbell, who dismissed Taniya, caught behind by Alyssa Healy off a back-of-a-length delivery on off stump that moved away, for her first Test wicket.

While they did not lose many wickets, what did not help India`s cause was that the batters could not capitalise on the loose balls on a pitch that looked pretty flat. Deepti as usual was very slow and never played the attacking game which could have resulted in an earlier declaration. Meanwhile, Sharma, who started the day on 12, got to her second Test fifty with a sweep behind square, reaching the landmark in 148 balls with the help of five boundaries.

Ellyse Perry gave the team another breakthrough when she had Pooja Vastrakar brilliantly caught by Beth Mooney at gully as the batter looked to drive through covers. This was Perry`s 300th international wicket, even as Sharma went past her previous best Test score of 54. Perry is the only woman cricketer with 5000 international runs and 300 wickets.