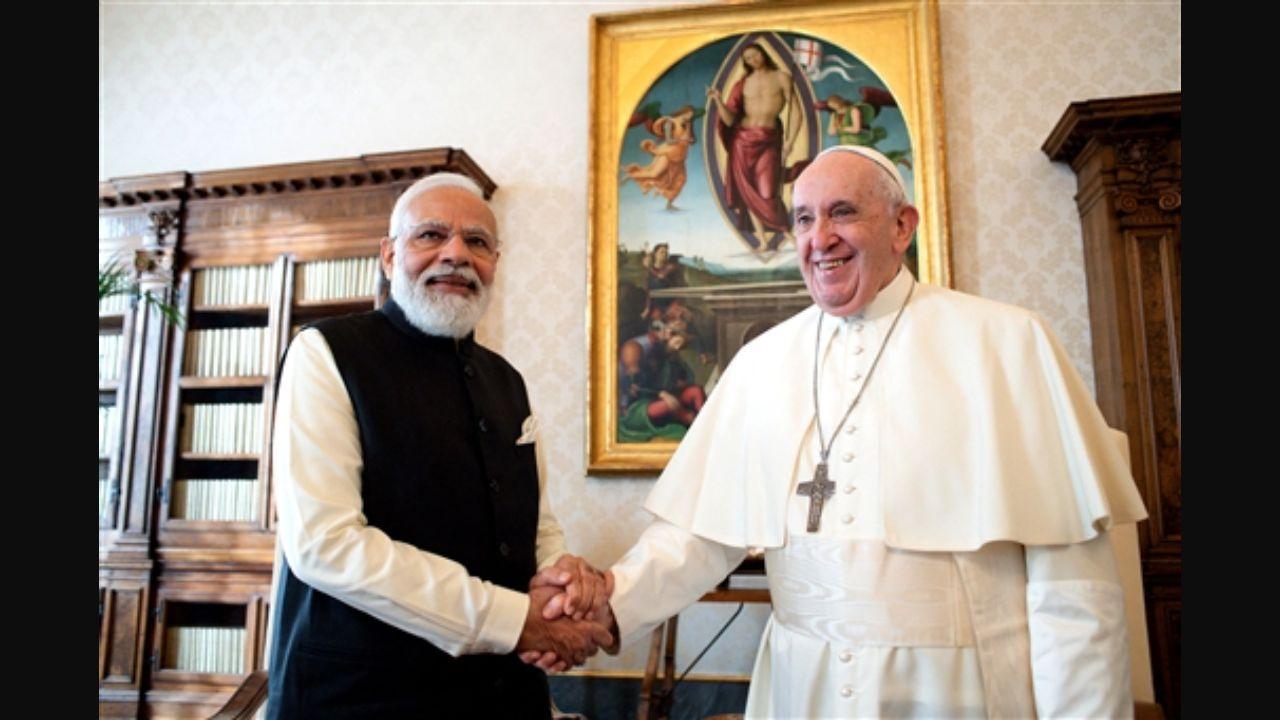 Prime Minister Narendra Modi invited Pope Francis to visit India as he called on the head of the Catholic Church at the Vatican in their first-ever one-to-one meeting.

At the Vatican, Modi was accompanied by National Security Advisor Ajit Doval and External Affairs Minister S Jaishankar. It was the first-ever one-to-one meeting between Prime Minister Modi and Pope Francis, the head of the Catholic Church. Modi is also the first Indian Prime Minister Francis has met since becoming Pope in 2013.