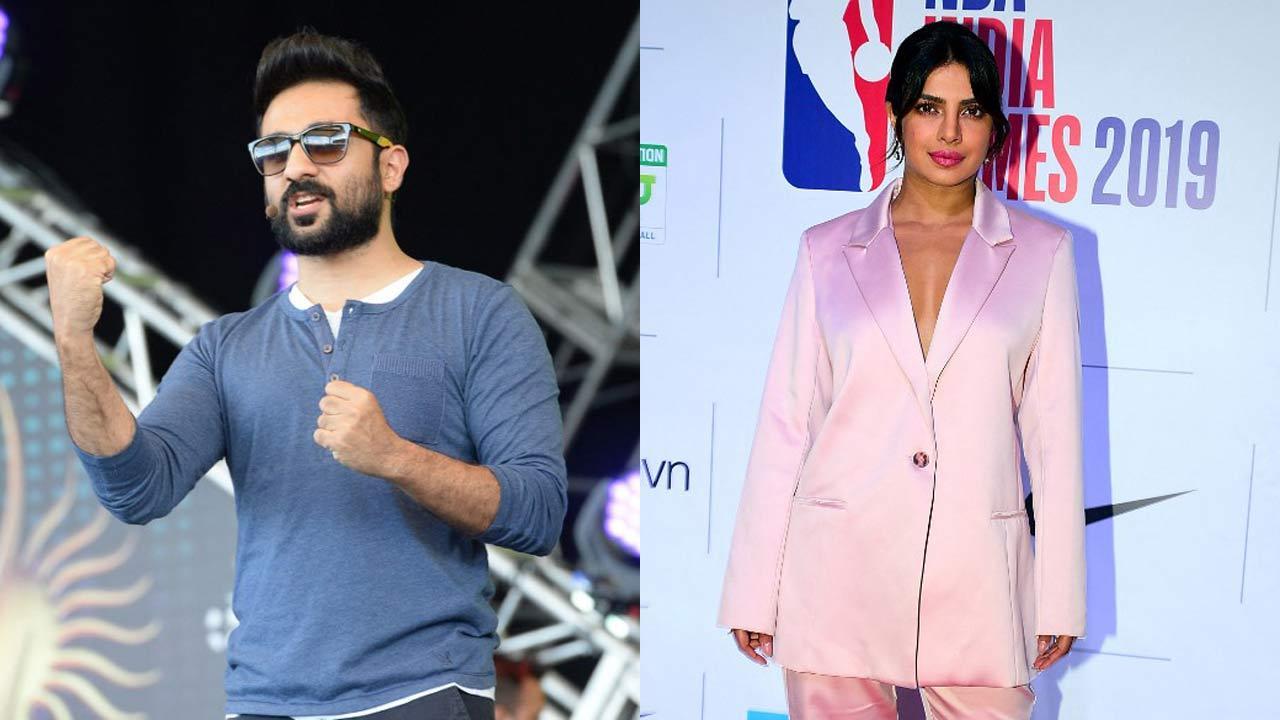 Global star Priyanka Chopra penned an appreciation note for comedian Vir Das who was nominated for his comedy special at the International Emmy Awards 2021. Vir Das represented India at the International Emmy Awards 2021 held at the Casa Cipriani in New York City on Monday night. Lauding him, Priyanka re-shared his post on her IG story and wrote, “Congratulations @virdas u make us so proud!”

Vir`s standup `Vir Das: For India` got nominated in the Best Comedy category alongside the likes of `Call My Agent Season 4`, `Motherland Christmas Special` and `Promesas De Campana`.

`Call My Agent Season 4`, set among agents at a Paris talent rep firm, took the prize for comedy. Nevertheless, Vir was delighted to receive a medal for nomination and enjoyed his delicious salad. Taking to his Instagram handle on Monday, he shared pictures of his medal and meal, along with an interesting caption.

He wrote, “I was nominated for best comedy at the International Emmy Awards, for jokes. Call My Agent, a gigantic beautiful show I love won. But I got this medal and ate this fantastic salad with a very interesting crispy cheese topping. It was an honour to represent my country. Thanks so much to the @iemmys For India. It`s always for India. #VirDasForIndia.”

Also Read: `Laughter is a celebration; that`s what happened in that room`

Meanwhile, actor Nawazuddin Siddiqui was also nominated for the best performance by an actor category for his Netflix movie `Serious Men` but lost out to Scottish actor David Tennant.

Actor Sushmita Sen`s `Aarya`, a Disney+ Hotstar series helmed by Ram Madhvani, was also nominated in the Best Drama Series category. However, the Emmy was bagged by Israel`s `Tehran`.

Speaking about Vir, he recently made headlines for his video on YouTube, titled `I come from two Indias` that was a part of his recent performance at the John F Kennedy Center in Washington.

In the six-minute-long video that Vir uploaded on his YouTube channel on November 15, he could be heard contrasting the dark sides of India by taking a dig at issues like — its battle against COVID-19, gang rapes, farmers` protest and more.

Several social media users including politicians mocked Vir and a police complaint had also been filed against him at Tilak Marg Police Station in the national capital for allegedly using derogatory language against India during the event held in the US.

Also Read: `If you didn’t laugh, I hope you find something else that gives you joy`