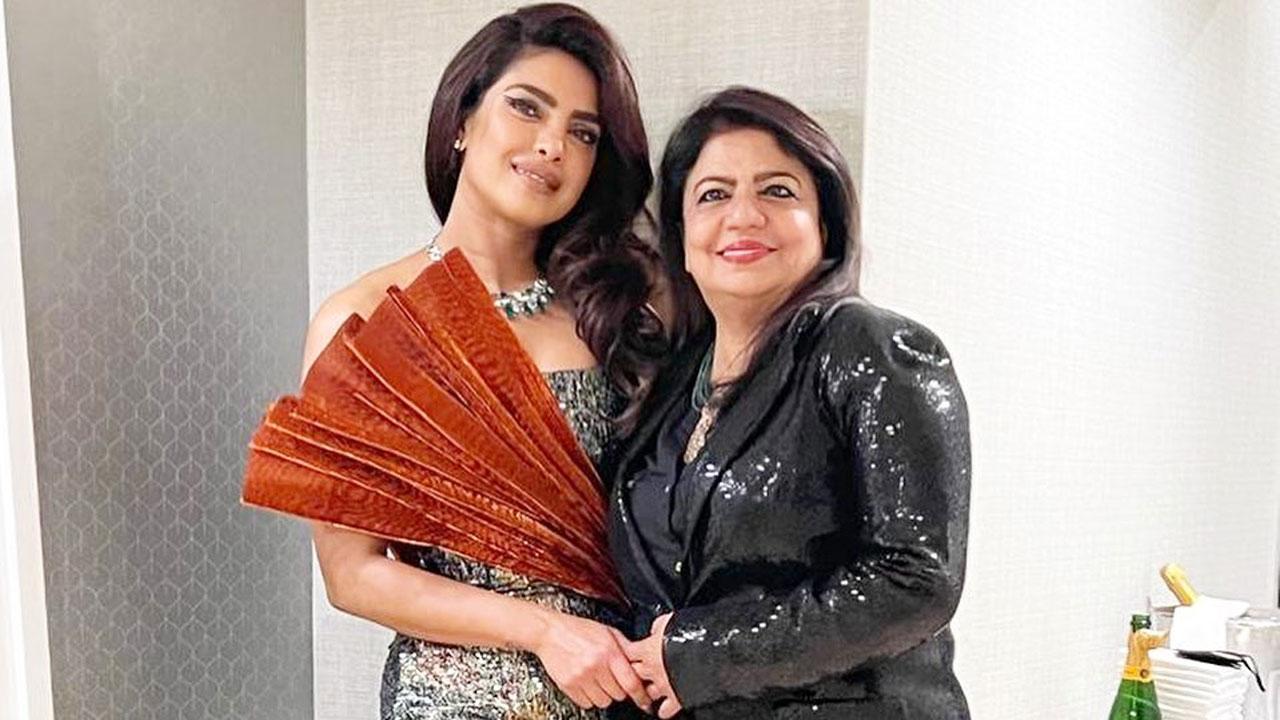 Priyanka Chopra has carved a niche for herself both in India and Hollywood. Her mother Dr. Madhu Chopra cannot stop feeling proud. She has penned a note for her success. Chopra penned a long and heartfelt note on Priyanka Chopra`s achievements and wished her for her  future endeavors.

She shared a picture with Priyanka and wrote- “Celebrating the dedication you’ve shown on the way to this achievement. You’ve earned every bit of the success. Heartfelt Congratulations and Best wishes for the launch of Matrix and all your future endeavors.”

Priyanka, who is currently awaiting the release of her upcoming sci-fi action film `The Matrix Resurrections,` discussed how growing up watching the Matrix trilogy shifted her expectations from cinema.

According to People magazine, the 39-year-old star appeared on Thursday`s episode of `Late Night with Seth Meyers` for the promotion of her upcoming film `The Matrix Resurrections`. During the show, Priyanka admitted that she kept the script in a “vault” to keep its twists secret while preparing for her role for the much-awaited movie.
The former Miss World also recalled seeing the 1999 original film for the first time, reminiscing on the franchise`s themes of technology and virtual realities. According to People magazine, the `Fashion` actor said that the Matrix universe shifted her expectations from cinema.

She said she would try to “talk about existential theories, when I didn`t even understand what the word meant” after seeing `The Matrix`. “It really shifted me and it shifted my expectations from cinema. … I had such larger expectations when I watched movies,” she explained.

Talking about how the latest Matrix reframes modern technology, she joked about targeted advertisements popping up on her social media, flagging products that she brought up in casual conversations with a friend. Priyanka said, “I`m fully, fully paranoid. Everyone`s listening.” Priyanka also appeared at the 100th episode of Red Table Talk, with co-stars Keanu Reeves, Carrie-Anne Moss and Jada Pinkett Smith to discuss the movie and how she got her steps into the Matrix universe.