Ranbir Kapoor, Alia Bhatt back in town after their dreamy vacation; see photos 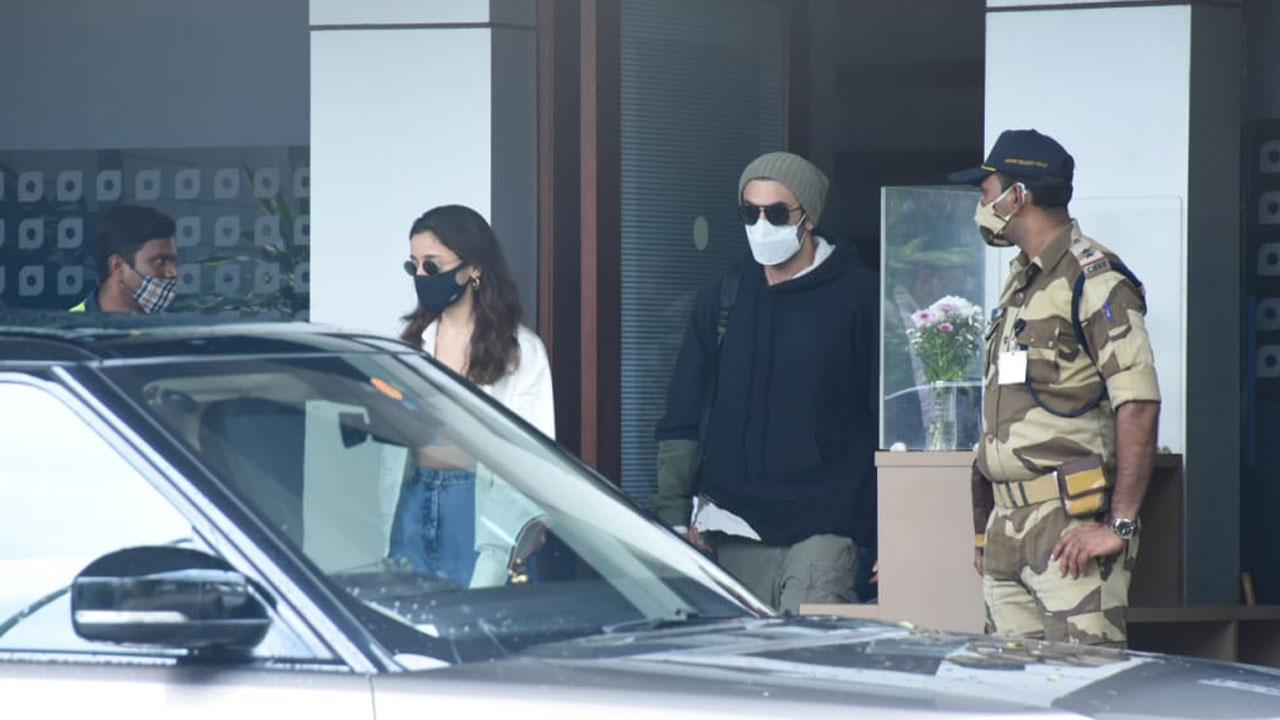 Ranbir Kapoor and Alia Bhatt were recently in Jodhpur and the occasion was the ‘Rockstar’ actor’s 39th birthday. It was a rather intimate celebration away from the flashbulbs and limelight. The actress even posted a lovely picture of the two sitting and enjoying the sunset and called him her life.

They were spotted at the Jodhpur airport earlier today where fans gathered to click selfies. They were traveling back to Mumbai after their intimate vacation in Jodhpur.

A few hours later, the couple was clicked at Kalina Airport in the city. While Ranbir Kapoor was spotted in black, Alia Bhatt was seen wearing white.

They are coming together for the first time for the Superhero trilogy ‘Brahmastra’. This ambitious project also has names like Amitabh Bachchan, Nagarjuna, Dimple Kapadia, and Mouni Roy in its ensemble. Earlier titled ‘Dragon’, it was slated for a December 4, 2020, release before the Coronavirus pandemic hit.

Ranbir received several messages from friends and family on social media. Riddhima Kapoor shared a cute family picture and wished her Rockstar brother. Arjun Kapoor shared a throwback picture and requested Alia to click some decent pictures of him with the actor.

Coming to Alia Bhatt, the actress is also a producer now and will be co-producing and acting in her maiden production called ‘Darlings’. The name of her company is Eternal Sunshine and it has partnered with Shah Rukh Khan’s Red Chillies for this dark comedy that also stars Vijay Varma and Shefali Shah. Apart from this, there’s SS Rajamouli’s opus ‘RRR’, also starring Junior NTR, Ram Charan, and Ajay Devgn.

There’s Sanjay Leela Bhansali’s ‘Gangubai Kathiawadi’ too, of course. And then the buddy movie with Priyanka Chopra and Katrina Kaif directed by Farhan Akhtar, titled ‘Jee Le Zaraa’. Last but not the least, mentor Karan Johar returns to direction after six years to make his next film called ‘Rocky Aur Rani Ki Prem Kahani’ with her and Ranveer Singh. The rom-com also stars Dharmendra, Jaya Bachchan, and Shabana Azmi.