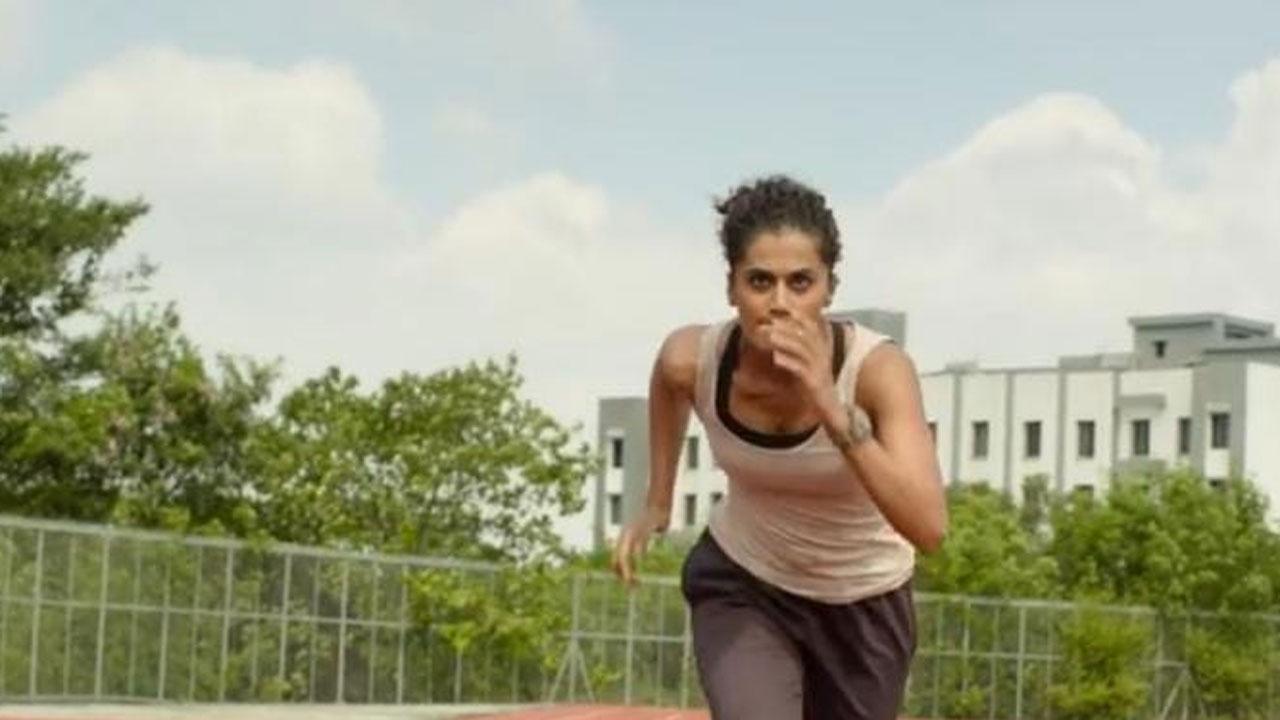 Set in the salt marshes of Kutch, Rashmi Rocket is about a young girl from a small village, blessed with a gift. She`s an incredibly fast runner who dreams of crossing the finish line. In the journey to fulfilling her dreams, she soon realizes that the race to the finish line is peppered with many hurdles, and what seems like an athletic contest turns into her personal battle for respect, honour, and even her very identity.

Living up to the movie title, the trailer of ‘Rashmi Rocket’ showcases an inspiring narrative of its lead protagonist and her journey to become Rashmi Rocket. It’s full of impactful dialogues, emotions, and a lot of drama with Taapsee Pannu’s acting prowess taking centre stage. The versatile actress appears strong and sensitive in equal parts which balances the palpable energy of the film. Giving her a thrust is the impeccable and talented supporting cast. Don’t miss the moment with Taapsee holding India’s flag that will surely give you goosebumps and the belief that the trailer was worth the wait!

Taapsee Pannu says, “This film is very differently special. I’ve always been approached when either the script or the director is ready to make the film but one line of this story fell in my lap in Chennai and then from there to it becoming a full fledged film has been a feeling I haven’t experienced with any other film before. Everyone was just so sure about the story from day 1 that it was never a tough job to convince any of the stakeholders to join hands and give their best for this film. Hence the result of this film will affect me a lot more than my other films. Also, I’m extremely proud of it.”

Says filmmaker Akarsh Khurana, “When Pranjal and Taapsee got Nanda`s story idea to me, I was instantly hooked because while it is a film that covers a lot of ground, it is essentially about the triumph of the human spirit. It also offered the opportunity to tackle some serious issues, while still being emotional and gripping. I couldn`t wait to sink my teeth into it. And now I can`t wait for people to see the final outcome.”

Adds producer Ronnie Screwvala, “So many immensely talented youth do not reach their full potential or even have opportunities owing to the obstacles the system and society throw at them. Rashmi Rocket is one such example of someone who overcame those hurdles and faced those obstacles head on. It’s a story of resilience, determination and above all the fighting human spirit.”

Says Pranjal Khandhdiya of Mango People Media, “While several films have been made on sports, Rashmi Rocket, isn’t just about struggles on the field, but in life; struggles that women in the sports arena continue to face. The story needed to be brought to life with great sensitivity and craft and

who better than Taapsee to take on the challenge.”

Also Read: Taapsee Pannu: Wanted the power to take my own calls